Aug. 2: Tudor Dixon: What to know about the Republican taking on Michigan Gov. Whitmer

Five Michigan Republicans running for governor in Tuesday’s primary have some of the lowest name recognition of candidates in modern memory, pollsters have said.

So if you’re still stumped about who to vote for, you’re not alone. Here’s a refresher on all five candidates vying to advance past Tuesday and take on Gov. Gretchen Whitmer, a first-term Democrat, at the Nov. 8 general election.

None of the candidates have held elected office and all have similar positions on the issues, favoring criminalizing abortion and opposing gun control and what they consider critical race theory. But there are some differences.  For more detail, check out earlier Bridge reporting on their stances on abortion, race and gender,  guns and taxes, jobs and the economy, and education. 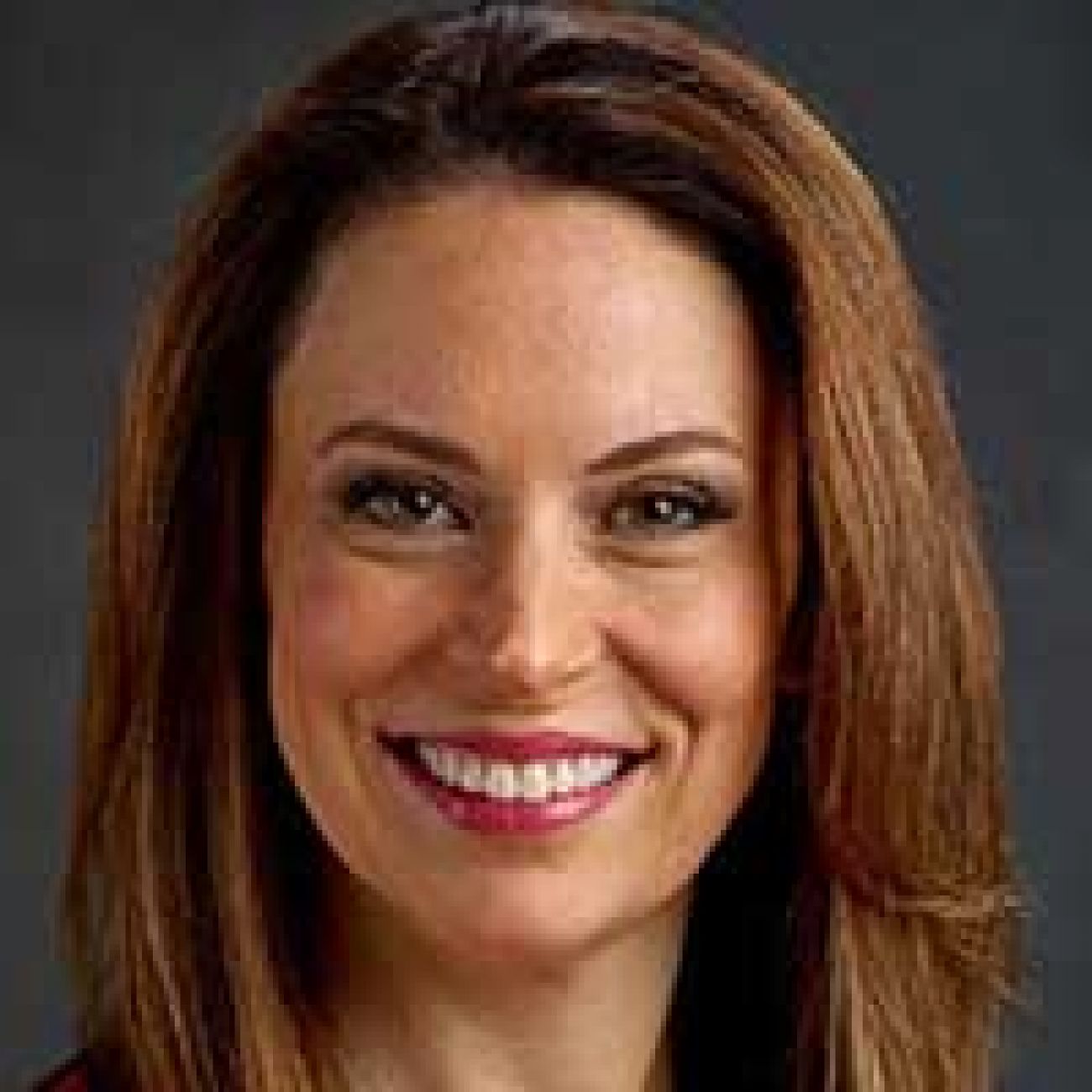 Dixon, 45, lives in Norton Shores with her husband and four daughters. She worked in the steel industry, including her family’s company, for most of her career. In 2017, she founded a subscription-based news service, Lumen Student News, that provided content and promoted American exceptionalism. She also was a commentator on Real America's Voice, a streaming news service.

At a glance: In recent weeks, Dixon has emerged as the frontrunner, scoring the endorsement of former President Donald Trump, the powerful DeVos family in west Michigan and groups including the Michigan Chamber of Commerce, Right to Life of Michigan and the Police Officers Association of Michigan.

Issues: Dixon is running as a conservative mother who made early waves in the campaign vowing to stand up to what she called liberal indoctrination in schools. She’s proposed the Parents Right to Know Act” that would make schools post their curriculums and teaching materials online and publicize any diversity, equity and inclusion programs or consultants. She also wants to make it a crime to take children to drag schools. Like other candidates, she has spoken out against what she considers critical race theory and against efforts to curb guns following mass shootings.

Controversies: She has backed Trump’s false claims about election fraud in Michigan in 2020, but this weekend, dodged a question on national television about whether the 2020 election was stolen from Trump, saying the election is “certainly a concern.” That prompted fellow candidates to accuse her of being less than loyal to Trump. 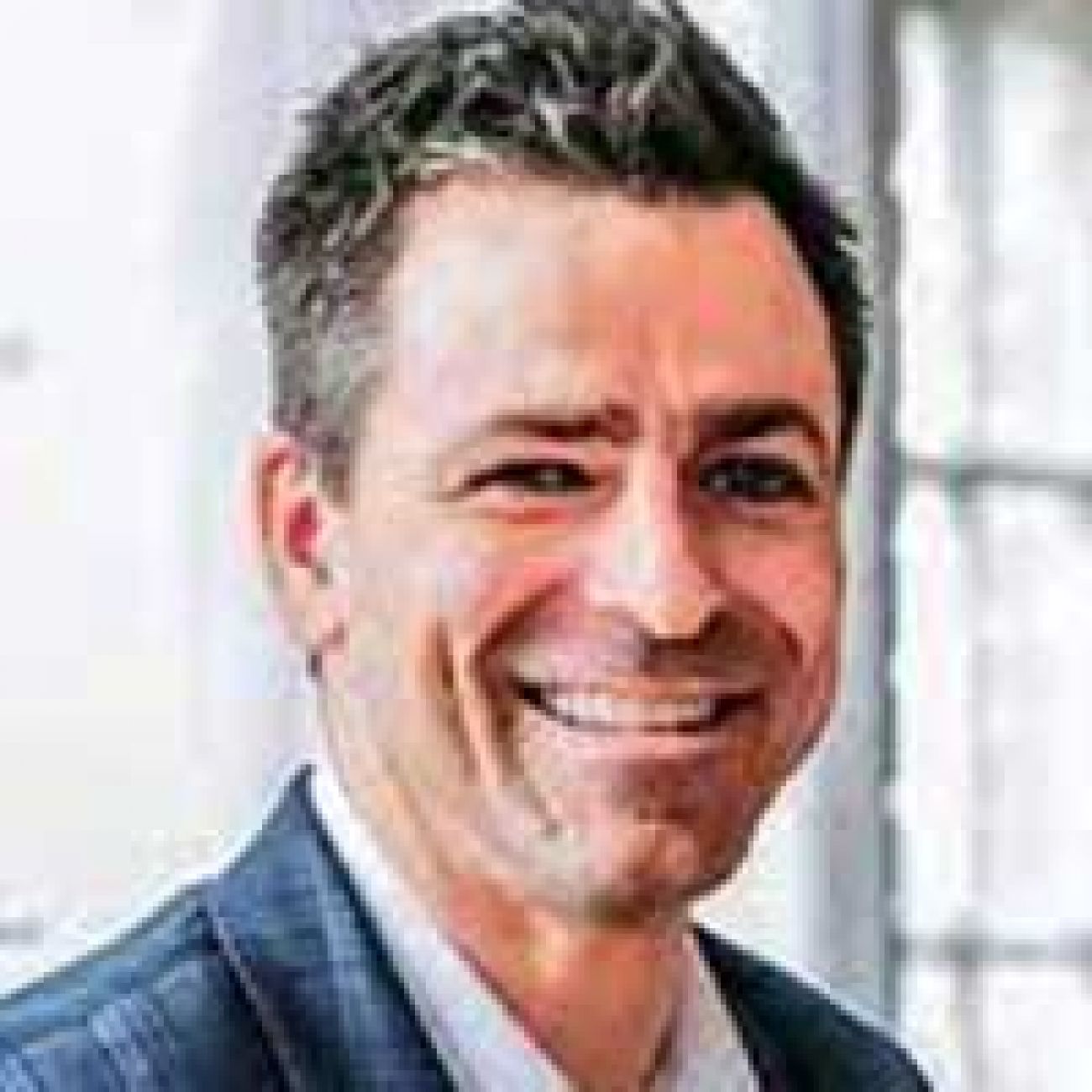 Kelley, 40, is an Allendale real estate broker who was a well-known YouTube “content creator” before pivoting to politics. He rose to prominence in 2020 organizing protests against Whitmer’s COVID-19 lockdown. He was arrested in late June on misdemeanors related to allegations he participated in the Jan. 6, 2021, Capitol riots. He has pleaded not guilty.

At a glance: Kelley has picked up considerable grassroots support from the Make America Great Again wing of the Republican Party, speaking out against COVID-19 vaccines and supporting Trump’s false claims about widespread voter fraud. His arrest related to the Capitol riots briefly catapulted him to the top of polls.

Issues: Kelley wants to toughen voter ID rules, ban absentee drop boxes, cancel contracts with voting machine companies and require clerks to hand-count ballots, a process that would require weeks to tabulate results. He also wants to "decertify" the 2020 presidential election results in Michigan, reject federal dollars for the state Department of Education and realign “our country’s values with our education system” by eliminating public school positions devoted to diversity and equity. He also said the Supreme Court should allow state-level bans on gay marriage.

Controversies: In a field of arch-conservative candidates, Kelley is perhaps the farthest right and even his admirers have doubted his electability against Whitmer, should he advance in the primary. He’s also facing misdemeanors related to the riots that could imprison him for a year. 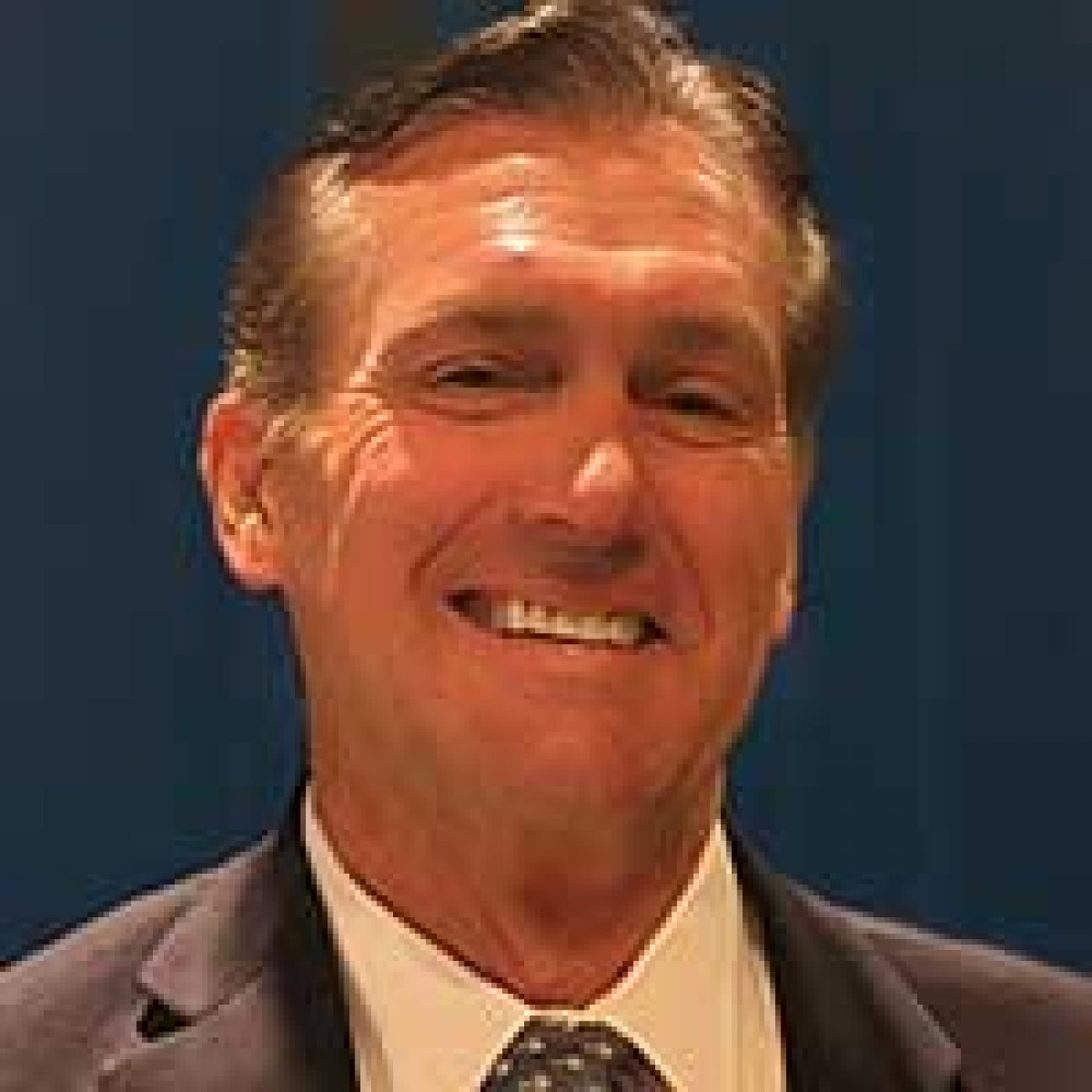 Rebandt, 64, is a retired pastor from Farmington Hills who wants to bring “Judeo-Christian” values back to Michigan. Founder of Oakland Hills Community Church, Rebandt is the father of four children.

At a glance: In what has been a toss-up race for weeks, one thing has been consistent: Rebandt has polled at less than 2 percent in public opinion surveys and is considered the longest of long shots in the primary.

Issues: Rebandt is running a campaign heavy on morality, speaking out against gay marriage, transgender issues and advocating teaching the Bible as a textbook in schools. He is alone among all candidates to support no exceptions to criminalizing abortion, including the life of mothers, and wants to immediately suspend Michigan’s residential property tax for seniors..

Controversies: Rebandt has proposed eliminating all funding for higher education in Michigan. The state’s budget is $530 million for community colleges and $2 billion for universities, and such a cut would devastate many schools. 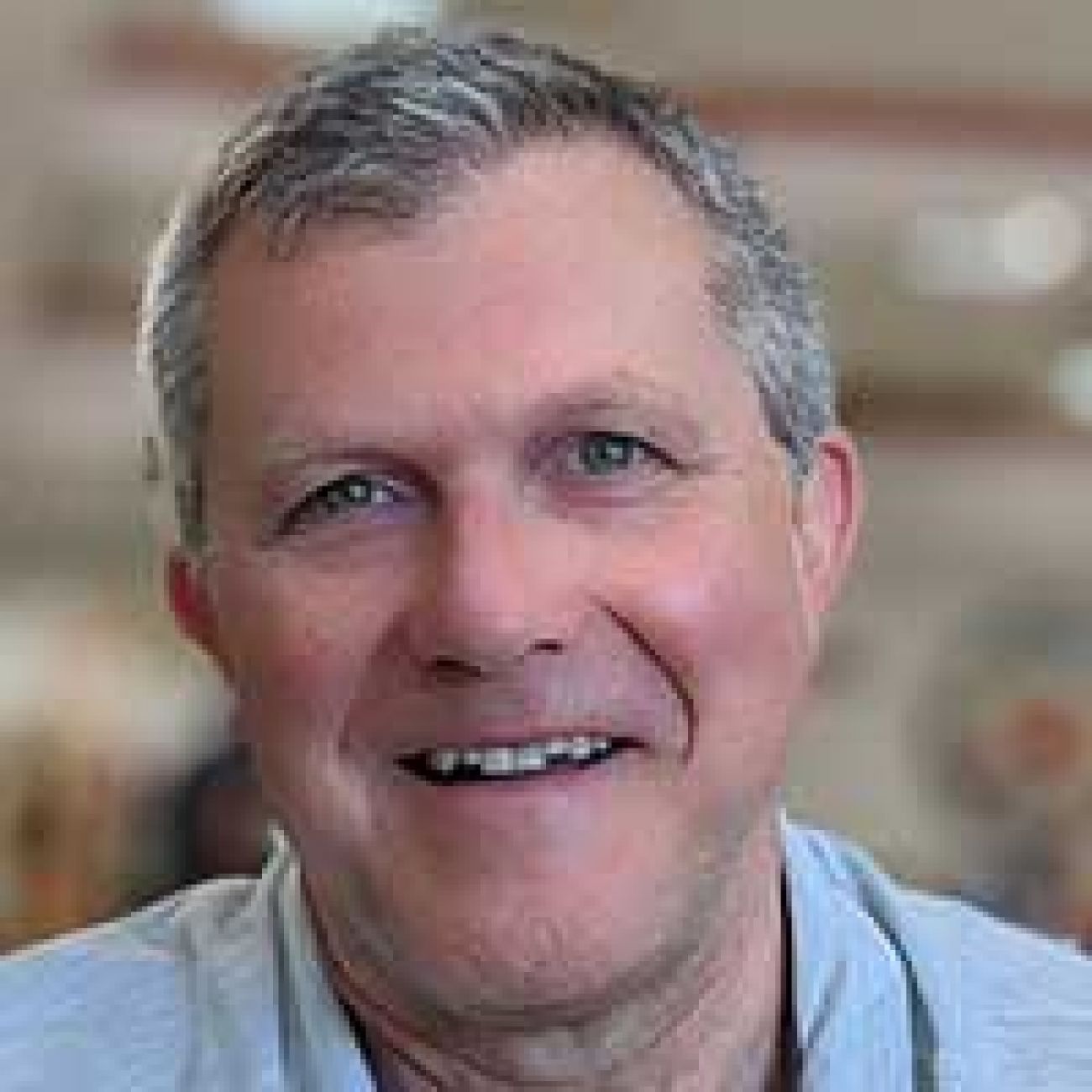 Rinke, 61, is a Bloomfield Hills businessman and father of three who owned a well-known car dealership in metro Detroit and other businesses. He has loaned his campaign $10 million and been an aggressive campaigner through television ads and a statewide tour.

At a glance: Rinke is probably the most moderate of all the candidates, but he is still quite conservative. He’s emulated his campaign around that of Trump, portraying himself as a can-do businessman who can make Michigan great with common-sense solutions.

Issues: Rinke is the only candidate who would allow abortion ban exemptions for pregnancies caused by rape and incest, not just to save the life of a mother.  He’s also said he’s "not seen anything to indicate” voter fraud cost Trump the election in Michigan in 2020, but he said election security still needs to increase. Rinke pledges to eliminate Michigan's 4.25 percent personal income tax within one year of taking office. The tax generates $12 billion in revenue for state and local governments and Rinke hasn’t said how he’d cut the state budget to make up the difference.

Controversies: While Rinke has said he sees no evidence of voter fraud, he repeatedly has capitalized on the conspiracy theory, airing an ad falsely claiming that dead people only vote for Democrats. He’s also questioned Dixon’s commitment to Trump for not directly answering a question about fraud during a national interview. Rinke has said he supports making Michigan a “constitutional carry” state by eliminating the need for a license to carry concealed pistols, but said in an interview that he may personally favor requiring background checks for firearm sales. 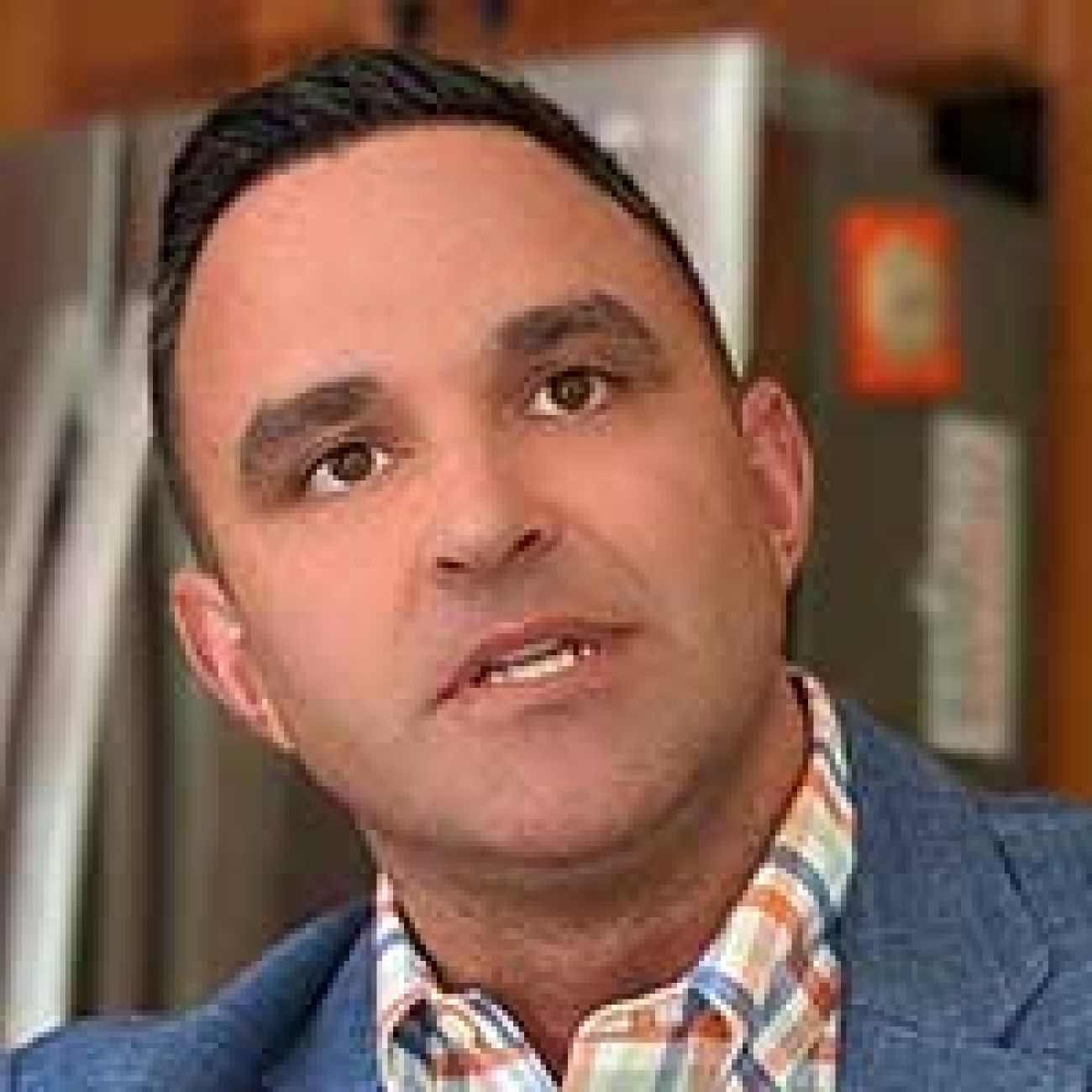 Soldano, 43, is a chiropractor and self-help author who lives outside of Kalamazoo with his wife and two sons. He turned to politics in 2020, when his Facebook group that opposed Whitmer’s COVID-19 quarantine exploded in popularity to more than 400,000 members. He later helped found Stand Up Michigan, an activist network that played a key role in repealing a 1945 law Whitmer used to issue pandemic orders.

At a glance: Soldano is popular among grassroots Republicans and he’s built what he’s called a “grassroots army” of supporters from rank-and-file voters tired of the pandemic and its orders. He’s unvaccinated and spoken out against mandates but acknowledges the vaccine saved lives of the elderly and obese.

Issues: Besides COVID policy, Soldano agrees with his competitors on most issues, identifying abortion prohibitions as his top concern, targeting what he calls the “woke groomer Mafia” that he claims is indoctrinating school children and proposing to make Michigan a “constitutional carry” state to arm citizens and prevent mass shootings.

Controversies: Soldano aired an ad that suggested Michigan schools provide gender reassignment services, which is false. A political action committee supporting his opponent, Dixon, has recently ran an online ad calling him a “snake oil” salesman for promoting juice cleanse supplements that, in a since-deleted podcast, Soldano claimed could help his family “get over” COVID.