Five questions about Foxconn: If Wisconsin balks, what’s it mean for Michigan?

LANSING — Wisconsin lawmakers are set to debate $3 billion in incentives for Foxconn Technology Group as the Taiwanese electronics manufacturer prepares to invest $10 billion and create at least 3,000 jobs to make liquid-crystal-display screens in the southeastern corner of the state.

The Foxconn incentives deal, which Washington, D.C.-based nonprofit Good Jobs First has pegged at one of the largest in U.S. history, is already struggling for support. Aside from being expensive, a new legislative analysis suggests it could take 25 years — until at least 2042 — for the state to break even, longer if the company does not create 13,000 jobs, as it proposed.

The Republican leader of the Wisconsin Senate has said he doesn’t yet have the necessary votes to approve the incentives legislation, leading Gov. Scott Walker to defend the package and project as “transformational” recently to The Wall Street Journal.

What does all of that mean for Michigan, in its own hunt for a Foxconn project? How does the state’s “Good Jobs for Michigan” income tax incentive stack up against Wisconsin’s offer?

Here are five things to know this week about Foxconn.

First, Foxconn said it would build an automotive research facility in Michigan, and days later it said it wasn’t. What’s really happening?

Gov. Rick Snyder met with Foxconn Chairman Terry Gou during a recent trade trip to China, which included a tour of a Foxconn manufacturing plant. The two were photographed together, and Gou told Chinese newspapers that Foxconn planned to cooperate with Michigan on new automotive technology, including self-driving vehicles. Gou told reporters “the Michigan investment will be unveiled soon.”

Days later, a Foxconn spokesperson released a statement that tried to downplay Gou’s comments, saying that Michigan remains under consideration for a possible future investment. Snyder earlier released his own statement confirming his meeting with Gou, but noting he wasn’t ready to announce details of any potential project.

The bottom line: All indications are something is happening with Foxconn in Michigan. The storyline sounds like a company leader who said more in public than he was supposed to, and a company trying to contain any damage.

If Wisconsin’s incentive deal stalls with lawmakers is Michigan back in the game?

Michigan may have never left the game. Foxconn reportedly was considering multiple investments in the U.S. aside from the project that the company decided to land in Wisconsin.

If Foxconn is looking at opening a research facility in Michigan to capitalize on the state’s automotive talent and emerging mobility sector, then the states weren’t competing for the same project to begin with.

Michigan, though, reportedly was under consideration for the manufacturing complex that went to Wisconsin. Both states have a strong manufacturing base that historically has tended to offer good wages to people who don’t have four-year college degrees, even as the industry requires more technical aptitude and education, said Timothy Bartik, a senior economist with the W.E. Upjohn Institute for Employment Research in Kalamazoo.

“I would certainly think that if, for some reason, the Foxconn deal falls through in Wisconsin that Michigan might be discussed,” Bartik said. “I don’t think Michigan would offer the same (incentive) package, though I don’t necessarily think Wisconsin needed to offer this package to get Foxconn.”

If it will take a quarter-century for Wisconsin to recoup tax incentives given out to Foxconn, when would Michigan break even on the Good Jobs for Michigan income tax incentive Snyder recently signed into law?

A lot of the answers aren’t yet known.

The Michigan Economic Development Corp., which will administer the incentives, is researching the new law as it develops guidelines for how the program will be managed.

An MEDC spokesman has said details on such things as how wages would be used to calculate the amount of a company’s incentives award would be disclosed once the Michigan Strategic Fund board signs off on the guidelines.

Under the law, a company could qualify for “good jobs” incentives if they create hundreds or thousands of jobs and pay at least the average wage in the region in which they do business.

The nonpartisan House Fiscal Agency, in an analysis of the three-bill package, did not determine a break-even date for Michigan’s incentive. It is capped at $200 million and scheduled to sunset in 2019, so no new deals could be made after that date unless legislators vote to reauthorize the program, though businesses that receive incentives under the program would be eligible to capture some or all of their income tax withholdings for five or 10 years.

It’s unknown how large a company’s incentive award could be, particularly those that create at least 3,000 jobs and are allowed to capture all of their income tax withholdings for a decade.

House fiscal analysts wrote that there would be no direct loss of state income tax revenue if the new jobs would not have been added otherwise, though they noted it is “technically impossible to determine” whether that would really be the case.

If the jobs would have been added anyway, they wrote, Michigan would see a net loss of income tax revenue, though they couldn’t say how much.

Good Jobs First, a nonprofit policy resource center that promotes transparency in economic development incentives, calls incentives like the one Snyder recently signed into law “paying taxes to the boss.” The incentives vary, but generally allow employers to keep income tax withholdings without having to send them to the state, while other states reimburse employers for the income taxes paid, according to a 2012 paper.

Sixteen states had some type of this incentive as of 2012, losing close to $700 million annually to the incentives, said Greg LeRoy, Good Jobs First’s executive director, adding that Michigan is the first state to enact one since then. 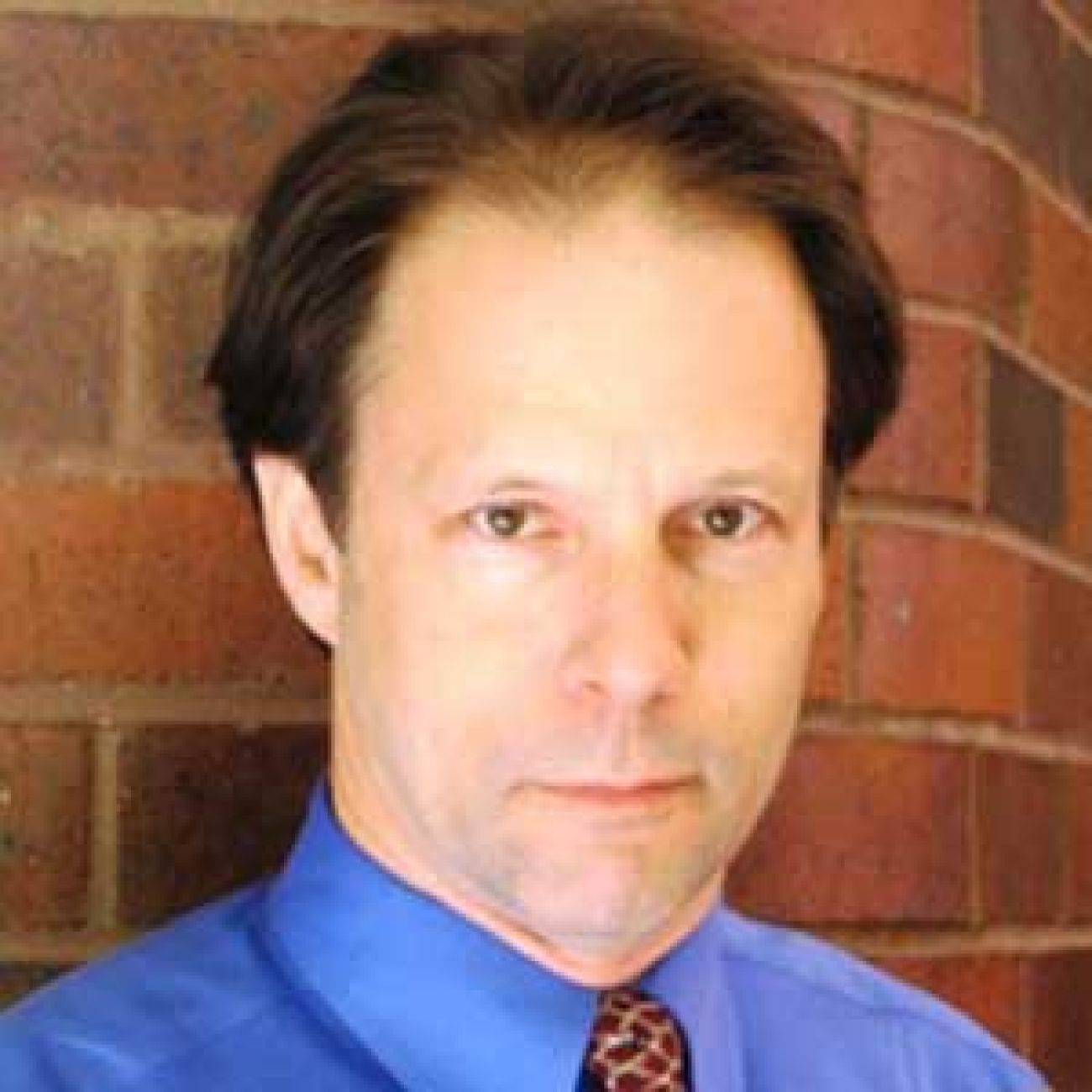 “We think that’s a very problematic structure,” LeRoy said, in that income taxes withheld from employees’ paychecks ultimately are returned to the company, rather than helping to pay for state public services.

Also problematic is trying to predict the economic and financial trajectory of an industry based on rapidly advancing technology, he said. The incentive might never break even if Foxconn loses ground to a competing company or technology.

“Anybody who thinks that they can predict where a high-tech product life cycle is going to be 25 years from now and still break even on a tax break, I’ve got a bridge I’d like to sell you,” LeRoy said. “It’s a transfer of wealth from Wisconsin taxpayers to Foxconn shareholders.”

A coalition of economic development agencies and municipal leaders, called Good Jobs for Michigan, was intentional and deliberate in pursuing this income tax withholding tool, said Sara Wurfel, a spokeswoman for the coalition.

It is not designed to be the biggest incentive among the states, she said. Instead, it is meant to help Michigan make the short list for site selectors and companies looking to relocate or expand after taking into account its overall business climate.

Will Michigan get a better deal than Wisconsin if Foxconn does land an R&D operation here?

Possibly. Michigan’s available incentive is worth far less than the $3 billion Wisconsin proposed, and Michigan faces budget constraints that would make it difficult to come up with $3 billion for economic development even if it wanted to.

A research facility could potentially draw higher-skilled, higher-paid positions than a manufacturing plant. And Michigan’s auto industry provides a ready talent base.

Michigan may be at or near the top of a short list for such a facility because it can offer something Foxconn needs — a concentration of engineers, particularly related to the auto industry.

“You have something that must be part of the deal,” he said. “The question is, how stingy can you be playing a smart game of poker because you know you’ve got the basics?”

Even if Michigan’s incentives deal was better than what Wisconsin put on the table, LeRoy added: “We still dislike it.”

Wisconsin economic development leaders have said Foxconn’s jobs in the state will pay an average of $53,875. The incentive on the table would work out to be close to $15,385 per worker annually over a 15-year period, which is more than the national annual average of $2,457 per job, according to Upjohn research.

At that rate, the per-worker subsidy would equal close to 30 percent of wages.

“They’re paying out quite a bit more than they are in Michigan,” Bartik said. “Since I think it’s plausible that the multiplier effects will be higher (for a research facility) and possibly the wage premium is higher, the answer is yes, it’s a better deal. On the other hand, Wisconsin may not be the poster child for good deals.”

What would be a better approach?

LeRoy, with Good Jobs First, said states should avoid the proverbial eggs-in-one-basket approach and consider alternative incentives, such as subsidizing job training programs or investing in infrastructure that could make a state more attractive to business in general.

Bartik prefers job training incentives over tax giveaways to companies, as well as programs that help small and midsize businesses improve their competitiveness, diversify their markets or access the latest industry research. He also would shorten incentives so they don’t stretch over 10 or 15 — or more — years.