How big business spends its money in Lansing

Business Bridge
How big business spends its money in Lansing

Other articles in this report:

To measure one way in which the Michigan business community can influence lawmakers, we analyzed the campaign contributions of 15 leading business advocacy groups. What we found:

The 15 business membership/advocacy groups we tracked raised a combined $7.3 million for campaign contributions in each of the last two statewide election cycles – 2013-14 (the last gubernatorial election) and 2015-16 (when all House of Representatives seats were up for grabs). 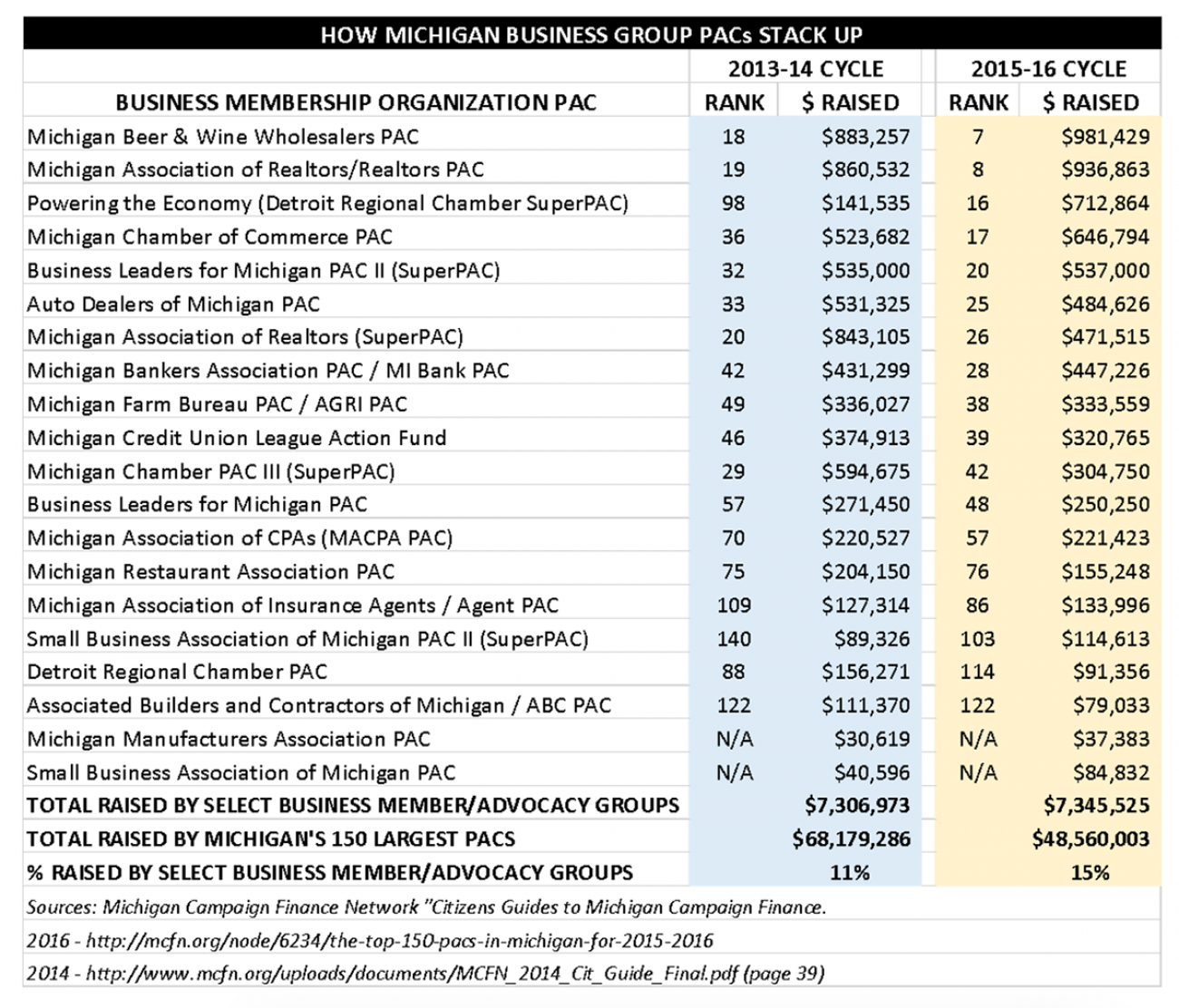 Some of the biggest players in Michigan politics are individuals. For example, 15 Michigan families – led by the DeVos family of Amway/Grand Rapids note – donated $14.2 million to Michigan political action committees in 2014, according to the Michigan Campaign Finance Network, a nonprofit campaign finance watchdog.

“The campaign finance system today gives a lot more power to wealthy individuals,” said Craig Mauger, executive director of the Michigan Campaign Finance Network. “It does seem to shift the power away from what these (business) associations have wielded for a long time.”

Yes. A new legislative session began in January. Thanks largely to term limits, 41 of the 110 seats in the Michigan House are occupied by freshman legislators. Leadership also turned over, with 36-year-old, third-term Republican Tom Leonard (R-Dewitt) taking over as Speaker. Campaign season is perpetual in the Michigan Legislature – and leading business organizations quickly greeted this year’s lawmakers with $770,000 in contributions in the first four months of this year, according to State political action committee disclosure statements filed in late April. Among the business groups we tracked, the Michigan Association of Realtors PAC has been most active – and has the largest war chest (the next election for governor and all 148 legislative seats is only 17 months away). 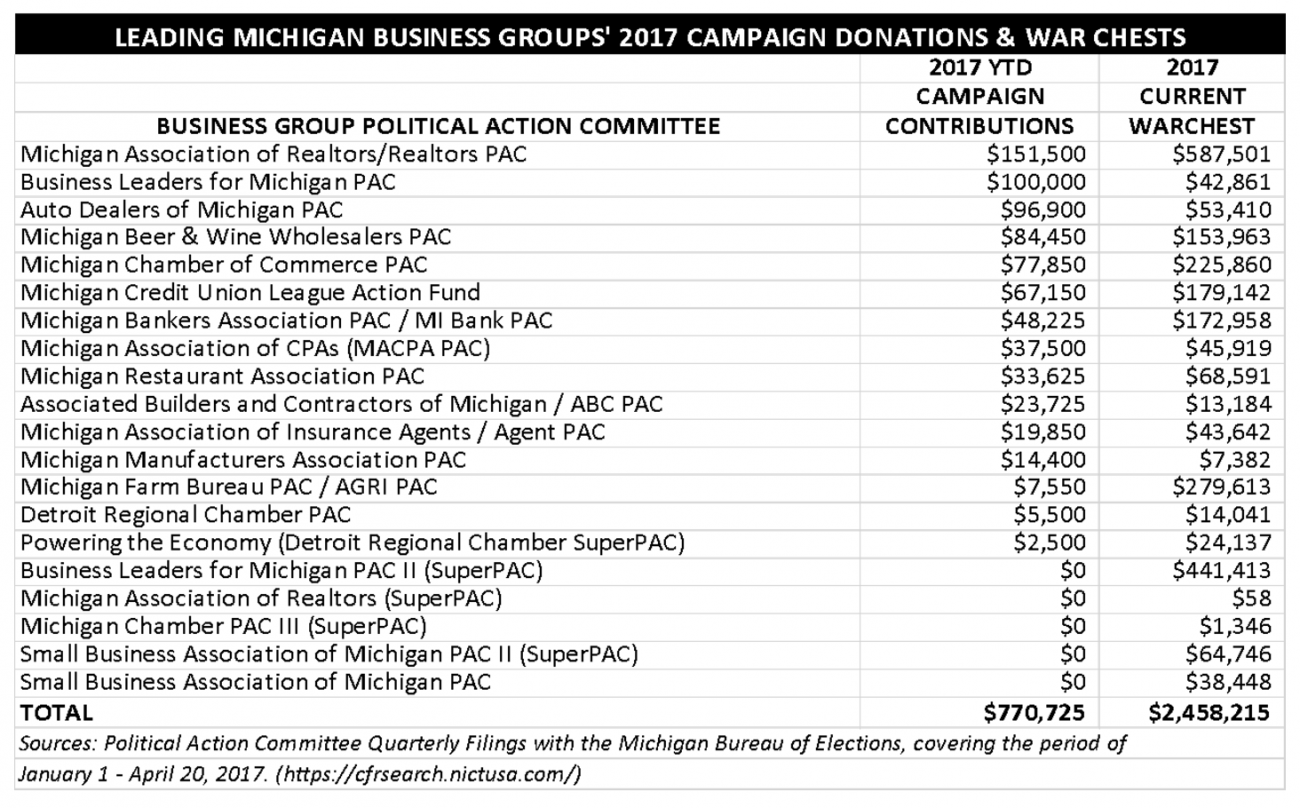 WHO’S GETTING THE MONEY?

Mainly Republicans in the Michigan Legislature.

The House and Senate Republican Campaign Committees have received $219,250 so far in 2017 from the business group PACs we tracked. That’s nearly one-third of all the political cash the business PACs have invested so far this year.

Among individual legislators, House Speaker Leonard is the star attraction for business groups. Leonard alone has received $75,000 so far this year from the business groups we tracked (just under 10 percent of the groups’ total combined contributions).

Senate Majority Leader Arlan Meekhof (R-Olive Twp), is next with $59,000 in business group contributions received so far this year.

Third on the list of legislators most favored by business groups this year is Rep. Lee Chatfield, a second-term Republican from the tiny northern Michigan town of Levering (population 215). The Speaker Pro Tempore of the House, Chatfield led the charge for a $1 billion income tax cut and ultimate elimination of the tax earlier this year. Chatfield’s tax cut bill narrowly failed to pass the House in February.

Tellingly, Gov. Rick Snyder is moving off the radar of leading business advocacy groups. The groups we tracked have given only $3,000 to Snyder so far this year as he’s in the final two years of his term-limited tenure.