Higher taxes for schools? A big fight brews in Utah

A few months ago, three of the most powerful business figures in Utah coalesced behind a vision they said is vital to the state's future.

The plan: Hike the state personal income tax from 5 percent to 5.875 percent, raising an additional $750 million a year for K-12 and technical schools and colleges.

In a conservative state like Utah, it was an extraordinary statement from an unlikely source.

And then resistance set in – a cautionary tale from a distant state about the travails of any proposal for a tax increase.

“There is no hidden agenda,” Ron Jibson, retired chairman and CEO of Questar, Utah's largest gas utility, told a Utah business journal about his group’s proposal to raise taxes for schools.

“This is purely what it is,” he said. “And that is to get our state and our schools in a position where we can compete across the nation...There’s no business purpose, other than if, you know, as business leaders, we need the best students, we need the best employees that we can get.” 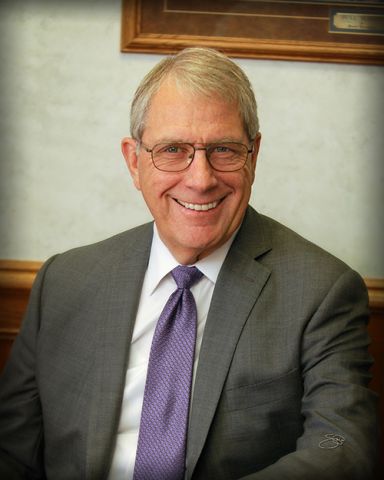 Jibson is co-chair of Our Schools Now, along with Scott Anderson, CEO of the largest bank in Utah and billionaire businesswoman Gail Miller, whose family owns the Utah Jazz. The group said it hopes to put the issue before voters in 2018.

It cited an analysis showing that changes to Utah's tax policy since 1995 cost Utah’s public schools $1.2 billion a year, while the taxes paid by Utah residents had fallen by 28 percent over that period. Some K-12 classes had as many as 40 students, while a 2015 report found Utah ranked dead last among the 50 states in per-pupil spending. As the state struggles with a critical teacher shortage, the Utah Board of Education in 2016 adopted a rule allowing districts to hire teachers with no training in education.

Nolan Karras, a former GOP Utah House Speaker and member of the group's steering committee, told Bridge Magazine he sees a state falling behind much of the nation and the world in education. That’s a refrain heard frequently in Michigan, where student performance has fallen to the bottom rung of states nationally in the past decade.

“In a world, whether it's fast-changing globalization or technology, if you want to compete you better have the best-trained workforce.” Karras said.

A January poll found 55 percent of Utah residents in favor of the measure, with 41  percent opposed.

But Republicans legislators pushed back. They noted that changing the state ncome tax from 5 to 5.875 percent amounts to 17.5 percent tax hike. And they passed a bill that required any ballot language on the proposal to cite that figure.

Their reframing of the tax measure appears to have worked. A subsequent poll found that when residents were asked if they would support a 17.5 percent tax hike, 69 percent said they were unlikely do so.

An editorial in Salt Lake City's Deseret News urged caution: “The business community, according to Our Schools Now, is concerned about the state of school funding and its ability to produce a competitive, 21st century workforce. Yet, according to conservative scholars, improving schools is as much about reform as it is about money.”

Our Schools Now member Karras said the group is back to the drawing board, and is now considering some combination of sales tax and income tax hike to help fund schools.

Karras added his view that doing nothing is not an option.

“My grandkids, whether they are Democrats or Republicans, are going to have to be fleet of foot to compete,” he said. “We are not doing that now.”