On Michigan farms and in restaurants, who will fill the jobs?

Business Watch
On Michigan farms and in restaurants, who will fill the jobs? 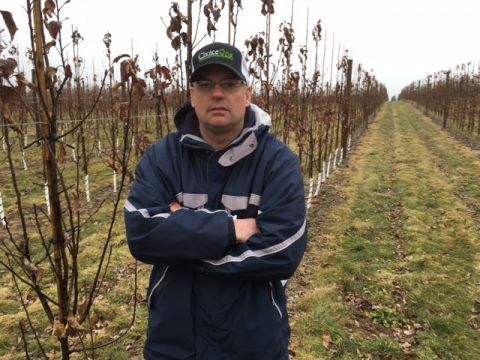 This time of year, Michigan fruit and vegetable farmer Fred Leitz tends to focus on things like the weather, pests like the brown marmorated stink bug and what kind of prices his harvest might fetch.

With 700 acres of cucumbers, cantaloupe, tomatoes, apples and blueberries on his Berrien County farm in the southwest corner of Michigan, there's plenty at stake.

But like other growers around Michigan, Leitz has another worry these days: Will there be enough workers to pick the crops?

“If we lost a significant part of the workforce after we had everything ready to harvest, we would go out of business. Everything is hand-harvested,” Leitz said 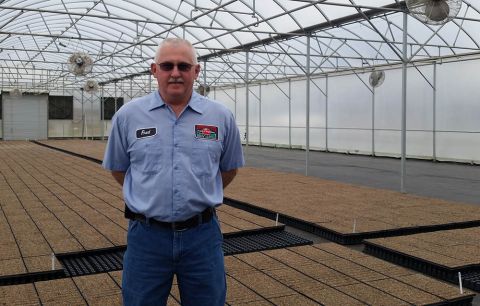 His concerns were heightened by enforcement measures announced Feb. 21 that give U.S. immigration agents sweeping authority to target “removable aliens” for deportation, in effect making most of the nation’s estimated 11 million undocumented immigrants priority for removal. The guidelines – which largely fulfill campaign pledges by President Donald Trump - empower local police to aid immigration enforcement and call for the hiring of 5,000 more border agents and 10,000 more immigration agents.

Michigan growers fear these measures – if funded and approved by Congress -- will drive away workers critical to their operations, given that undocumented labor remains a key part of the nation's farm work force.

According to a 2014 report by the American Farm Bureau Federation, undocumented workers comprise fully half of  hired U.S. farm workers. There is no such calculation specific to Michigan agriculture, where the seasonal workforce is about 45,000.

Within the past month, Leitz said, he's already heard from a few of his past workers that they won't be coming back this year. Most are originally from Mexico, but have lived in the United States for the past 10 or 20 years. “They're afraid. They're not going to budge from where they are right now,” he said.

He added: “If you took all the undocumented workers out of Michigan, crop agriculture would collapse.”

The concern over farm labor is acute in the fertile swath of land that stretches along the west side of the Lower Peninsula from north of Traverse City through Kent and Ottawa counties all the way south to the Indiana border. That's where the bulk of fruit, including apples, strawberries, cherries and blueberries, is grown as well as a variety of vegetables that must be hand-harvested.

In a state that ranks at or near the top in the nation in cherry and blueberry production – and where fruit and vegetables account for a $1.4 billion economic impact – the viability of seasonal farm labor is no small matter.

Even before the announced immigration crackdown, Michigan farmers were calling for fixes to a  system they say fails to provide a reliable supply of workers for their operations. The problem as they see it: Most non-immigrant Americans just won't do the work.

The Work They Do

26 percent of farming, fishing and forestry

11 percent of food preparation and serving

About an hour north of Grand Rapids, the owner of a large fruit and vegetable operation recalled attending a conference summoned to offer ideas for plugging the farm labor shortage. He farms more than a thousand acres of carrots, asparagus and other vegetables and said he would not survive without immigrant labor.

As he recalled, someone at the conference suggested, “Why don't you bus in college kids to do the work?'”

He said someone else replied, “'They would be back on the bus by noon.'”

“Our system is broke, but most people won't admit to it.”

From farm to table

There's apprehension as well in Michigan's restaurant and tourism industries, which also depend on immigrant labor. According to the Pew Research Center, undocumented workers comprise 17 percent of U.S. building, ground, cleaning and maintenance workers and 11 percent of U.S workers in food preparation.

“It will definitely impact this industry. It is something we follow and take very seriously,” he said. 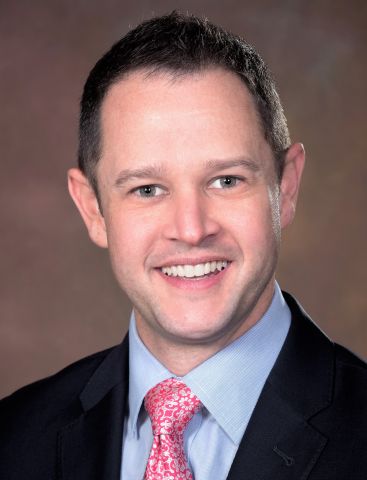 Winslow said Michigan restaurants employ 435,000 people in a $15.9 billion industry; one that is facing a likely worker shortage over the coming decade as commercial growth outpaces the supply of local labor. It is expected to need another 37,400 workers within 10 years, while the population of the state’s biggest age cohort – those age 16 to 24 – is projected to shrink.

Winslow noted that the National Restaurant Association has adopted a formal position calling for a clear path to legalization for the 11 million undocumented U.S. residents.

“It is not a position the Michigan Restaurant Association has opposed,” he said.

Michigan farmers interviewed for this article say the labor pinch has tightened as a smaller numbers of migrant workers come north, in part because of a more secure border with Mexico. At the same time, an older generation of migrant workers is aging out of the work force while their children have moved on to better jobs outside agriculture.

In recent years, more Michigan farmers have turned to a visa program that provides temporary foreign workers for their operations. While it added nearly 5,000 workers in 2016, farmers say the H-2A visa program for agricultural workers is cumbersome and expensive.

Berrien County fruit and vegetable grower Russell Costanza said he turned to H-2A the past couple years for workers, after he had increasing trouble finding domestic migrant labor. They now comprise the bulk of the 130 workers he needs for his operation, since his domestic workforce dropped from 110 a few years ago less than 20 today. He farms about 500 acres, growing Roma tomatoes, cucumbers and a variety of hot peppers.

His assessment of the visa program: “It doesn't work. It's broken. It's too expensive and there are too many hoops to jump through.”

Under the program, farmers are required to advertise in local newspapers for job openings before accepting foreign workers. Farmers must also pay for transportation to and from the foreign country and provide housing and three meals a day. The 2017 wage for these workers in Michigan is set at $12.75 an hour.

Costanza said he's lost money on his farm operation the past couple years, adding that he would consider shuttering it if it weren't for the involvement of his adult children in the farm.

“If it was up to me, I wouldn't plant a crop this year. It's too risky. If I didn't have the kids involved I would shut it down.”

John Kran, associate national legislative counsel of the Michigan Farm Bureau, agreed that the visa program “is not a perfect system at all. It's not going to work for everybody, that's for sure.

“Right now, it's the only tool in the federal tool box.”

Kran said farmers have been asking for decades for a more flexible guest worker program – thus far, to no avail.

“It's getting harder and harder to find people who are willing in agriculture, especially in jobs that will last only two or three months. We need to make sure we have people here ready and willing to work in agriculture.”

And beyond the fruit and vegetable industry in Michigan, Kran said dairy farmers are also facing labor troubles since the H-2A program is aimed at seasonal farm workers – not the permanent employees dairy farms need.

“It's very much an issue for dairy,” Kran said.

In Kent County, apple grower Rob Steffens said he is increasingly concerned about what kind of workforce he will have this fall. With about 300 acres and 17 varieties of apples in his orchard, he needs 30 to 40 workers to harvest his crop. A fourth generation grower, he farms an area that extends north of Grand Rapids known as The Ridge, especially suitable for fruit because of its elevation, clay loam soil and proximity to Lake Michigan.

“I'm nervous,” Steffens said. “There's no doubt about it. I'm worried whether people are going to be willing to come up from Florida. I know there's a lot of fear out there.”

Steffens said he sees no point in deporting undocumented residents if they have not committed a serious crime.

“I understand if it is a felony. But to just say, 'Let's round them up,' is a big mistake. I want to talk about the guy who's working, who's working hard, who's helping his family.

Supporters of Trump, however, see the intended crackdown as fulfillment of campaign promises by the president.

Dan Stein, president of the Federation for American Immigration Reform, told the New York Times that limiting foreign labor would open up jobs for Americans.

“It doesn’t matter if it’s programming computers or picking in fields,” he told the Times. “Any time you’re admitting substitutes for American labor you depress wages and working conditions and deter Americans.”

Berrien County grower Fred Leitz needs about 225 workers at peak harvest time for his operation, about 170 of which he expects to fill this year with H-2A workers. Most of the rest presumably would be immigrant laborers.

“We have (Americans) that want to drive tractors, but nobody wants to harvest. Working in fields with hot or cold weather is not for everybody. American workers are far removed from working on farms with those conditions.”

Leitz said it's impossible to know for certain when workers are undocumented, since employers are required by law to accept a variety of forms of identity for employment, including a Social Security card, birth certificate and driver's license. They can easily be forged.

“You have to make sure it's not obviously fraudulent and accept it. If you ask too much for certain documents, you are discriminating.”

In the meantime, Leitz said he's uncertain what will happen at harvest time this year.

“That's the million-dollar question,” he said.

Leitz, the immediate past president of the National Council of Agricultural Employers, said he was in Washington, D.C. in early February for the organization's annual board meeting.

“There were growers from around the country there. They are having problems all over. It's not just a Michigan problem, it's a national problem.

“We make our  plans and have our crops in the ground and Congress does something that changes. You are stuck. My banker has asked me over the years, 'What happens if immigration comes and takes all your workers?' I just take my keys out of my pocket and threw it at him and say, 'It's yours.'