In most communities in Michigan, the value of all property -- residential, commercial, agricultural and industrial -- remains below 2008. Only a few communities have seen residential values climb above 2008 while agricultural communities saw bigger increases. Click on a municipality to see how values changed.

The numbers are staggering: Between 2008 and 2016, Flint lost more than three-quarters of its taxable value. Detroit, now the state’s second largest city in terms of property value, saw its value plummet by $7 billion, losing nearly 60 percent of its 2008 value.

It’s not just those two cities that remain dramatically below 2008 values. It’s also Muskegon Heights and Saginaw. Pontiac and Albion. Taylor and Southfield. And more than two dozen other communities.

While property values have yet to recover across most of Michigan, more than 1.4 million people – one in seven residents – live in communities where property values are less than half of where they were at the beginning of the recession.

Those declines have gutted property tax collections and affected what cities can offer citizens in security and amenities, limiting the qualities that make these communities attractive to newcomers. It’s also prompted some communities to raise property taxes even higher – further diminishing desirability.

And because Michigan restricts how quickly increases in property values can trigger increases in taxable value, a Michigan law that irritates municipal leaders and their advocates, the financial effects could linger for decades.

This week’s articles on changes in local property values since 2008 are part of an occasional series of news collaborations between Bridge Magazine and Crain’s Detroit Business. Come back Thursday for a closer look at home values across Michigan.

Can these cities suffering the steepest declines ever recover?

“Under the current structure, no,” said Tony Minghine, associate executive director and chief operating officer of the Michigan Municipal League, an association for townships, villages and cities. The municipal league has long advocated for changes in how the state funds municipalities.

For this report, Bridge Magazine and Crain’s Detroit Business analyzed the annual property value assessments, compiled by the state treasury, for all municipalities in the state from 2008 to 2016. It adjusted the past values for inflation and focused on real property, comprised mainly of residential, commercial, industrial and agricultural property.

The data show that industrial property fell the furthest overall, losing 40 percent of its 2008 value. Meanwhile, residential property, by far the largest class of property comprising 75 percent of all value, fell 21 percent. Only agricultural land was worth more in 2016 than it was, adjusted for inflation, in 2008. Commercial property is still 24 percent below 2008.

Certainly, not every city or township is suffering; some have seen home prices rebound and overall property values begin to climb. And yet, only 183 municipalities in the state have seen overall property values exceed 2008 levels, when adjusted for inflation. Most are small towns with fewer than 2,000 residents. All told, just under 400,000 people live in these 183 communities.

For the remaining 9.5 million people living in Michigan, the value of all property –  residential, commercial, industrial and agricultural – has fallen from 2008, in many cases markedly.

And for leaders in those communities, the fall in property and taxes has meant tough choices.

“The quality-of-life programs (were) unfortunately one of the first things that got cut,” said Tracey Schultz Kobylarz, supervisor of Redford Township, a community of 47,000 residents in western Wayne County. It lost more than 62 percent of its 2008 tax base, or more than $1.1 billion. At one point the township had a deficit of $10.2 million.

Those things that can create community and a sense of place were the first to go, or get changed: the holiday parade, the art in the park. Maybe a city mowed the parks or swept the streets less frequently; perhaps flowers didn’t get planted in the boulevard.

What remained: the basics of police and fire protection.

In Redford Township, the town’s parks department once had 15 employees; now it has three. Its ice rink is leased to a private company and public events in town – like holiday celebrations – require the generosity of local businesses that underwrite them.

Only a handful of communities saw the taxable value of real property –  residential, commercial, industrial and agricultural –  increase from 2008 when adjusted for inflation. More typical were double-digit drops in value.

*Only seven communities with 10,000 or more residents gained value

Township employees pay more for less health coverage and haven’t seen much in the way of raises in eight years.

“We immediately readjusted what we do here,” Schultz Kobylarz said. “We knew that if we didn’t change the way we were doing things, we wouldn’t be able to turn the lights on in three years.”

At the same time property values were falling, the state had been cutting back on municipalities’ share of state sales taxes –  known as revenue sharing. The Michigan Municipal League estimates that Redford Township received $15.5 million less in state revenue sharing between 2008 and 2015 than what was anticipated, cuts that occurred under both Democratic and Republican governors.

While making its own cuts, Redford officials also asked voters for more money to help with public safety. They approved a special assessment property tax – but that raised the township’s overall millage rate, including Wayne County’s 9.1 mills, to nearly 35 mills (that’s $35 for every $1,000 in assessed valuation).

Schultz Kobylarz, who said the township needed the additional money, said she also knows those higher taxes come with a cost: “You can’t tax your way out of a broken system.”

Many agree, and point to a much larger and infamous example of government failure as Exhibit A. Financial woes in Flint, which lost 76 percent of property values between 2008 and 2016, lead a succession of state-appointed emergency managers to make the fateful decision to switch water systems without properly treating the new water to prevent lead poisoning.

Robert Kleine is a former state treasurer who worked for former Democratic Gov. Jennifer Granholm. He’s now the interim director of the MSU Extension Center for Local Government and Finance, which helps municipalities with financial planning.

“There are winners,” Kleine said, referring to standout communities like Ann Arbor and Grand Rapids that have seen values substantially recover and are attracting new residents. “But there are too many losers.”

Michigan’s municipal finance structure is so wobbly that those cities that have seen the steepest decline in property taxes, absent a substantial recovery in revenue sharing, are in serious trouble. 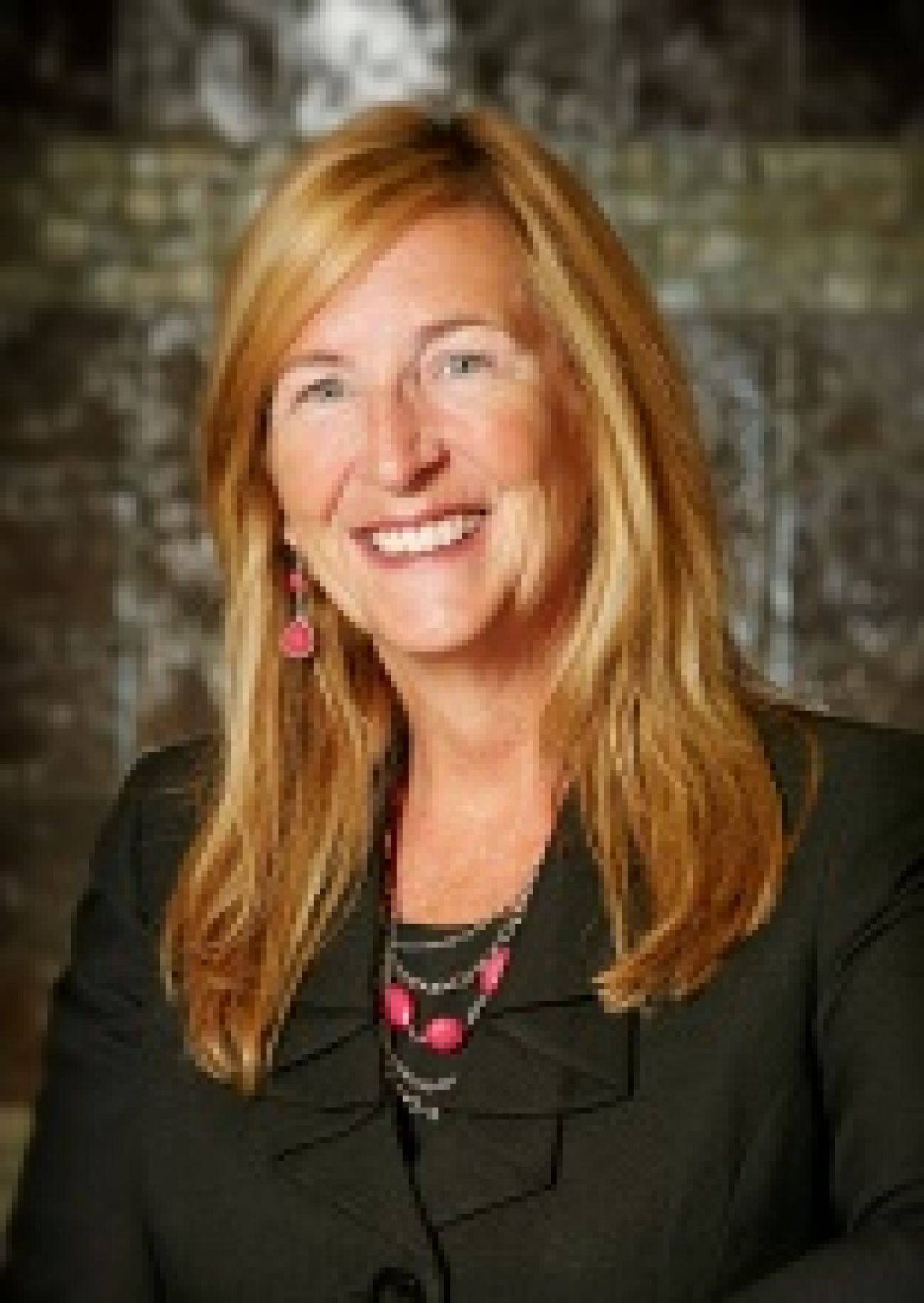 But that would mean finding more money –  read: taxes –  in Lansing with a legislature that just came close to cutting income taxes.

New taxes are often a hard sell. Fewer than two dozen cities have income taxes, and only Detroit has a utility tax (and casino revenues). Voters across the state have approved property tax increases for police, fire and other services, but there are limits as to how much communities can ask for – and in how much voters are willing to approve.

“You have a system where a community has zero ability to recover,” Minghine said.

Without reform, MSU’s Kleine wonders what will happen the next time Americans stop buying cars and homes and TVs, when they again tighten their belts and Michigan is facing rising unemployment and sliding property values.

Database: Has real estate in your town recovered since 2008?

The value of all real estate in most of Michigan's cities and townships is still below 2008 levels, when adjusted for inflation, the long-lingering result of the Great Recession. Some areas have seen values exceed 2008, including heavily agricultural areas. But despite a rise in property values across Michigan in recent years, far more communities are still down from 2008. Type in a name of a community or county to find it (Statewide data are not available for villages). Note: These are state assessed values, which are one-half of market value. For more detailed information, use our map above.