The award recognizes young professionals achieving excellence in their field who live or work in Oakland County. DeLind, 33 and of Farmington, is a member of the ninth class of the program that honors those who improve the county.

“I feel extremely honored to be selected as one of Oakland County's Elite 40 under 40,” said DeLind. “I'm pleased to have the opportunity to represent Bridge and the Center for Michigan and I deeply admire the work that my fellow honorees do to strengthen their communities, region and state.”

Others honored include an FBI special agent, school administrators, business owners, a township trustee and a producer for CBS Detroit. They were selected from 250 applicants and honored by Executive David Coulter at a reception before his State of the County address in Pontiac.

During her seven years with the public engagement team at the Center for Michigan, Bridge Magazine’s publisher, DeLind’s work has sparked change in Lansing, including the nation’s largest expansion in pre-K funding.

"We're so happy to see Oakland County recognize what Amber's work colleagues have long known,” said John Bebow, president and CEO of the Center for Michigan and Bridge Magazine. “She's a great leader with a mission to serve and an unlimited future ahead.”

During her seven years with the public engagement team at The Center for Michigan, Bridge Magazine’s publisher, DeLind’s work has sparked change in Lansing, including the nation’s largest expansion in pre-K funding.

Now, as membership director for Bridge Magazine, DeLind works to build a sustainable funding model for nonprofit, nonpartisan journalism. Her public and reader engagement work have both been featured nationally as models for the nonprofit news industry.

Before joining the Center for Michigan, she worked as a grant consultant for the Michigan Nonprofit Association and completed two years of service in AmeriCorps*VISTA. 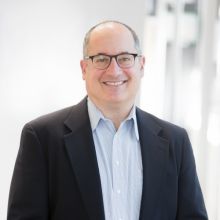 A note from Bridge about reader comments

We've noticed with alarm that in recent months that too many submissions have fallen short of our standards for thoughtful commentary that can advance civic debate.

Help Bridge choose the topic for an online reader discussion

2020 has given us a lot to talk about. Help us choose what to tackle first.