Growth at the Center for Michigan, Bridge Michigan continues with three hires

After unprecedented growth in 2020, the Center for Michigan is expanding by adding a chief operating officer and making two hires at Bridge Michigan: a capitol reporter and a digital production specialist.

“We are so fortunate to have grown to this point through the generosity and trust of Bridge Michigan’s philanthropic supporters and donating readers,” Center for Michigan President & CEO John Bebow said.

“With this good fortune comes great obligation to continue to expand public service civic journalism for all statewide readers. These expansions are essential and greatly increase our capacity to serve.”

Katy Locker will join the Center for Michigan (CFM) full time April 1 as its first chief operating officer. She will work with Bebow to facilitate the center’s growth while also continuing to provide a quality, inspiring and inclusive workplace for its employees.

Since 2011, the center has published Bridge Michigan, the only statewide nonprofit, nonpartisan news source in Michigan. In 2020, the center supported the launch of the editorially independent BridgeDetroit. Together, CFM now employs a team of over 20 people and anticipates more growth in the coming years. Locker will help lead the Center through this growth and help it adapt to an ever-evolving climate for news.

Prior to that, Locker led philanthropic efforts in Detroit on behalf of the John S. and James L. Knight Foundation and the Hudson-Webber Foundation. An attorney, she holds degrees from Cornell University and the University of Michigan Law School. In 2016, Crain’s Detroit Business named Locker one of the state’s 100 most influential women.

Martínez-Beltrán comes to Bridge Michigan from WPLN Nashville Public Radio, where he was listed — alongside Oosting — as one of the Washington Post’s outstanding statehouse reporters in 2020. Martínez-Beltrán previously worked as an education reporter for the Standard-Examiner in Ogden, Utah, and is a graduate of Michigan State University. He succeeds Riley Beggin, who is now a Washington, D.C., reporter for The Detroit News.

A graduate of Central Michigan University, Hines comes to the center from WOOD-TV in Grand Rapids, where she was a digital content producer. Before that, she was a reporter at the Petoskey News-Review and the Wausau Daily Herald in Wisconsin.

The hires are the latest examples of growth at The Center for Michigan, which in recent years has added reporters and special sections focusing on the environment, health and business at Bridge Michigan and helped launch BridgeDetroit.

The expansions coincide with declines in readership of traditional newspapers, and align with the center’s mission to drive dialogue and problem-solving through impactful, public service journalism.

Bebow, the nonprofit’s CEO, said the Center’s goal is to provide a “survival guide for Michiganders with a stake in the state’s future” through explanatory and watchdog reporting and collaborations with other media.

He said the three hires embody that mission.

“Katy Locker is a tremendous, proven, deeply networked leader. Arielle Hines brings a great set of skills she has rapidly developed in newspapers and television. And Sergio Martínez-Beltrán brings the kind of savvy and thoughtful Capitol reporting Bridge Michigan readers have come to expect,” Bebow said.

“All three have the skills and passion to work anywhere. We are honored they’ve chosen the Center for Michigan and Bridge Michigan as their new home.” 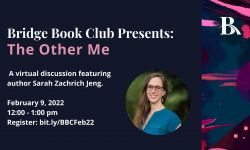 Bridge Book Club returns with sci-fi novel ‘The Other Me’ 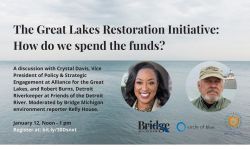 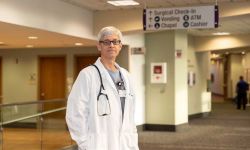