Kathleen O’Reilly Farhat looks forward to the day she can pay for college for her two young sons.

That will be cheaper than child care.

That’s $1,856 a month, about $500 more per month than their mortgage payment on their home in Bath, in Ingham County.

For baby Brady’s care alone, the Farhats pay $250 per week. That’s $12,500 a year, more than the average net cost for tuition, room and board for a middle class ($48,000-75,000 income) family at the University of Michigan. O’Reilly Farhat said the family’s income is around the top of that income range.

Over the course of 50 weeks of child care in a calendar year, the Farhats will pay $23,200 for their two children. The total by the time both leave for public school will likely be close to $100,000.

“It’s a choice you make as a parent,” said O’Reilly Farhat, who is chief of staff for State Sen. Curtis Hertel Jr. “I have a career that I love, and I am fortunate enough to take in more than the cost of my child care. (But) the direct cost is the cost of a lake house on any Michigan lake, and it would be a pretty decent house. And a boat.”

This is the first in an occasional series of articles on child care in Michigan. If you have suggestions for stories or would like to share your struggles with child care as a parent, child care worker or provider, or as a business owner, please contact Ron French, at rfrench@bridgemi.com

The staggering cost of child care is one of the biggest economic burdens facing Michigan families. Its cost can delay home ownership, force children into cheaper, lower-quality child care, and keep some parents out of the workforce, according to Jeff Guilfoyle, vice president of Public Sector Consultants, who helped prepare a 2016 report for the Michigan Department of Education on child care access and affordability.

In some counties in Michigan, average child care costs for two kids can be as much as half the median household incomes, according to a state study.

At the same time, many parents are realizing there is a cost to not getting their children into high-quality childcare programs, which research shows can significantly improve educational outcomes.

"The high cost of child care has parents doing math all the time and asking questions like, ‘Can we afford to send our child to a center?’” Guilfoyle said. “‘Can we piece together more affordable care with friends, family, and neighbors? Does one of us have to take a different work shift to reduce our need for care? Does it make sense to work at all?’”

A separate child care market study conducted by Public Policy Associates in Lansing for the Michigan Department of Education found large variance in rates across the state and gaps between child care costs for low-income families and state subsidies for care. 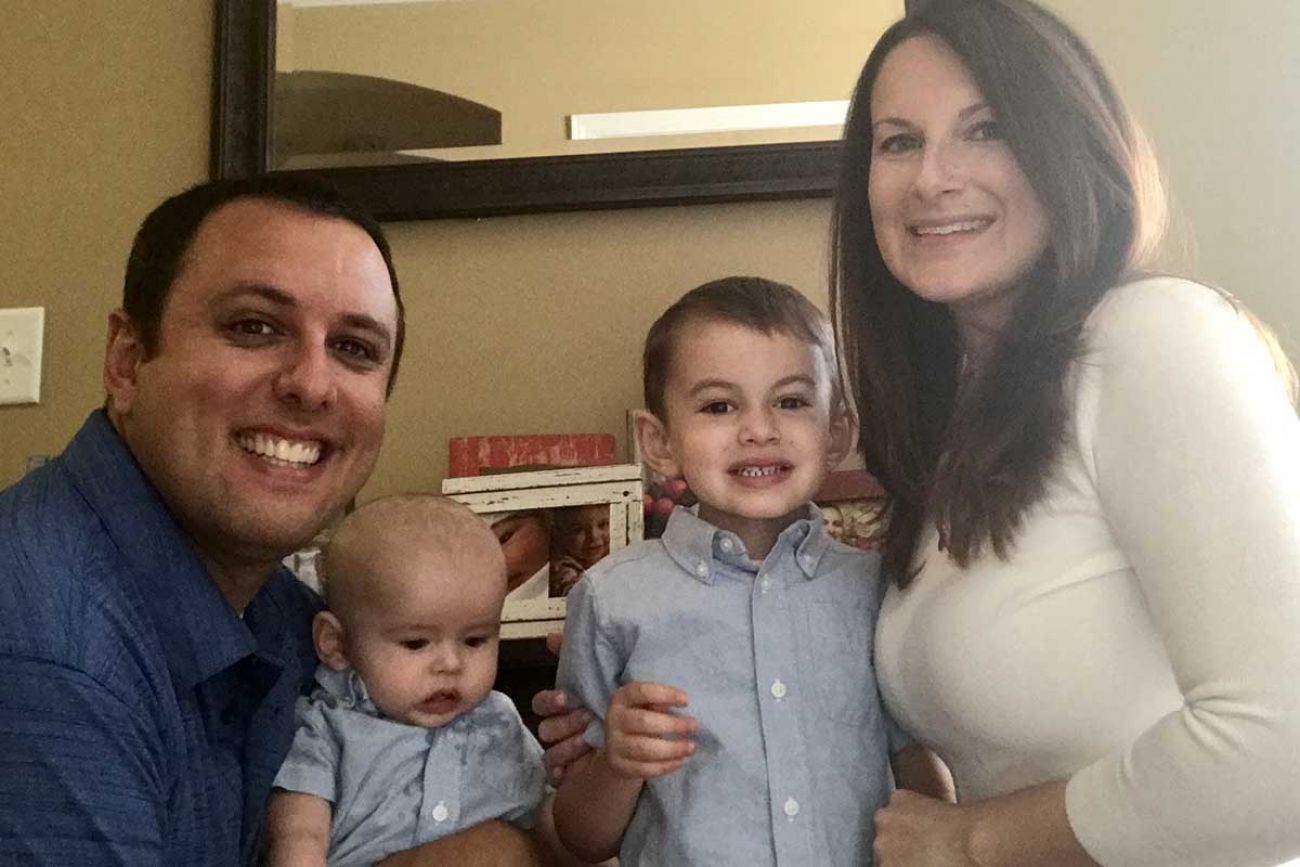 Child care providers charge families in different ways (hourly, weekly or monthly) and not all providers responded to the survey on which the study is based. Hourly rate figures for each county derived in the study are approximations intended for policy analysis at the education department. The study provides data on 63 of the state’s 83 counties.

Even with those caveats, the data offers a sobering look into the high costs families pay for quality child care.

Another study, this one by Childcare Aware of America, an advocacy group focused on affordability and access to quality child care, found that the average annual cost of care for an infant and a preschooler in a child care center in Michigan was $17,563 in 2016, a figure similar to or lower than in other Midwestern states. Child care is the largest family expense in the Midwest and Northeast, and is second to housing in the southern and western U.S., according to that study.

“When we thought about having a second child, there was a conversation with my husband that we can’t afford another now,” O’Reilly Farhat recalled. “My husband got a second job (part-time, on top of his full-time job as a firefighter) … so we could afford the daycare costs (for a second child).”

Despite child care costs that overwhelm low-income and middle-class families alike, policymakers have done little to address the issue.

Michigan does less to help low-income families afford child care than almost any state. Michigan has the third-lowest income threshold for child care subsidies, at 130 percent of the federal poverty line. That’s about $32,630 for a family of four. Two parents earning minimum wage would earn $38,480 and not qualify.

And for those who do qualify, the state’s reimbursement rate is lower than the cost of child care at most centers ($3.25 an hour for 3-year-olds, a rate that covers the average cost in only eight counties, according to the state’s child care market study.)

Michigan’s child care services for low-income families was so erratic in 2016 that the state was forced to return federal money for child care assistance it failed to spend.

This spring, Sen. Goeff Hansen, R-Hart, proposed raising the income eligibility threshold for families to receive child care assistance to 150 percent of the federal poverty level (currently $37,650 for a family of four), a level that would still leave Michigan among the stingiest half of states. The effort failed.

Efforts to help middle class families have been similarly unsuccessful.

Sen. Curtis Hertel Jr., D-East Lansing, introduced a bill in January 2017 that offered refundable state tax credits for child care expenses. Families would get a state tax credit based on their income and the federal child care credit they qualified for, with some credit for families with incomes up to $100,000.

Such a bill is vital to businesses as well as families, Hertel said, because the high cost of child care is putting the brakes on Michigan’s economy.

“When you talk about all these job openings (that Michigan businesses are not able to fill), one of the things that is hindering employment is the high cost of child care,” Hertel said. “When you think about minimum wage (or low-pay jobs in general), the math doesn’t work for a lot of people. Is it really possible to put yourself in a situation where you can take advantage of the jobs that are out there?”

Hertel’s bill has yet to receive a hearing in Michigan’s Republican-controlled House of Representatives, and will die if not passed by the end of the term in December.

“In this Legislature, we see a lot about tax credits benefitting business, but few to help working families,” said Hertel, who is running for reelection to the Senate. “I’m hoping that in the next (Legislative) cycle, after the election, we’ll have more people interested in the issue.”

Bill Schuette, Republican candidate for governor, doesn’t address child care costs on his campaign website. An email to his campaign asking for his position on the issue was not answered.

On her campaign website, Gretchen Whitmer, Democratic candidate for governor, calls for an increase in eligibility and reimbursements for child care subsidies to “a competitive level that will remain year after year so parents can make long-term plans for their children. High quality, affordable, safe, clean and reliable child care starting from birth will improve the readiness of Michigan three-year-olds about to enter preschool. It will also give parents the time and peace of mind they need to get a job, pursue a promotion or go back to school themselves.”

Whitmer’s education plan does not lay out how those plans would be paid for, though for a start, there is $63 million in new federal funds for child care for the 2019 budget year that is available for use at the state’s discretion.

Guilfoyle, the Lansing policy consultant, argues that Michigan needs to do something to ease the burden of child care on working families. “We've been talking about a talent shortage in Michigan,” Guilfoyle said. “If we want to find more talent in Michigan right now for the workforce a great strategy would be to help families access affordable quality child care."

Meanwhile, the Farhat family is looking forward to the day five years from now when both boys are in public school, and the more than $1,800 they now spend every month on child care can be applied to other needs.

“Then we’ll have to turn around and start saving for college,” O’Reilly Farhat said. “Because honestly, there just isn’t the money to do that now.”