The laws enacted Thursday contain a wide range of measures, from minor procedural fixes to major changes in the state’s method of supporting small, home-based providers. While some individual measures might have made some advocates and policymakers uncomfortable, the full package had something for everyone, and it won the backing of a rare coalition of Republicans, Democrats, and child care advocates.

Negotiators in the Legislature balanced concerns about safety against the goal of reducing the regulatory burden on providers and increasing the supply of child care in the state. Some advocates who were leery of allowing adults to care for more children at once eventually signed on to the package.

The measures will affect thousands of private child care providers across the state who provide critical support to families and parents, often for minimal compensation. Providers have long argued that their industry is stuck with an unfortunate combination of high regulation and low funding.

Funding for child care is higher these days thanks to federal COVID relief funds. The state recently used federal dollars to invest $1.4 billion in increased payments for child care centers and bonuses for early educators, and to expand the supply of child care in urban and rural communities that often don’t have enough.

The new laws focus on changes to child care regulations, including:

“Child care is the silent driver of Michigan’s economy, and we are focused on breaking down barriers and expanding access to safe, quality child care for families,” said Emily Laidlaw, director of the state’s Child Care Licensing Bureau, in a statement.

The package will also create new networks for home-based providers that will offer coaching and technical support to the smallest players in the early education market. The state will pay between $2 million and $5 million to support the networks, depending on how many providers participate.

And the package will change the payment structure for providers who rely on public subsidies to care for infants and toddlers from low-income families. Rather than payments based on attendance, provider networks will be given contracts to care for children ages 0-3, ensuring a steady income source even when children are absent. The goal is to incentivize providers to care for younger children, who are most expensive to care for because they require more adult attention.

Koby Levin is a reporter for Chalkbeat Detroit covering K-12 schools and early childhood education. Contact him at klevin@chalkbeat.org. 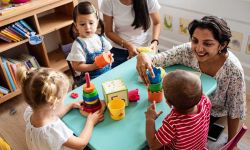 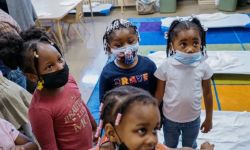 Michigan tried preschool for 3-year-olds, but will the idea survive?