More than nine weeks and nearly 60 failed lawsuits after Election Day,   President Trump’s unprecedented assault on American democracy continues. The President and his Republican enablers have done all they can to prevent voting, slow counting, sow disinformation and finally overturn the results of a free and fair election.

But despite these dangerous and seditious efforts, culminating in the sordid drama that will play out in the Congress today, the guardrails of our democracy are holding.  On Jan. 20, Joe Biden and Kamala Harris — decisive winners in both the popular vote and Electoral College — will be sworn in.

All of us who believe in democracy can be proud that Michigan has played an important role in defending these cherished values, but it could well be a fleeting triumph if freedom-loving Michiganders don’t commit ourselves to strengthening our electoral system to encourage greater participation and further protect our right to vote.

Michigan benefited greatly from the voter-approved Proposal 3 of 2018.  Most importantly, it allows any voter to cast an absentee ballot. Previously most voters— including single parents, people working two jobs, or those lacking transportation — had to find a way to get to the polls on Election Day during limited hours, wait in however-long lines, or leave democracy to someone else.  In pandemic-plagued 2020, voter turnout surpassed 2016 by 700,000, thanks to both high interest and massive absentee voting. More than 3.3 million absentee ballots were cast in November, up from 1.3 million four years earlier. And there is no evidence of any organized or widescale fraud.

Even with the indispensable Proposal 3 on the books, potential landmines remained. Imagine an election where the Secretary of State didn’t want high turnout or heeded the President’s false claims that mail-in votes were the pathway to fraud. Secretary of State Jocelyn Benson sent absentee ballot applications to every voter, which they needed to fill out to get an actual ballot. But suppose instead, that a different SOS had amplified President Trump’s alarms and sought to limit absentee voting.

Proposal 3 is an amazing success story, and a huge debt of gratitude is owed to the ACLU, the League of Women Voters, the NAACP and others who led that effort at a time when few of us were focused on voting rights. But we believe Michigan needs a sequel for the 2022 ballot to build on Prop 3’s democratic safeguards. Carving these additional protections into the Michigan Constitution will protect against future efforts to suppress voting or reduce confidence in our elections:

All votes postmarked by Election Day must be counted. Voters shouldn’t have to guess how long it takes for their ballot to arrive at the local clerk’s office or worry that any administration will purposely slow down the mail. As it was, more than 3,300 ballots arrived too late – a number that could be decisive in an extraordinarily close election.

Allow elections officials to process and count absentee ballots early. Some states, like Florida, were able to get an early start on handling absentee ballots, and therefore included them in their election night reporting.  Michigan law needlessly delays processing and counting of these ballots and created the illusion that Trump was winning. This fueled the bogus conspiracy theory that the election was corrupt.

Require canvassers to certify election results absent clear evidence of fraud or irregularities sufficient to change the outcome. Authorize the governor to fire and replace canvassers who fail to do so. Michigan came dangerously close to its own constitutional crisis when Republicans were pressuring GOP canvassers not to certify, and we need protections against canvassers who might put party ahead of democracy.

Ban guns within 500 feet of polling places. Their only Election Day purpose is to intimidate voters.

Apply public health guidelines to polling places. Voters should never have to choose between their health and exercising their democratic rights.

Establish the right of voter organizations to provide transportation to the polls and ride-sharing companies to provide discounted rides. Transportation is a real barrier to voting, and there is no justification to current restrictions that are unique to Michigan.

Require that all of Michigan’s Electoral College votes go to the winner of the popular vote. There should be no pathway for the Legislature to overthrow the vote of the people, or dilute our impact.

Exclude election laws from changes by voter initiative without an actual vote of the people. A loophole in the Michigan Constitution allows state laws to be changed by petition signatures of merely 8% of the votes cast in the most recent gubernatorial election, followed by approval of a simple majority of the Legislature. This process is too often abused to circumvent the governor’s veto authority, which is an important safeguard of voting rights.

Others will have different and, no doubt, better ideas. But if there is one lesson from 2020  we can all agree on, it’s that eternal vigilance is needed when it comes to protecting our sacred right to vote.

The unsung heroes of the 2020 election in Michigan are the voting rights advocates who had the foresight to see the need for Prop 3 before the threats to our democracy had become so crystal clear.

We need to follow their example now before the nightmare scenarios Michigan narrowly avoided in 2020 become the reality of a future election.

Chris Andrews was political editor of the Lansing State Journal for over 20 years. Chuck Wilbur was a senior aide to former U.S. Sen. Carl Levin and former Gov. Jennifer Granholm. They spent much of 2020 learning how to Get Out The Vote in the midst of a pandemic. Contact Chris Andrews at candrews123@gmail.com and Chuck Wilbur at cwilbur@publicpolicy.com. 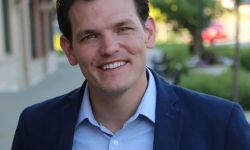 Opinion | Skeptical of Michigan’s election system? Train to be a poll worker 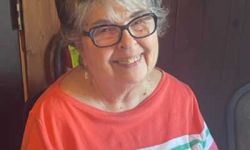