Howard A. Learner is executive director of the Environmental Law & Policy Center, the Midwest’s leading environmental legal advocacy and eco-business innovation organization. He is also an adjunct professor at the University of Michigan Law School, where he teaches environmental and energy law.

It’s time for Michigan Governor Gretchen Whitmer to lead in accelerating coordinated actions by her fellow leaders to clean up Lake Erie.  Here’s why:

Agricultural runoff of fertilizer and manure is the largest source of phosphorus pollution flowing into Lake Erie where it causes toxic algae outbreaks. Most summers, safe clean drinking water is at risk, fisheries are diminished, and enjoyable outdoor recreation suffers.

Implementing the Great Lakes Water Quality Agreement can make a real-world difference for the 11 million people who rely on Lake Erie for safe drinking water.  Michigan, Indiana, Ohio and Ontario signed Annex 4, which commits them to reduce phosphorus pollution by 40 percent by 2025.  They each agreed to develop Domestic Action Plans as roadmaps for progress.  Governor Whitmer’s executive order provides for additional actions and policies strengthening Michigan’s plan.

Reducing phosphorus pollution requires collaborative actions.  If one state steps up with enforceable pollution reduction standards, but others don’t, that can make a dent, but it doesn’t solve toxic algae problems.

Michigan is running ahead, but Indiana, Ohio and Ontario aren’t on course to achieve 40 percent reductions by 2025.  Let’s stop kicking the can.

Compliance becomes tougher when states permit more Concentrated Animal Feeding Operations (CAFO), and the thousands of hogs, chickens and cows produce tons of manure that runs off into waterways that flow into Lake Erie.  Even if fertilizer runoff is reduced by better land management practices, progress is constrained by increased manure runoff.

Why should Governor Whitmer lead the coordinated actions with her fellow Lake Erie governors and premier?

First, because Michigan is already stepping up, and Governor Whitmer has credibility to advocate a race to the top.  Southeast Michigan agricultural operations are making progress lowering their phosphorus discharges.  Combined with the Detroit wastewater treatment plant’s major reductions, Michigan is on a path to reducing its phosphorus discharges into Lake Erie by 40 percent by 2025.

Second, Michigan and Ontario have to work together.  They share responsibility for the Detroit River delivering 25 percent of the phosphorus flowing into Lake Erie.  The largest point source is the regional wastewater treatment plant in Detroit, which has cut phosphorus discharges by 44.5 percent since 2009.  The University of Michigan Water Center’s latest finding, however, is that 54 percent of the Detroit River’s total phosphorus load actually comes from Lake Huron, mostly the Canadian side.

Governor DeWine’s new H2Ohio Fund will pay for some voluntary measures to reduce pollution, but that’s far from sufficient.  Ohio leaders concede that voluntary measures, alone, won’t achieve the necessary reductions.  Since 2011, $3 billion of public funds have been spent in Ohio to improve water quality in Lake Erie, but the phosphorus pollution problems continue, mainly because the rapid expansion of CAFOs produces huge increases of manure runoff pollution that trump other progress.

Leaders should step up and lead to accelerate necessary coordinated actions to reduce phosphorus pollution by 40 percent by 2025, and alleviate toxic algae outbreaks.  Let’s ensure that Lake Erie is truly a safe, clean Great Lake. 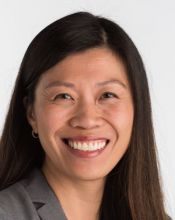