Last week’s rally at the Michigan Capitol was intended to be a peaceful event. It was meant to  demonstrate the power of the First Amendment, and maybe even the Second. The people own this government and they should have a say in it. They have the right to assemble, and they have the God-given right to tell us what’s on their minds.

The problem, as I see it, is that you will never remember what the message that frustrated Michiganders were trying to convey, because of the ugly nature of some of the protesters. Honestly, I’m not afraid of guns and open-carry, I grew up with guns in the house and on the farm.

The problem quickly reveals itself when you combine guns, anger and ignorance. When you see people with long rifles screaming at the top of lungs, it shows the ugly side of civilization.

Some of my colleagues felt unsafe. I truly regret that part of it. Honestly I didn’t, because I trust the men and women we ask to protect us and the public. Having said that, what they put our Senate police, the House sergeants and the Michigan State Police through is an outrage. Our guys handled this day with poise and grace. But as an old bar owner, I know exactly how on-edge they must have been.

What is unforgivable, however, is the fact that the frustrated voices of the average citizen-demonstrator will go unheard, because of the noise these ready-for-violence protesters stirred up. To anyone reading, can we say that this rally served its purpose as you see photos of nooses and screaming people? To those that shouted angry messages at us from the Senate gallery, do you think you changed any minds?

I’ll tell you what I’ve told several Lansing leaders; if you want to lead, if you want me to follow you, you don’t need to give me something. Don’t ever threaten me, ‘cause that’s when the ‘ol bar bouncer comes out in me. If you want me to help you or follow your lead. .. inspire me!

I was not inspired by the senseless, ugliness of the few angry-mob types.

I believe that the Legislature has a rightful constitutional place in leading this state, even in a crisis such as this. I think that two heads are better than one in solving a problem. I wish our governor felt the same way, but I’m willing to take on the peaceful task of restoring checks and balances in Michigan government.

We can lean on each other. We can solve big problems together. We are Michigan Strong. Let’s keep it that way!

Editors's note: This column is an edited version of a Facebook post from Sen. Ken Horn.
Related Articles: 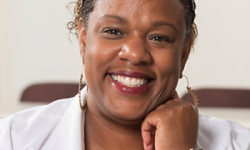