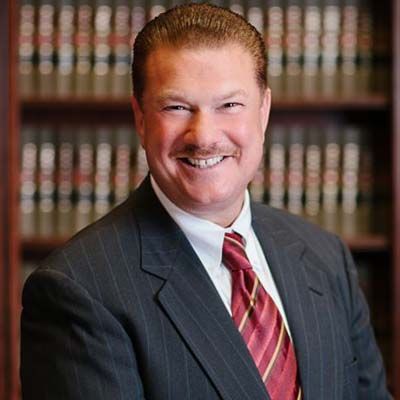 Anyone who travels a Michigan road knows the serious danger potholes pose. It is past time that our roads, bridges and crumbling transportation infrastructure get fixed; they must be fixed.

The challenge, arguably more difficult than avoiding crumbling concrete, is how we pay for these fixes. Considering Gov. Gretchen Whitmer’s budget announcement on Tuesday, and the media surrounding her proposed 45-cent gas tax increase, many have an opinion on how we pay for these repairs.

I am not interested in new revenues that will hurt hardworking Michiganders. We need to find a solution that does not always require taxpayers to open their wallets and spend. A few ideas I have been working on as your state senator include Senate Bills 27 and 28, which would keep registration fees and wholesale gas taxes in the county where a car is registered and where the fuel is pumped.

I also believe our tax system and the process for maintaining and repairing our roads should be made simple, open and transparent. When Michigan drivers pay taxes that politicians say will go to fix the roads, we should be able to follow the entire process, from collection to construction. Consider the governor’s new gas tax hike. According to the Mackinac Center for Public Policy, $499.2 million of the estimated $1.26 billion from her gas tax increase in 2020 — 40 percent — would not even go to roads, but rather to replace current transportation budget money that she wants used for other state government spending.

After listening to the governor unveil her road funding proposal, I fear she is attempting to fix the problem by simply increasing taxes instead of rolling up her sleeves, looking at our current funding formulas, and making the tough decisions on how we spend our current road funding dollars. The governor told us she was willing and able to make the tough decisions. As your state senator, I am going to hold her to it.

I think we must look to reform Public Act 51, a nearly 70-year-old law that provides our road funding formula. I also think we need to audit the Michigan Catastrophic Claims Fund, which is holding approximately $22 billion in taxpayer dollars and growing by approximately $1 billion annually.

The constituents I have met with are confused and frustrated over the amount of money we pay for road construction and maintenance while our infrastructure deteriorates daily. Reports issued by the Michigan Department of Transportation (MDOT), policy institutes and special interest groups all vary on the dollar amount Michigan spends on its roads. In fact, MDOT published a “Reality Check” claiming Michigan spent $154 per person compared to Ohio’s $214 per person on roads. However, when I checked the current fiscal year budget, $5.01 billion in state and federal tax dollars are collected and assigned to roads; that’s about $500 per person.

Michigan residents have been told the taxes collected are earmarked specifically for roads, yet the 6 percent tax on fuel also helps fund our schools, administrative grants and even public transportation. Of the approximately $2.6 billion in fuel and registration taxes collected, nearly 12 percent gets diverted before any roads are fixed. The remaining funds go through the Public Act 51 funding formula and are distributed throughout the state, rather than where the greatest need exists.

As we move through the road funding process and work to come up with solutions to fix our roads, we owe it to all Michigan residents to update Public Act 51 and to look for new and innovative ways to make our roads better, safer and more efficient rather than raising taxes.