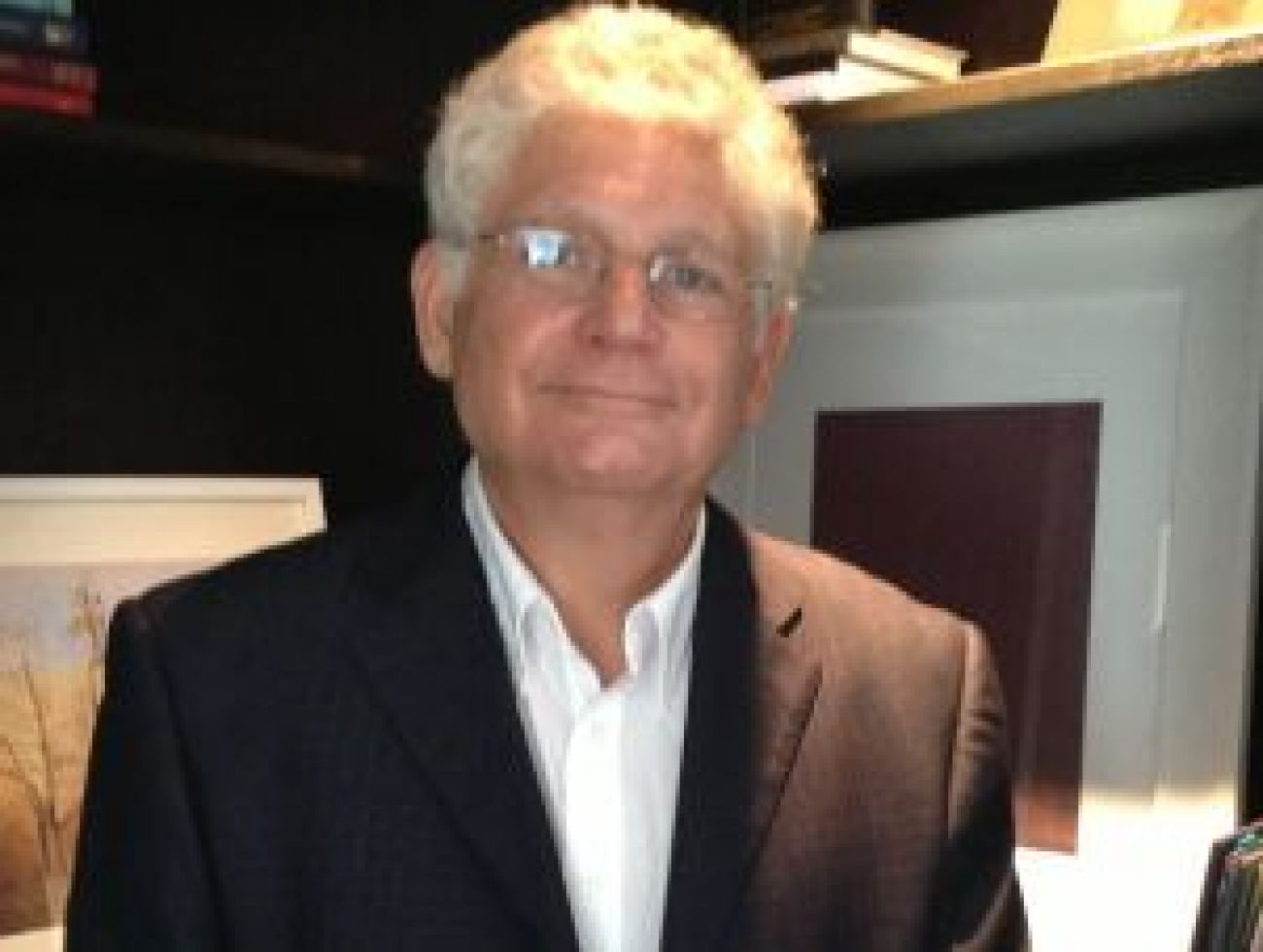 The last three years have been difficult times for Michigan State University. The school has struggled to deal with a variety of circumstances triggered by Larry Nassar’s assaults on hundreds of young women. While major issues persist with respect to institutional governance, specifically with MSU’s Board of Trustees, the situation is more hopeful with respect to the university’s executive administration, led by new president Samuel Stanley.

This month, Stanley announced the creation of two committees that will be advising the university on important matters — current and future. Committee representation will come from across the university, and the committees will include a mix of faculty members, staff and students. “It is you — faculty, staff, and students — who make MSU what it is today and what it will be in the future,” said Stanley.

To MSU outsiders that may not seem like much to celebrate, but it is. It’s “back to the future” for MSU. Decades ago, old-fashioned consultation and engagement was a hallmark of how MSU did business. Executive management established meaningful, ongoing relationships and used input, advice and counsel to move MSU forward.

I experienced what it was like at MSU, years ago, and I also experienced a different version of MSU over the past 25 years. For perspective, I came to MSU in 1978 as a faculty member working across the academic mission — undergraduate, graduate, research and service — and as an academic administrator serving in a variety of roles. I retired in 2012 as a professor and senior associate dean emeritus.

When I entered MSU’s administrative ranks in the late 1980s, I found myself admiring, learning from and modeling what I observed from those in executive positions.

Back then, just about every major plank at MSU was informed by broad-based engagement and input. The administration reached out and sought advice. That input influenced institutional directions in teaching, research and service — the academic core — and also extended to how MSU was and should be functioning organizationally.

One example was an effort called The MSU IDEA (Institutional Diversity: Excellence in Action). That initiative consisted of 50 proposals for improving MSU’s organizational culture. Another was the Spartan Athletic Review Committee (SpARC), which looked at a broad range of issues associated with leading and managing a competitive and socially responsible athletic program, including the need for recruiting women to serve in athletics administration.

The catchphrase was “people matter,” and all initiatives were guided by a primary question: What kind of institution should MSU be?

I assumed this engaging administrative approach would continue unabated — that it was MSU’s leadership imprimatur. It wasn’t. Starting in 1993, MSU began walking a different path. Now, 25-plus years later, it means that a large number of Spartans have no idea of what MSU was back then. What I’m describing here is news.

Of course, MSU of years ago was far from perfect; no institutional environment ever is. And the MSU that emerged to replace it wasn’t a one-off, either, that is, unique to East Lansing and nowhere else.

What happened in East Lansing followed a national trend in higher education that began in the 1980s — a transition I and others call, University, Inc. Public higher education began being led and managed more like a corporation, less as a public institution. A business model organized around competitive advantage, peer ranking and money (grants and philanthropy) became the coin of the realm. Areas that didn’t contribute to those outcomes were less important because they had no impact on helping universities move up in the rankings. In a way, universities began operating like their athletic teams. Winning mattered and everything else was less critical—despite frequent rhetoric to the contrary.

To execute the transition, university execs and boards exercised greater control, aligning the university from top to bottom with executive-level priorities. Many large organizations are run that way, of course. But when broad-based input and engagement declines, you end up with a bifurcated system: those running the place, and everybody else.

At MSU and elsewhere, schools hired presidents and chancellors who were comfortable assuming command and steering the ship. At MSU, Peter McPherson (president, 1993-2004) came with high-level federal and private sector executive experience. A masterful politician, his signature was declaring initiatives with bravado, called “Guarantees’ (e.g., technology, tuition). Lou Anna K. Simon (president, 2005-2018) is a brilliant corporate-style leader. Her ability to absorb details and give personal attention to a large, complex operation is unlike anything I have seen in higher education, before or since. To say ‘she ran the place’ would be an understatement.

While the “I’m in charge” approach is hardly new in organizations — and works in many of them — it was new to Michigan State.

While networking remains an MSU hallmark to this day among those in the labor pool, the gap grew over time between those who were doing the work around campus and those who ‘were running the place’ at the administration building. Committees were no longer the coin of the realm to evaluate and advise MSU on future directions. The administration crafted plans and moved the U in directions they preferred.

There wasn’t much ‘we’ at Michigan State, despite copious amounts of rhetoric that there was. A small circle of folks—in executive administration and on the Board of Trustees—called the shots.

The approach works fine during tranquil times. The challenge is when a crisis hits. When the ties that bind people together are weak, togetherness is in short supply and experience in working through an issue is limited.

So it’s not at all surprisingly what happened in the aftermath of the Nassar revelations: The MSU administration took one position and others took a contrary position. The parties then confronted each other.

I got involved directly in the crisis when I learned that MSU intended to self-investigate the Nassar case, including investigating who on campus (if anyone) knew about his actions and, if they did, how they responded. I was deeply troubled by that decision and quickly learned that others were, too. Several of us got together and crafted a faculty petition. We distributed it through campus networks and, then, submitted the signed letter to Dr. Simon using MSU’s academic governance system as the delivery platform.

The final draft, submitted in April 2017 with 220 signatories, included these words: “MSU Police are accountable to the MSU administration and that portrays a lack of investigative independence. Moreover, that could give the appearance that MSU has something to hide, even if it does not. Regardless of who leads the investigation, eventually, the truth will come out. MSU will be far better off for having allowed external investigators to uncover whatever truth remains to be revealed.”

Our advice wasn’t followed, of course. Instead, the school dug in and drew a line in the sand. And despite the fact that Nassar had assaulted many women who were also MSU students, the administration acted like it was the victim. That scene played out at university board meetings, month after month, especially during the time that John Engler served as acting president.

But let me make one thing clear: It would be a mistake to say that all Spartans found fault with the way that MSU handled the crisis. Even after ESPN released its scathing report, Spartan Silence, and HBO released The Heart of Gold, those of us observing the situation sensed no widespread outrage or effort to rectify the situation — save for a small group of activists, most notably ReclaimMSU, who stayed the course, demanding change.

Instead, I witnessed a considerable amount of deflection and denial, things like, “ESPN is out to get us!” and “We’re no worse than the rest.” And I was amazed at the disinclination among many Spartans to even talk about what was happening at MSU, let alone do something about it. The scene reminded me of a spoof, where a person looks into a mirror and declares, “I’m look fine!” … except that there’s no mirror in place, just a wall.

Moved by the Lansing State Journal’s call for Dr. Simon’s resignation, “Lou Anna Simon Can No Longer Lead MSU” (December 2017), and the Board of Trustee’s testy response, I authored a personal response to what was happening at the place where I had spent nearly four decades.

“MSU Needs Culture Change, End to Elitism” was published by LSJ on Feb. 4, 2018. In it, I wrote about what I called “the skin of MSU” as a peoples’ university, an institution that was founded to serve all people during an era (in the mid-19th century) when higher education was profoundly elitist. I was distressed toward the end of my career to watch MSU devote so much attention and resources to “worshipping the false gods of higher education.” Then, when the Nassar crisis hit, my university responded with recalcitrance, petulance and arrogance.

I felt frustrated, even angry at times, but never gave up hope that MSU would someday find itself. That’s why I find Dr. Stanley’s initiatives so important. We need to be in this together — no matter how difficult or where the road leads. That’s such a simple, straightforward and uplifting view. But unfortunately, and for reasons not fully understood, it eludes MSU’s Board of Trustees. The Board must follow Stanley’s lead.

If Stanley’s intent is real and the Board can adopt a collaborative approach, then the MSU I once knew — the “old MSU” — can be once again.

“Your future is whatever you make it. So make it a good one,” Doc Brown in Back to the Future, III