Opinion | I was imprisoned for murder unjustly. It’s time to fix the system

Guest Commentary
Opinion | I was imprisoned for murder unjustly. It’s time to fix the system

In October 2002, I stepped off a Greyhound bus, returning home from a trip to New Mexico, when six police officers ambushed and arrested me for a murder I did not commit. A witness to the crime had implicated me, telling police detectives that she’d seen me stomp, drag and beat a man with a pipe before shooting him in the head.

This was not just untrue, but impossible. I wasn’t even in town when the crime occurred. 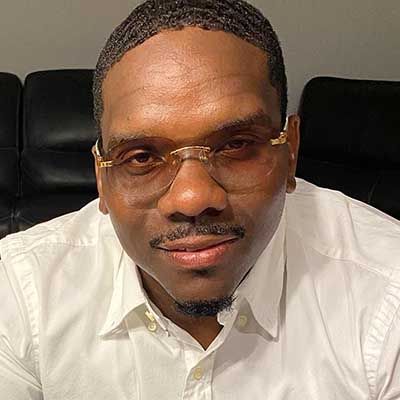 Kevin Harrington was exonerated in April 2020 after spending 17 years in a Michigan prison. (Courtesy photo)

This incident occurred in my hometown of Inkster. At the time, I was a 20-year-old college student majoring in business. As the first in my family to attend college, I was looking forward to a bright future. However, instead of spending time in a classroom for four years, I spent 17 years sitting behind bars, a wrongly-convicted man.

The first of my four trials ended in a mistrial and the second and third in hung juries. I was convicted of first-degree murder at the fourth one and sentenced to life in prison without the possibility for parole.

How could this happen? I had a solid alibi. There was not a shred of evidence, aside from the witness’ bogus testimony. The medical examiner and forensic pathologist said there was no evidence that the murder victim had been beaten with a pipe, hit in the face, stomped, or dragged.

After a number of my appeals failed, an investigation by the Wayne County Prosecutor’s Conviction Integrity Unit revealed that the two detectives on my case had coerced the sole witness’ statement, threatening to send her kids to social services if she didn’t tell them what they wanted to hear. Further, the pipe that was retrieved from the crime scene was found hidden in an evidence drawer. It’d never been entered into the record at any of my trials. Any fingerprints on that pipe would not have been mine. They suppressed the evidence because it would’ve been exculpatory. They were not interested in justice, but a quick conviction. My life didn't matter to them.

The investigation revealed that these officers had a pattern of misconduct – coercing and intimidating people to implicate me in a crime I had nothing to do with. Since Michigan often shields its police disciplinary records from the public, no one in that courtroom, not even me or my attorney, knew if these officers who framed me had a history or misconduct.

Under current Michigan law, disclosure of misconduct records may be exempt unless public interest in disclosure outweighs nondisclosure as determined by a judicial balancing test. In practice, this means records are often not made available to defendants.

I was exonerated in April 2020 after a witness came forward to attest her deceased brother was the real murderer. Had she not, I might still be sitting in prison.

That’s unacceptable. Police transparency is necessary to prevent further wrongful convictions. As it stands today, Michigan law allows police misconduct records to be withheld from both defense attorneys and prosecutors, who make charging and plea decisions based on the credibility of the police. When police departments are not effectively policing their own, unchecked misconduct can lead directly to wrongful convictions that rob innocent people like me of our lives and liberties.

Rep. Tyrone Carter, a 25-year law enforcement veteran, recently introduced legislation (HB 4291) to make these records public information through FOIA. Opening up these records would not only strengthen accountability, but also help police departments weed out any bad actors.

This bill would make clear which records should be available and what should remain confidential.

Police want more accountability in the system too because it prevents bad cops from tarnishing their reputations and creating ill will in their communities, making it difficult to do their jobs.

Rep. Carter’s bill would ensure independent access to all misconduct complaints, not just “substantiated” ones. If an officer is accused of misconduct 40 times, but only found guilty once, that still indicates a pattern that’s worthy of scrutiny. Minneapolis officer Derek Chauvin had at least 17 misconduct complaints on his record before he killed George Floyd in the street.

Going forward, transparency could also act as a deterrent. If a rogue officer like Chauvin knew he risked exposure, Mr. Floyd may be alive today.

Finally, we want and need police in our communities. The vast majority of police officers around the country have a genuine desire to serve and protect their communities. There are plenty who understand that the badge is a privilege and responsibility, and who do their best every day to do right and keep us safe. I have great respect for them.

Legislation for accountability is a step in the right direction toward justice.

While I’ll never get those years of my life back, I am determined to make sure this doesn’t happen to another innocent person.