Opinion | I'm a mom in Switzerland. I learned about voting rights in Big Rapids, Michigan

“Every woman should vote. Remember that,” I recall my great-grandmother Helen Virginia Treynor, whom I called “Mimi”, saying as she rattled Fiestaware dishes in her high-ceilinged Victorian kitchen in Big Rapids, Michigan. The sound of the Grand River gushed behind her, as it could always be heard from the bank below the maple trees where her former house still sits today. I loved my trips from my home in Grand Rapids to hers, though I was ecstatic when she moved in with my family in her later years, inviting me into her bedroom where we watched "Joker’s Wild" together in the evenings.

Today, her words still rattle somewhere in me. It seemed odd for a woman who almost always wore ironed dresses and pantyhose, rarely discussing politics, to tell a girl to grow up and vote.  She was the kind of lady who wore short curls, big round earrings, perfectly applied makeup, and polished the engine of her mustard yellow Nova weekly, which she insisted on driving well into her late eighties. Eventually she moved in with my parents, sisters, and me where her willfulness influenced my own, along with her love for rhubarb and strong coffee.

I wish I’d asked more about why the right to vote had become important enough for Mimi to speak about it to me. Perhaps the trouble she saw when she turned 18 two years before the adoption of the 19th Amendment made her furious, like I often feel today. 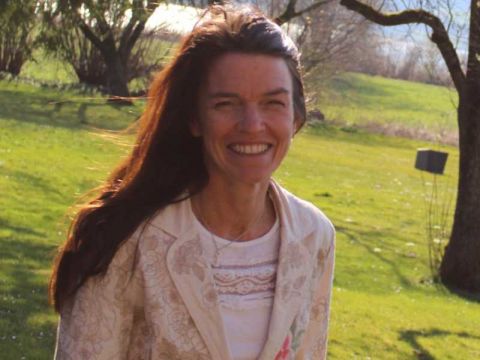 “Women simply had inferior brains, which made them unsuited to the rigors of voting,” said Cheryl Jorgensen-Earp, a professor at the University of Lynchburg.

My grandmother didn’t seem to feel inferior to men, and so I doubt she agreed with such statements. Perhaps as a young woman she saw political cartoons on newsstands illustrating how the blurring of gender roles, through voting rights, would cause babies to scream, dinners to burn, and cats to drown in bowls of milk.

Maybe she saw the cartoon of a “Woman’s Mind Magnified” stereotyping her as someone who cared solely about puppies, clothes, chocolates, jewelry and men. Mimi taught dance, traveled abroad, painted china, and was an organizational diva. She looked nothing like those political cartoons.

Then when she heard of women like Alice Paul, the leader of the Women’s National Party who broke windows, picketed, starved herself, and endured physical attacks in front of policemen, and eventually imprisonment in a sanitarium for her insistence on women’s right to vote— I wonder if my great-grandmother felt the significance of her own right to have a say in our nation’s politics.

And though my Mimi may not have known about Born Isabella, the abolitionist Harriet Beecher Stowe wrote about, or the countless African-American suffragists like Harriet Forten Purvis, Margaretta Forten and Angelina Weld Grimké. Maybe if she’d met them she’d have felt even more gratitude for the fact that she voted for the first time at age 21, in Michigan. If she’d met them, then I assume she’d have been angry that these Black women were barely credited in history books for helping make her own vote possible.

Years later, I’ve found Mimi’s nature in me, playing out in an era different from hers, yet hauntingly similar. I struggle to keep quiet when Trump stereotypes and belittles those whom he calls “housewives” in need of his protection— protection from those city dwellers whom he deems dangerous. He steals these whistles meant to incite fear from cartoons of the past.

I struggle to stay silent when I see clips of refugee moms in the United States, not much different from those whom I work with as an expat in Zürich, further traumatized by a system bent on punishing them, separating them from their children, because of their desire to seek the same freedoms all women want.

I struggle when I see Black and Brown moms, dads and kids brutalized by U.S. police officers— police hired by taxpayers like me to protect every American. But when I talk about my difficult feelings related to these injustices, I sometimes see how I make comfortable people who surround me— uncomfortable.

And I get it. We all want comfort. Yet I’m learning that if we seek a connection to the “other”— whether it be the elderly woman, the one overseas, the other mom’s child in a situation different from our own, even the other parent from the other political party — it’s then and only then that we’ll feel uncomfortable enough to make change.

Perhaps discomfort exists for a reason. It lends us the itch Alice and all the others felt when they endured so much suffering, for our democratic rights. Maybe discomfort brings forth my great grandmother’s voice, when she told me to make every effort possible to vote. Votes make change. 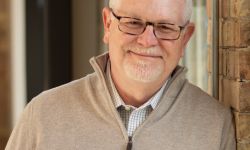 Opinion | It's time to stop being accomplices to attacks on journalists 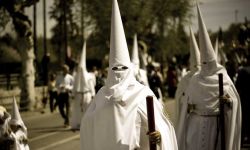 Opinion | Let's not forget the nationalistic history of the Midwest