Dan Eichinger is director of the Michigan Department of Natural Resources

Since 2015, Michigan conservation officers have saved at least 31 lives. Yes, these incidents spared the lives of the individuals rescued, but they also changed the lives of those who know and love those people.

We don’t know where conservation officers will be needed next. We just know that having these men and women on the front lines as first responders has been critical to protecting Michigan. Keeping them there is equally important. We hope the Legislature restores full funding to keep conservation officers in the field for the benefit of our state and its citizens.

Opinion | Whitmer’s legacy will be affected by Line 5. It's time for her decision.

We’ve seen that Governor Whitmer has nerves of steel, strong decision-making skills and demonstrates great leadership – it’s time to apply that approach to Line 5 by following through on her promise to decommission it.

Small businesses are entering a critical, make-or-break stretch for their livelihoods, says this representative who serves on the Joint Select Committee on the COVID-19 Pandemic. We owe it to them to find ways for them to resume their lives safely. 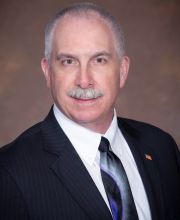 We don’t do ourselves any favors if we aren’t honest about the challenges the state will face without the Line 5 tunnel.

We live in the wilds of the western UP. You only have to read newspapers like the Iron River News to understand how important the conservation officer is to peace and good order up here. They routinely are involved in rescuing the lost, before first on the scene at accidents, and helping other law enforcement officers with crime investigation. They expertly investigate crimes against natural resources as their own bailiwick. If you want to read a true crime hair raising story of peace officer courage and resourcefulness, read the account of the officers who saved the life of a five year old boy when two criminals had him trapped on a sled traversing the rotting ice of Whitefish Bay. That child owes his life to heroic men of iron resolve. It is hard to believe that any lawmaker from up here would think to cut the funding of these first line defenders of life, limb and wild lands.

Its kind of funny that you never hear talks about cutting the staffers that work in the House and Senate building. All Michiganders need to walk through the Binsfeld and Anderson buildings and get an idea of how many employees are employed for each legislature. Its absurd. Let's look at cutting there first or even entertaining the idea of a part time legislature before we cut any funding for first responders, including conservation officers. Michigan's economy benefits greatly from hunting and fishing and we need to protect these precious resources.