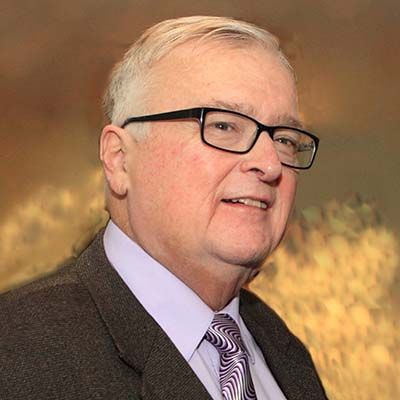 It's time to get rid of in-person voting and go to vote-by-mail elections. We’re already nearly halfway there.

Americans began voting by mail during the Civil War: The first absentee voter laws were enacted by both the Union and Confederacy to facilitate voting by soldiers.

A large percentage of us already vote by mail. On May 7, Michigan held its first election in which all people had the option of voting by mail without needing a “valid” reason why they couldn’t go to the polls. All you had to do was fill out a paper application, mail it, get your ballot by return mail, fill it out at the kitchen table, and send it back.

Even before “no reason” absentee voting, a large minority of voters cast their ballots by mail. In my hometown of Lansing, City Clerk Chris Swope (a supporter of mail-in voting) says it is common for more than one-third of all ballots to be via mail. Swope and his fellow local clerks have demonstrated, election after election, they are fully capable of dealing with large numbers of mailed ballots.

Three states have already converted to statewide mail-in voting: Colorado, Washington and Oregon. Their experience: Vote-by-mail elections are neither problematic nor are they more susceptible to fraud.

For starters, each ballot envelope has to be signed by the voter; that signature can be matched to the voter's registration record. If a ballot is received and the signature is questionable, there can be direct contact between the clerk and the voter. This is actually better security than having lightly trained poll workers check voter ID at the polls.

Vote-by-mail saves money. There are about 4,800 voting precincts in Michigan. In a major election it takes about 10 election judges for each precinct at a cost of around $1,500/precinct (roughly $6-to-7-million per election). Vote-by-mail would require a small fraction of those 50,000 or so election workers. It saves more money by eliminating tabulators and computers used at precincts, and ending the cost of transporting voting equipment to those 4,800 precincts.

Vote by mail cannot be hacked. Paper ballots would be processed using counters which are not connected to the Internet; having every vote on paper provides an audit trail for recounts and quality control.

Vote-by-mail would end allegations of voter suppression through such things as too-few precincts, too-few voting booths, or precincts strategically located in the "right" parts of town.

For voters, it would mean the opportunity to cast a more informed vote. Don't know anything about the candidates for State Board of Education, or the impact of that local millage proposal? If you are voting at your dining room table you have the option to seek out more information before casting your vote.

The biggest drawback is “spoiled” ballots, something that is especially a problem in primary elections. According to Swope (who is also former Michigan Municipal Clerks Association president), up to 10 percent of mailed ballots in partisan primaries are spoiled because voters cast votes for candidates of more than one political party.

The most important impact of vote-by-mail for our democracy may be that, combined with Michigan’s automatic voter registration (approved as part of Proposal 3 last year), it likely would substantially increase voter participation in elections.

Ingham County Clerk Barb Byrum, who as state representative served on the House Elections Committee, says “it will make our elections even more secure and accessible to voters. No-reason absentee voting through Proposal 3 has opened doors for many more voters to vote before Election Day, however, many are still unaware of elections taking place or how to obtain an absentee voter ballot.”

It has been thoroughly tested in three states. Secretary of State Jocelyn Benson should lead the way to make Michigan the fourth.