The woman approached me tentatively. “May I ask you a question?”

“Where is the court for the white kids?” Her question was earnest and sensible.

This conversation took place not long ago in the hallway of the Washtenaw County courthouse. The woman, a retired nurse and white, was involved with a community group that was advocating for restorative justice programming in the county’s legal system and involved in a court-watching project. She had just spent the morning observing on a random day the docket of juvenile delinquency hearings in which almost every child hauled before the court was a Black boy.

For decades, Michigan’s juvenile justice system has disproportionately impacted children of color, particularly Black and Latino boys. Researchers across the county and in Michigan have repeatedly found that African-American and Latino children are over-represented at every stage of the juvenile justice process — arrest, pre-trial detention, disposition, placement in confinement (juvenile prison).

Similarly, children of color are disproportionately tried in adult court and incarcerated in adult prisons. For example, in 2017, Black kids made up14 percent of all youth in the country, yet 54 percent of the youth prosecuted as adults for property crimes and 58 percent prosecuted as adults for acts of violence were Black despite the fact that Black and white youth — 68 percent of the youth population — commit crime at similar rates.

A just-released report from the National Juvenile Defender Center helps to explain why. The report details the poor quality of legal representation Michigan’s children receive when charged with juvenile delinquency. Among the causes of poor representation are:

In 2015, the State Court Administrative Office partnered with several other entities to develop a guidebook to assist local communities in addressing the disproportionate handling of children of color in the legal system. It seems to have made no difference.

To remedy the disparate racial impact of the state’s juvenile justice system, the new report’s authors suggest, Michigan should establish statewide oversight of its juvenile defenders, as it recently has done with adult criminal defendants. It should also establish mandatory minimum standards for lawyers who handle cases of juvenile delinquency. This will require increased funding to ensure that lawyers for poor children have the same resources available to defend children that prosecutors have to prosecute them. Getting those resources will require leadership from Chief Justice Bridget McCormack, Governor Whitmer and our state legislature.

More than 50 years ago, the Supreme Court ruled that a child charged with delinquency has the right to be represented by a lawyer. For nearly as long, the Court has made clear that the right to a lawyer means the right to competent representation. The newly released report makes clear that in Michigan, that right exists mostly on paper, and not in practice. Until that changes, our juvenile justice system will disproportionately impact our Black and Brown children.

Opinion | ‘The beatings will continue until you learn to read’

With a pause in school testing, now is the perfect time for Michigan to rethink its punitive third-grade reading law. 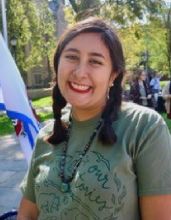 We're not all rich from casinos nor do we look like caricatures from the 1700s. Forget everything you learned in school about Michigan's first inhabitants.

I am familiar with an egregious example of the treatment given the children of the Detroit Community District.
$35 million plus of the District's school operating millage voted for by Detroit taxpayers in 2012 was "captured" by the Detroit Downtown Development Authority for the specific stated (without apparent embarrassment) purpose of "reimbursing" the two billionaires for the additions to the Little Caesars Arena necessary for the use by the Detroit Pistons of the arena for professional basketball.
When challenged by a Detroit resident taxpayer, because state law (the Michigan School Code) says in order to change the use of the school's operating millage, the voters need to approve the new use, the school board refused to put the question on the ballot as state law requires(§ 380.1216). The federal district court (not a chance with this lawsuit in a state court) said too bad you don't have standing and you are too late. The 6th Circuit is apparently struggling with this too as they have not yet ruled on this 9-10 months after oral argument in one of the cases.
So between an irresponsible school board and timid courts the children of Detroit public schools and their parents continue to migrate to alternatives. The "fix" is not easy - I sure don't know it - but it will take leadership. Where is it?!?

I think the same "competent representation" ought to be held true for poor parents facing Child Protective Services. I often wonder how many parental rights have been improperly stripped because of taking a plea deal or having bad representation, when maybe all they need is some guidance or assistance.

Sorry for being off topic. Apologies.

"children of color are disproportionately tried in adult court and incarcerated in adult prisons. For example, in 2017, Black kids made up 14 percent of all youth in the country, yet 54 percent of the youth prosecuted as adults for property crimes and 58 percent prosecuted as adults for acts of violence were Black despite the fact that Black and white youth — 68 percent of the youth population — commit crime at similar rates."

There is a lot to unpack there with a deeper examination of cause. The question is why, and it really isn't answered? The numbers are a starting point, not an end point. For instance - boys and girls make up about 50 each of the population, but boys are suspended, expelled, arrested, incarcerated at rates much, much higher than girls. Are boys/men discriminated against? Are girls given favorable treatment? Do we need to lock up more girls or release more violent males to make things fair?