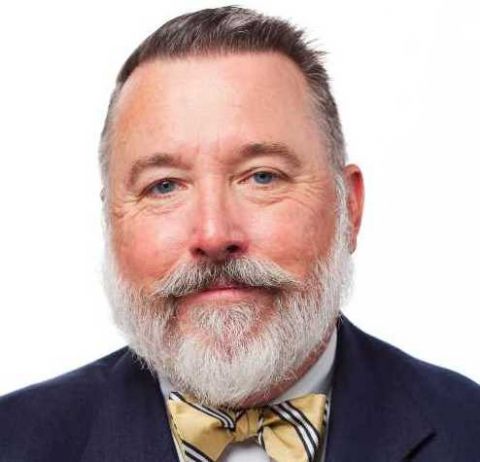 Let’s cut to the chase. The group of 13 men arrested last week on federal and state charges of plotting to kidnap Michigan Gov. Gretchen Whitmer are members of, or affiliated with, armed militias.

Prosecutors say they were planning acts of terrorism.

So what do we call them, militia members or terrorists? The initial reporting accurately characterized them as militia members. The internet was quick to pounce:

Don’t tell me there’s not a racist problem in our country. Muslims are called terrorists, Black Lives Matter are called thugs and anarchists, but white men who try kidnapping a governor are called a militia, shut the front door.

They are NOT militia.

Gov. Whitmer added her own voice to the debate.

After much discussion in our newsroom, we've decided that moving forward, we will be using the term "domestic terrorism" or "domestic terrorist," rather than militia. We feel these words better define the subjects of the investigation.

But there’s a problem with this simplistic trading of one term for another. The two — militia and terrorist — are not mutually exclusive. When both terms apply we have to use both terms. J.J. MacNab, a fellow at Georgetown University’s Program on Extremism explains why: “Militia” is just a useful indicator of what flavor the terrorist group is."

The militia movement in the United States is a particular slice of the antigovernment far right, a wide-ranging category of groups both armed and unarmed. In emulation of legitimate military forces, militias, even small ones, tend to be organized hierarchically, with command roles and task specialization. They equip themselves with easily acquired military-style weapons and tactical equipment. They recruit. They train in marksmanship, small-unit combat tactics, reconnaissance, operational security, field medicine, and so on.

Amy Cooter, a militia expert at Vanderbilt University, says militia groups tend to fall into two broad categories: "Traditionally, researchers have categorized militias as one of two general types: “constitutionalists,” who are largely law-abiding and make up the majority of the movement, and “millenarians,” who are more prone to conspiracy theories and violent action," Cooter writes.

More recently, internal divisions have occurred in both these groups around whether they support police, or whether they call for a widespread uprising against government tyranny.

The Southern Poverty Law Center identifies nine such armed antigovernment militias active in Michigan as of last year, and fully 181 nationwide. The group plotting the attack on Whitmer, calling themselves Wolverine Watchmen, doesn’t appear on the SPLC’s list, however, according to media reports, the alleged ringleader of the plot, Adam Fox, had been expelled from another, more established militia, the Michigan Home Guard. Apparently they found him too extreme for their own tastes.

The Wolverine Watchmen, Cooter suggests, are likely to be a recent splinter from a larger and more well-established group, the Michigan Liberty Militia, which took a prominent role in the armed antilockdown protests at the Michigan State Capitol in the spring and early summer.

So what flavor of terrorists are these guys? Their affiliation with the militia movement tells us that they are likely motivated by belief in a variety of antigovernment conspiracy theories and fears of state oppression, especially around gun and property rights. They see themselves as a bulwark protecting their fellow citizens from the heavy hand of state repression or tyranny. Some organize with the expectation that they will have to confront impending government violence. Others believe they are preparing for a looming revolution and renewed civil war.

If you accept the evidence presented by the FBI and Michigan State Police, the Whitmer plotters were the latter kind of militia, with a twist. They appear to believe that they could, by going on the offensive, bring about the war they’ve long expected. And here is where they cross the line into terrorism.

According to the FBI affidavit supporting charges against Fox and five others, in a phone conversation recorded in July by a confidential informant, Fox, according to the FBI, discussed the need for government to collapse because in his eyes it has become so tyrannical:

"In all honesty right now … I just wanna make the world glow, dude. I’m not even fu--n’ kidding. I just wanna make it all glow dude. I don’t fu--n’ care anymore, I’m just so sick of it. That’s what it’s gonna take for us to take it back, we’re just gonna have to everything’s gonna have to be annihilated man. We’re gonna topple it all dude."

A month later, while members of the group were engaging in a reconnaissance operation to scout out the location of the planned kidnapping, an informant captured another conversation on audio. Here Fox makes the promise of violence against not just Whitmer, but other agents of the state, like police, explicit:

And Fox, in talking to his comrades, clearly hopes that their efforts will inspire other militia groups around the country to follow their lead:

"I can see several states takin’ their f--n’ tyrants. Everybody takes their tyrants."

The group had also come to the realization that further participation in nonviolent politics would be both pointless, and could also endanger their planned attack. In an encrypted group chat, Fox asks the group what they thought of an invitation from another militia group to participate in an armed protest at the State Capitol in Lansing.

"[Ty] GARBIN replied, “I would highly advise minimizing any communication with him. Also there needs to be zero and I mean zero public interaction if we want to continue with our plans.” [Brandon] CASERTA replied, “When the time comes there will be no need to try and strike fear through presence. The fear will be manifested with bullets.”

So where are we? The 13 men arrested and charged last week are part of the antigovernment militia movement who, according to the FBI and the Michigan State Police, plotted a series of terrorist attacks against elected officials and law enforcement officers intended to trigger an armed rebellion against the United States. In this they are a throwback to an earlier Michigan militia group, the Hutaree, who in 2010 plotted to kill police officers in order to touch off a larger war with and uprising against the U.S. government.

I’ve written at some length about the definition of terrorism. To summarize, terrorism is the deliberate, politically, socially, or religiously motivated use or threat of violence, usually intended to influence an audience beyond the immediate target through the creation and exploitation of fear.

Like the Hutaree before them, the Wolverine Watchmen tick all the boxes. Their plans were deliberate and premeditated. They were motivated by a political objective. They intended to carry out acts of violence in pursuit of their goals. They hoped to inspire others to carry out further attacks. They hoped to strike fear.

That makes them terrorists. And militia. Both labels are accurate, and used together paint a more accurate picture of who they are and what they hoped to accomplish than using either label alone.