Senator Dayna Polehanki is a Democrat who represents the 7th Senate District, which includes the townships of Canton, Northville, and Plymouth, as well as the cities of Livonia, Northville, Plymouth and Wayne. She spent almost 20 years in the classroom. (Courtesy photo)

It’s that time of year again. Every year, Michigan Republicans — who control both the House and Senate — trot out a series of graphics about education funding, proclaiming they’ve presided over “record funding” and even “the most in our state’s history!”

This is a classic case of smoke and mirrors. By the same standard, the GOP is feeding a scrawny, underfed dog a few extra kibbles and boasting they provided it with a “historic amount of dog food.” However, the dog is still starving.

While technically there has been an increase in raw dollar funding, the dire reality is this: It isn’t nearly enough to keep up with inflation’s true impact on our schools’ budgets. Michigan ranks dead last among states in school funding growth since the passage of Proposal A. In fact, the current fiscal year funding is 38 percent lower than funding would have been if we had kept pace with inflation since 1994, as measured by the state and local government price deflator.

It is also notable the GOP’s graphic touting annual increases to the foundation allowance only began with the 2011-12 school year — the same time a massive cut of $470 per pupil occurred. Had their graphic included previous years back to 2008-09, it would show that schools are just now reaching the same level of funding they had a decade ago. To begin a graph in the year of a truly historic funding cut in order to show incremental growth from that point forward is not just deceptive, it’s dishonest.

The budget proposal being sent to the governor does not do enough for special education and at-risk students, the Great Start Readiness Program, or pre-kindergarten programs. These children have vastly suffered under Proposal A, and unfortunately, will continue to suffer from the previous administration’s one-size-fits-all approach to third-grade reading.

It is both immoral and irresponsible to make schools a place where children, especially our most vulnerable, are made winners or losers because elected officials refuse to come to terms with the shortfalls in our education funding or provide real, tangible solutions. Every student deserves an opportunity to gain the skills they need to thrive, make ends meet, find and keep a good-paying job, and earn job security.

Further, as Republicans continue to publish hand-picked numbers, the fact is not all of that money goes into the classroom.

That is why we must ensure School Aid dollars are directed only to K-12 schools, and it is time to support a weighted funding system that acknowledges the cost of providing a world-class education isn’t the same in every district or even every classroom.

To fail our students is to fail our state. We must make sure every student has multiple paths to a good-paying job. As it currently stands, the GOP’s budget proposal for K-12 funding falls well short and amounts more to a shrug of the shoulders to say “we did something” rather than truly DOING something.

It’s time to stop playing political games with our children and our state’s future, and instead make a meaningful, comprehensive investment in our schools and our children. 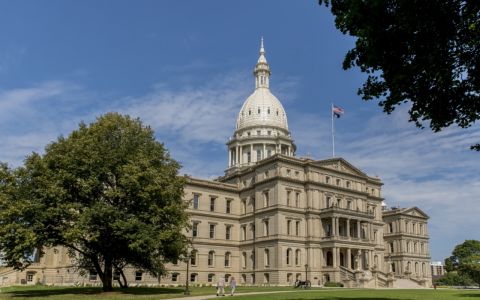 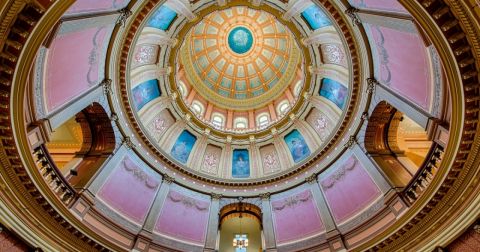 Democratic Gov. Gretchen Whitmer's administration and Republican legislative leaders said Monday they've agreed to a framework for the 2021 budget that will protect funding for K-12 schools and local governments despite revenue declines amid COVID-19.

I'm in support of Polehanki and Whitmer, however, because my at risk preschooler isn't in her state funded program I am not at work. It's a very hard time. Our household is suffering and I imagine we aren't alone. Let's not suffer for nothing!
I wish I understood better why my stundent has to suffer for Whitmer to get what she needs to fix the damn roads. Maybe there was a more complicated reason why the roads are still 'broken.' Just a guess, no one hired an economist to draw out some actual numbers to prove there is no gained monies from not weighing trucks?
Just all of this is very frustrating.

What exactly are you doing to help your kid from this suffering? Why do you think Ms. Polehanki and Whitmer would care more about your kid than you should?

I find this article extremely frustrating. Why? Because I'm reading an article that points fingers at one political party. School funding is not where it should be and funding for K-12 should not be rerouted to colleges. I have three children in grades 3-9. Each school needs massive work on building upgrades, safety, learning materials, computers and much more. They don't attend a top notch school but it certainly is better than a lot of other schools. When schools can't afford to maintain the building due to lack of funding, how do you expect them to teach children while rain water is leaking onto staff and students heads? This isn't solely the fault of Republicans or Democrats. Both parties are equally to blame. Both parties play the smoke and mirrors game. U.S. citizens, sadly, can't believe anything either party says because neither has put money where their mouth is. It's happening all over the budget on both sides in Michigan. School funding, roads, all of it is mismanaged and irresponsibly spent. When elected officials start being honest, walking the walk and not just talking the talk...then and only then will voters believe our government truly cares.

This may already have been factored into the calculations about the extent to which, under Republican auspices, K-12 education funding has fallen. We should remember that, when Proposal A was passed, local school districts were not responsible for pension contributions. The (Republican) legislature transferred this tremendous financial burden to local districts so that they could justify passing tax cuts.

1.) 2nd amendment says that f Obama or Trump declares they are President for life and has backing, I can and should take my weapons with my friends and neighbors march on DC and take back our country. Not personal protection.
2.) $8,200 per student times 25 students = $205,000 minus $55,000 teacher salary=$150,000. Add extra for any student that is deemed "special". Intermediate schooll district has their own special taxes for whatever they want. I think that there needs to be an audit . MANY STUDENTS ONLY ATTEND 3 OR 4 DAYS A WEEK SO HOW DOES ANY ONE THINK THAT THEY WILL BE UP TO GRADE. They will just keep the rest of the class behind. Maybe truant officers could help or parents should be held responsible