Instead of wasting his valuable time visiting with our state’s 22 other hate groups, including nine neo-Nazi and White Nationalist groups, I have a better idea. He should pay his respects to the Holocaust Memorial Center’s Zekelman Family Campus in Farmington Hills. 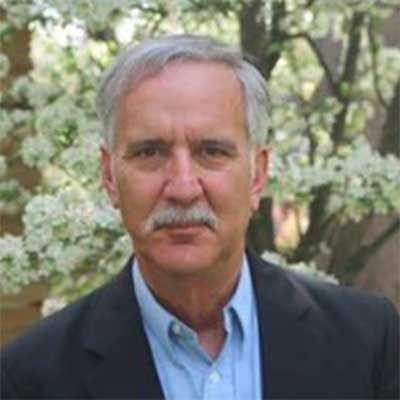 Michigan-based Roger Rapoport is co-author of the new book GROUNDED: How To Solve The Aviation Crisis. (Courtesy photo)

From Dearborn’s Henry Ford to Royal Oak’s Father Charles Coughlin, Michigan anti-Semites have amplified their voices across the country. Anti-Semitic groups operating in Michigan today include the Atomwaffen Division, the Patriot Front and the Proud Boys. As Bridge Michigan’s Jonathan Oosting has reported, hate crimes in our state jumped 40 percent between 2015 and 2019.

“One of the commonalities of these diverse groups is their military style practice for civil war,” says the Anti Defamation League’s Michigan Regional Director Carolyn Normandin.  “As you saw in Washington on January 6, some of them are better armed than the police.”

“If you allow doctors to do evil things this is what you are left with,” said my fellow museum visitor Rod Sanville as he studied how American eugenics enthusiasts inspired Hitler’s deadly attempt to create a master race.

Sanville, a retired state employee from Holt, was touring with his daughter and son-in-law. They had given him frightening homework, a big lie called Mein Kampf.

“It’s amazing that Hitler’s century-old book has so many amazing similarities to what happened in our country over the past four years.  People don’t change, technology does.”

Hitler’s program to create a master race by cleansing Germany of people viewed as biological threats to public “health” was “torture dressed up as medical experiments,” says Holocaust Memorial Center education director Ruth Bergman. “There was no scientific validity to what they were doing.

“Physical perfection was a measure of a person’s worth as a human being. If you were physically and intellectually inferior you were disposable.”

With the enthusiastic participation of physicians, psychiatrists, geneticists and anthropologists, the Nazis promulgated a 1933 law for the prevention of progeny of people with “hereditary diseases.” In 1935 the Third Reich began requiring all physicians, nurses and midwives to report any child under the age of three showing signs of intellectual or physical disabilities.

On the recommendation of family physicians, disabled children, including Aryans, were shipped in good faith by their parents to special pediatric clinics for “treatment.” After these “patients” were summarily euthanized, false death certificates were issued to hide more than 5,000 murders.

The liquidation of adults who had been institutionalized with mental or physical disabilities began in 1939 at Berlin’s T-4 center in a former Jewish villa. Here patients were loaded onto vans driven around town until all the passengers died from carbon monoxide piped in from the tailpipe.

When word leaked out that Hitler’s innocent victims were being gassed, the doctors switched to less obvious forms of euthanasia such as medical overdoses and starvation at T-4 and five other killing centers across the country. Through this program the Nazis murdered an estimated 650,000 mentally and physically disabled people, creating the model for German death camp gas chambers that nearly annihilated European Jewry.

This racist ideology continues to get a boost from the bogus early 20th Century international eugenics theories that led Hitler to create mass genocide. His passion for racial purification raises important questions today for what this exhibit calls “present-day interest in genetic manipulation that promotes the possibility of human perfection.”

This museum’s permanent collection also honors those who courageously fought the holocaust.  A special tribute to Michigan’s Jewish soldiers who died in their battle against the Nazis is complemented by notable eyewitness accounts from holocaust survivors living in our state.

I wish I could have walked this Michigan landmark convinced these exhibits are a closed chapter in our state’s history. Unfortunately it’s impossible to ignore the Holocaust deniers who aggressively picket an Ann Arbor synagogue, the vandals who desecrated a Houghton synagogue in 2019, and a Grand Rapids cemetery shortly before last November’s election. While the FBI arrested anti-Semitic BASE members in December, the Patriot Front hate group is busy trying to recruit members at Michigan Tech, Mott Community College and the University of Michigan.

Visiting the Holocaust Memorial Center is a good way to understand how all of us can help lay to rest racist myths before they cause more heartbreak. As long as the mythology that fueled the Holocaust remains at the beating heart of our nation’s hate groups, a visit to this memorial center is must.