Why does Michigan honor a slave-holding senator, while forgetting a senator who fought slavery?

Guest Commentary
Why does Michigan honor a slave-holding senator, while forgetting a senator who fought slavery?

During the mid-19th century, two Michigan U.S. Senators were prominent in America's struggle with slavery. One was a slave owner and the leading spokesman for the doctrine of "popular sovereignty," which held that the people of American territories should be entitled to decide whether to permit slavery, including in the Northwest Territory where slavery was prohibited.

The other senator worked closely with President Abraham Lincoln in drafting and passing the 13th Amendment abolishing slavery and in drafting the 14th Amendment, that is today's constitutional foundation for protecting African Americans against racial discrimination by state and local governments. 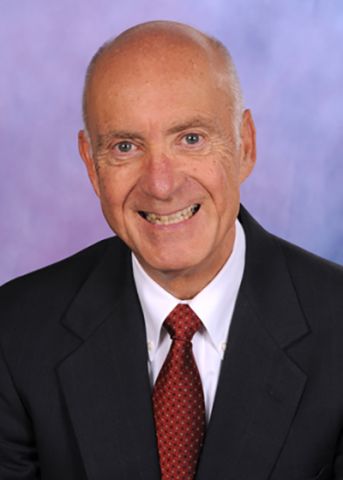 Unjustly and ironically in Detroit, a city predominantly African-American, the slave owning senator who also endorsed slavery in the territories enjoys a place of honor in the city and in Michigan history, while the senator who fought slavery is long dead, buried in Detroit's Elmwood Cemetery, and forgotten, even by Michigan historians.

In her New York Times article last September, “The South Doesn't Own Slavery,” Professor Tiya Miles of the University of Michigan shined a light on the slave ownership of Lewis Cass (1782-1866) and the sale of his slave named Sally to a member of the Macomb family, as reported by his biographer, Willard Carl Klunder.

Cass is remembered today in many ways. His statue stands with President Gerald Ford as one of only two in the U.S Capitol from Michigan. Detroit's leading technical high school and football powerhouse (Cass Tech) bears his name as does one of the city's prominent streets. Detroit's island park in the center of the Detroit River is named after his daughter, Belle.

Prominent government positions held by Cass are numerable. He was the appointed governor of the Michigan Territory, served in the cabinets of two presidents and was a candidate for the U.S. presidency, in addition to serving in the U.S. Senate. As secretary of war in the cabinet of President Andrew Jackson, he help implement Jackson's policy of "Indian removal" along a "trail of tears," with many of the 125,000 Native Americans removed not surviving the march west from their southeastern tribal lands.

In contrast, Jacob Howard (1805-1871) who owned no slaves and devoted his political career to opposing slavery is buried in Elmwood Cemetery and long forgotten.

Ironically, Howard too had an impressive political career. He served in the U.S. House of Representatives, as Michigan attorney general and helped draw up the platform for the first Republican Convention held in Jackson, Michigan. As senator, in addition to his civil rights advocacy for slaves and all Americans, he was the chief sponsor of the False Claims Act, the "Lincoln Law" which permitted whistleblowers to file lawsuits against government contractors for the widespread fraud that existed at the time, with the incentive of receiving  monetary rewards based on the recovery made by the federal government.

The nation is reassessing the honors bestowed upon early Americans who sought to suppress human rights with their names and statues being removed from public places. Lewis Cass deserves to be re-examined in this light.

Should he be one of two Michigan figures representing the best of the state's leadership in our nation's capitol, or honored on the city's public buildings? More importantly, however, let's give special recognition to leaders who helped secure America's inalienable rights, such as Michigan U.S. Senator Jacob Howard.