The years-long saga surrounding Nestlé and its Michigan groundwater withdrawals comes to an end – in a way – as Nestlé withdraws from the situation, selling its North American water brands to another corporation.

These brands are notable in the Great Lakes region, not just because residents see them in grocery stores but because of a contentious permit case that brought to the forefront many of the concerns locals have over water withdrawals and their potential impact.

The change in ownership does not erase the conflict regarding the water withdrawals, as the permit in question does not end with Nestlé. The permit “is transferable to the new owner,” according to EGLE Strategic Communications Advisor Scott Dean.

Private-equity firm One Rock Capital Partners has acquired the brands together with investment firm Metropoulos & Co. for $4.3 billion. Other brands that Metropoulos & Co. have acquired and revived include Hostess and Pabst Brewing Company.

“This move is part of our strategy to transform our global waters business, which was announced in June of last year,” Dana Stambaugh, external communications lead for Nestlé United States, said in an email. “The sale enables us to create a more focused business going forward that is centered around our international premium brands, natural mineral waters and high-quality healthy hydration products.”

The sale, focused on North American regional water brands, does not include Nestlé’s international premium brands such as Perrier, S.Pellegrino and Acqua Panna.

“I am pleased to have the opportunity to lead (Nestlé Waters North America) as it enters the next phase of evolution,” Dean Metropoulos, founder of Metropoulos & Co., said in a statement. “This is an important inflection point for the business as it transitions to an independent company, and I look forward to collaborating with One Rock and NWNA’s management team to deliver unparalleled value to our customers.”

What does that mean for the Great Lakes?

This sale does not come as a surprise to many who have followed the company. Nestlé has been clear about its intentions to drop its North American water brands for some time, even as it announced its new goals to achieve carbon neutrality in its portfolio, reduce plastic waste and enhance water stewardship by committing to replenish 100 percent of the water it uses.

The decision to sell comes on the heels of a very contentious permit application from about four years ago that allowed Nestlé to increase the amount of water it could pump from an Evart, Michigan, well to 400 gallons a minute from 250 gallons a minute.

Much of the concern was focused on environmental impact of the water withdrawals and the impact of privatization of water resources.

Peggy Case, board president of Michigan Citizens for Water Conservation, said in a previous interview that Nestlé is allowed to take water that is a common good for a minimal licensing fee and sell it for a profit while “thousands go without clean water and an affordability plan at the state level.”

Despite the outcry, the permit was granted, and an administrative law judge ruled in favor of Nestlé in a later contested case filed by the Michigan Citizens for Water Conservation and the Grand Traverse Band of Ottawa and Chippewa Indians.

The judge, Daniel Pulter, found that Nestlé’s withdrawals are “reasonable under common law principles of water law in Michigan” and that Nestlé demonstrated that it would take action to address the impact of its withdrawals if necessary, according to the ruling.

“Completely overlooked in EGLE’s decision is the duty arising under the 1836 Treaty, which enabled Michigan’s statehood in 1837. Michigan has a duty to protect the Tribes’ treaty-reserved resources from diminishment,” Bill Rastetter, tribal attorney for the Grand Traverse Band of Ottawa and Chippewa Indians told Great Lakes Now.

“It doesn’t matter to us who owns the wells and the bottling plant,” Case told Great Lakes Now.

One Rock Capital Partners declined to comment beyond the press release issued on Tuesday. Metropoulos & Co. did not immediately respond to request for comment outside the statement. 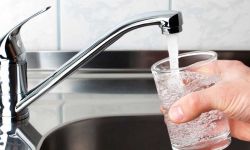