Michigan’s more stringent PFAS drinking water standards took effect this month, making the state among the most aggressive in the nation at crafting policies to keep the so-called forever chemicals out of public water supplies.

The move means Michiganders who get their water from a municipal supply will soon have a greater degree of protection from per- and polyfluoroalkyl substances (PFAS), chemicals found in non-stick coating, firefighting foam and other products. The chemicals have been linked to cancer, thyroid issues and other health conditions.

The new standards also lowered the threshold for cleanup of PFAS-laden groundwater, a move designed to address contamination at the source rather than relying solely on water suppliers to remove it from already-contaminated drinking water.

Those limits are stricter and more comprehensive than the federal Environmental Protection Agency’s unenforceable health advisory levels, which warn against levels exceeding 70 parts per trillion for PFOS and PFOA, two of the thousands of PFAS compounds.

.Here are five things to know:

Are there municipal supplies in violation of the new standards?

Municipal water providers are now required to test their water quarterly for the state’s regulated PFAS chemicals. A failing grade for four consecutive quarters counts as a water quality violation.

Past testing of more than 1,700 municipal water supplies revealed that about 90 percent had no reportable concentrations of PFAS compounds. Another 7 percent had detections that didn’t exceed 10 parts per trillion total PFAS in any combination of 14 compounds.

With further testing, Sliver said, “a couple dozen” systems could be required to add treatment systems or take other actions to remove PFAS from water supplies.

What if I’m not on city water?

If you get your water from a household well, state drinking water standards don’t apply.

However, Michigan has tested private drinking water wells in areas of the state with known PFAS contamination, and many Michiganders with tainted wells have either switched to municipal water or obtained filters for their home supply.

If investigators believe contamination is moving offsite and affecting residential wells, they will develop plans to assist residents, Sliver said.

“We’ll be knocking on their door,” he said, to ask if state scientists can sample their well water.

Sliver said MPART plans to hold webinars soon to give Michiganders details about response plans at the sites that joined Michigan’s cleanup list when the new standards took effect.

What if I’m not near a known PFAS site but am still worried about PFAS contamination in my well water?

Sliver said the state is developing efforts to inform private well owners about PFAS, and will assist them with getting their water tested, help them make sense of test results and consider options for filters or other solutions, from digging a deeper well to connecting to municipal water.

Is the state done looking for new PFAS contamination sites?

No. Sliver said state scientists continue to test for PFAS contamination across the state, and will add to the contaminated site list if test results identify additional locations where PFAS levels exceed the new groundwater standard.

How can I find out if there is a contaminated site in my community?

The state has published a list of all sites, along with lots of supplemental information about each one. 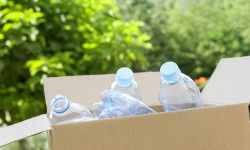