The food web in lakes Michigan and Huron has changed in ways that jeopardize age-old fishing traditions and raise questions about how we’ve managed them.

It is an ecological disruption that sets the scene for deciding how to manage the lakes in the future, even as state and Native American negotiators work out how best to parcel out the lake’s fish.

Negotiators are now updating a 2000 consent decree, the legal settlement that spells out where and how much lake whitefish and lake trout can be harvested by recreational, state-licensed and Native American commercial fishers.

The new decree was supposed to be finalized in 2020 but the process was derailed by Covid 19, leading to multiple court-approved extensions.  Negotiations continue with a deadline quickly approaching at the end of June. 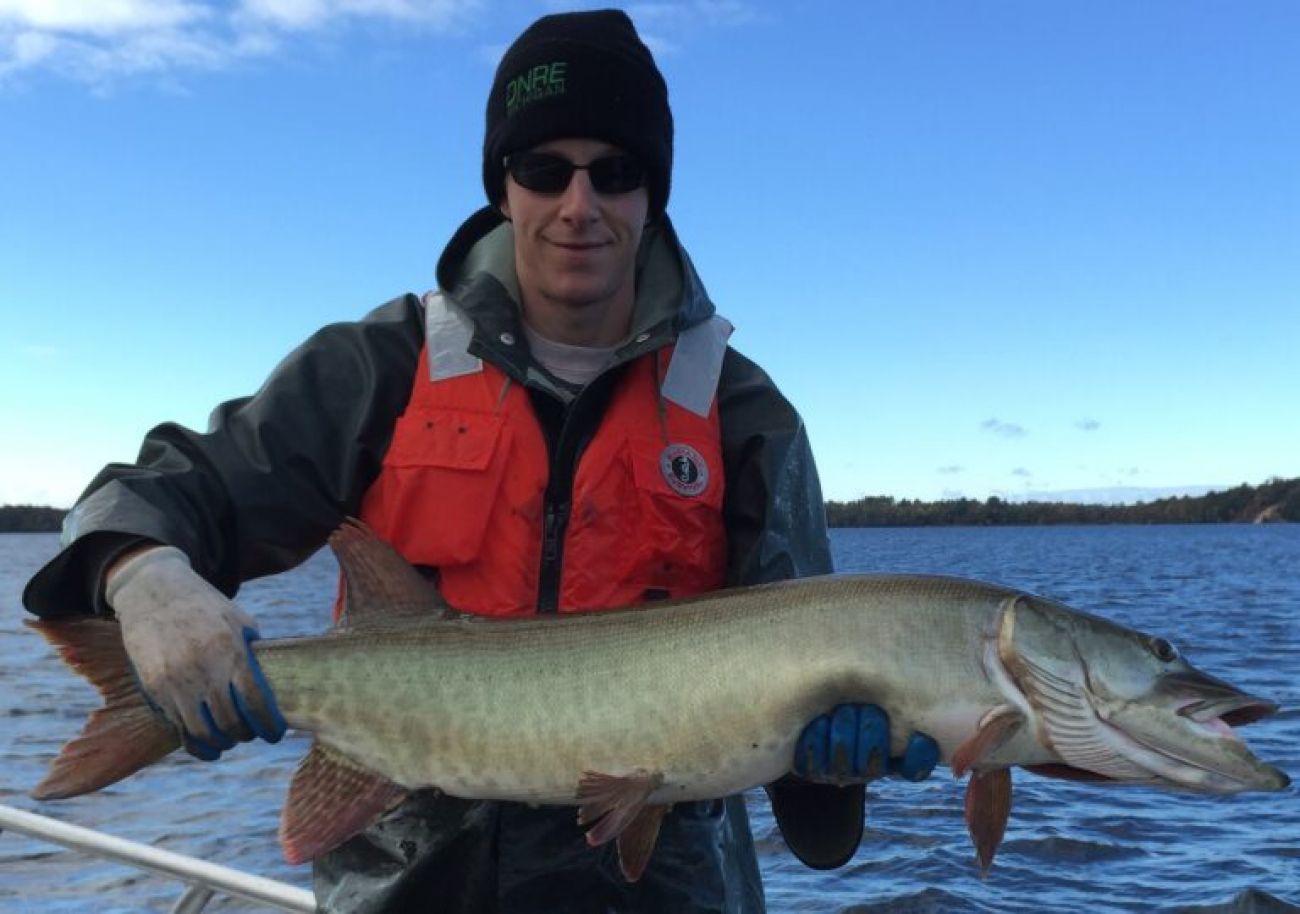 A courtesy photo of Dave Caroffino.

The parties cannot comment on the ongoing process. Dave Caroffino, fisheries biology specialist with Michigan’s Department of Natural Resources and one of the members of the negotiating team confirmed the deadline.  He declined to comment on how ecological changes to the lakes may affect the negotiations.

But they loom large.

Remember the hullabaloo over Y2K – how once the calendar flipped to a new century some people predicted life as we knew it would grind to a halt, perhaps even harkening to a new world order?

That was a bust. But while the new century felt a lot like the end of the previous one for us, for many denizens of the Great Lakes a new world order was indeed being established. Rather than a computer glitch, this one was engineered by quagga mussels, a thumbnail-sized invader from Russian and Ukrainian waters. 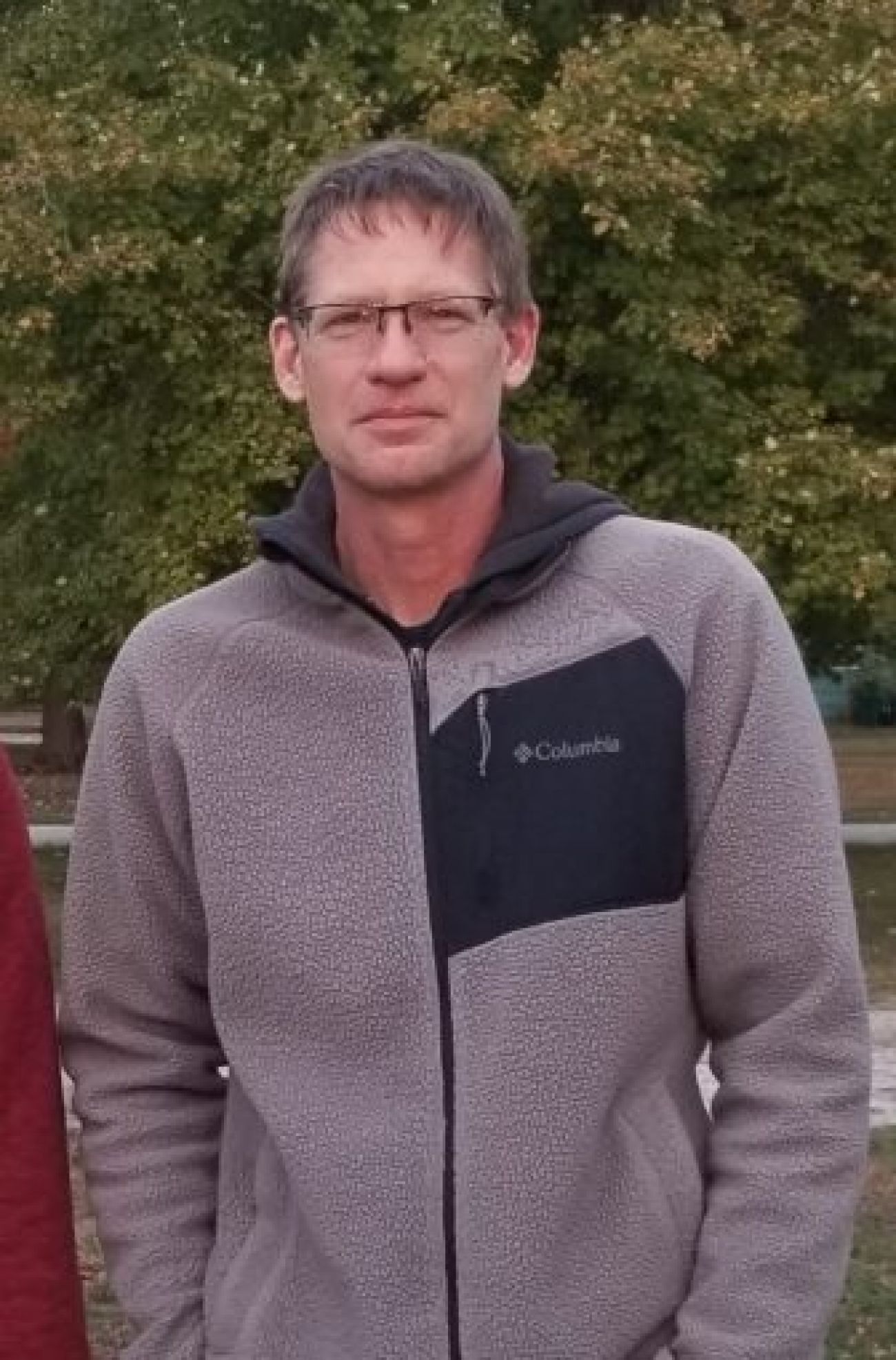 A courtesy photo of Steve Pothoven.

In the early 2000s, Steve Pothoven saw Lake Michigan transformed in four short years, but he wasn’t there to watch it happen.

The fishery biologist with the National Oceanic and Atmospheric Administration’s (NOAA) Great Lakes Environmental Research Laboratory in Muskegon has been working on Lake Michigan since 1998.

His recounting of what happened to the lake 20 years ago is an aquatic twist on the adage about whether a tree falling in the forest makes a sound if nobody is around to hear it.

But in this story, the tree is Lake Michigan’s food web, and the sound, if there was one to hear, would be one of ecological collapse.

NOAA scientists had been monitoring the impact of zebra mussels, another invasive species that arrived before the quaggas, since the late 1980s, Pothoven said. They were largely restricted to shallow water.

In 2003 a change in NOAA budget priorities pulled Pothoven and his colleagues from their long-term monitoring, he said. By 2007 priorities reverted and they had the green light to get back out on the water.

“A lot of the big changes started in 2003 and then we had a couple of years gap where we weren’t funded to be working offshore,” Pothoven said. “So, by 2007 when we got back out to the offshore real intensively, and that’s when it was like, ‘yeah, everything is different.’”

The timing was “just super, right?”

His sarcastic observation is because by then the lake was visibly different, even in the deep offshore waters, reflecting the impact of quagga mussels which had begun displacing their zebra mussel cousins that had largely stayed near to shore. 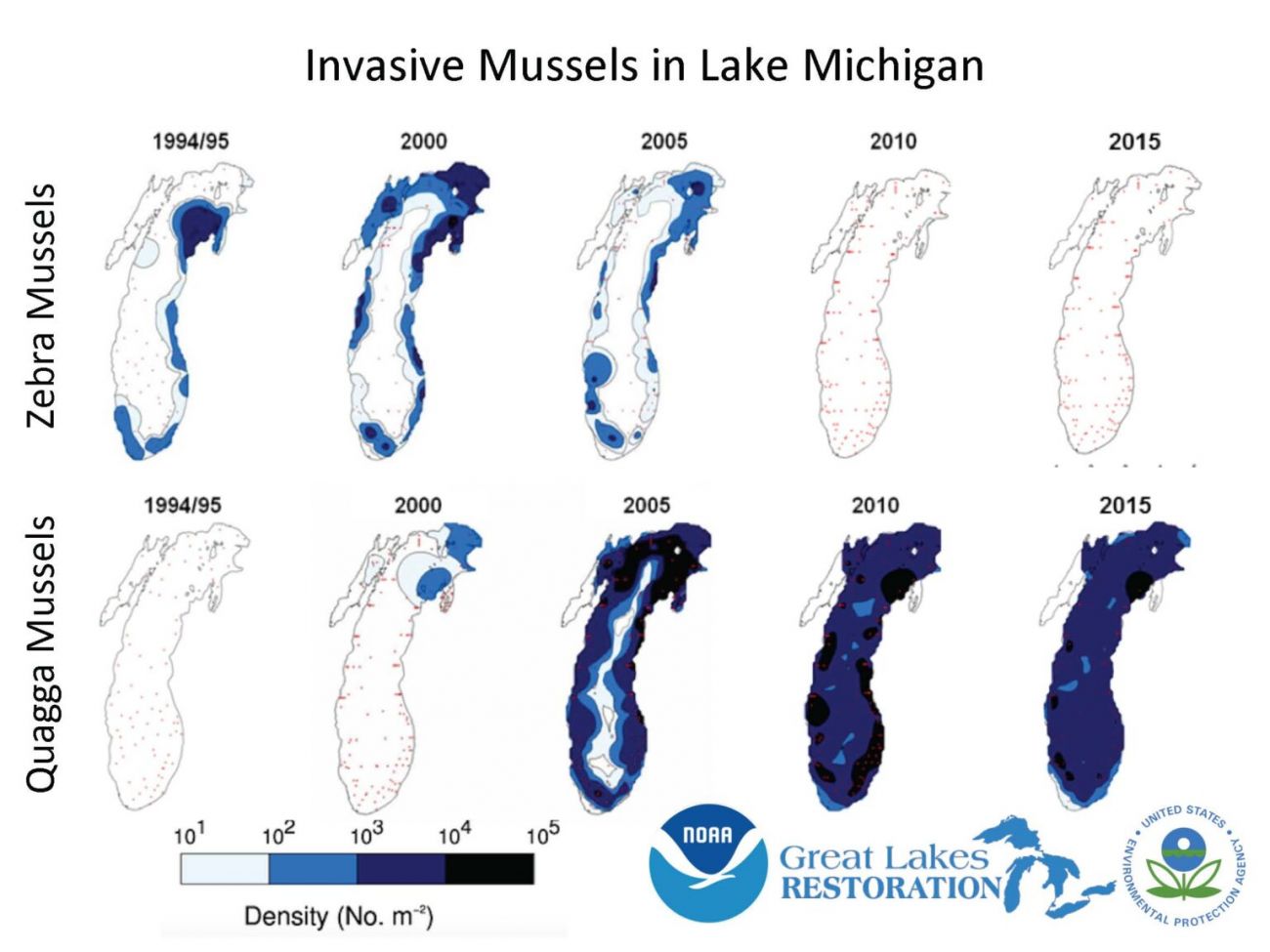 The spread of invasive zebra and quagga mussels in Lake Michigan from 1994-2015. (Image: Ashley Elgin, NOAA)

Quagga mussels quietly invaded the Great Lakes around 1990, arriving as stowaways in ballast water collected in ships plying the Black and Caspian Seas where the mussels are native.  Quagga mussels now claim as their own the deep waters of Lake Michigan, exploding to number in the hundreds of trillions. These invaders dominate the lake bottom, and in many respects dominate the lake itself.

Over the four years Pothoven and his team were not on the lake, the quagga mussels got busy doing what mussels do – filter feeding – literally sucking the life out of the lake.  Night and day, no matter the season, they pulled water through their bodies, extracting oxygen and feeding on myriad forms of microscopic plant life.

Known as phytoplankton, this plant life suspended in the water is the foundation for much of the rest of life in the lake. Aquatic life as diverse as the smallest microscopic animals to the lake trout, lake whitefish and salmon coveted by humans all depend on phytoplankton for their existence. 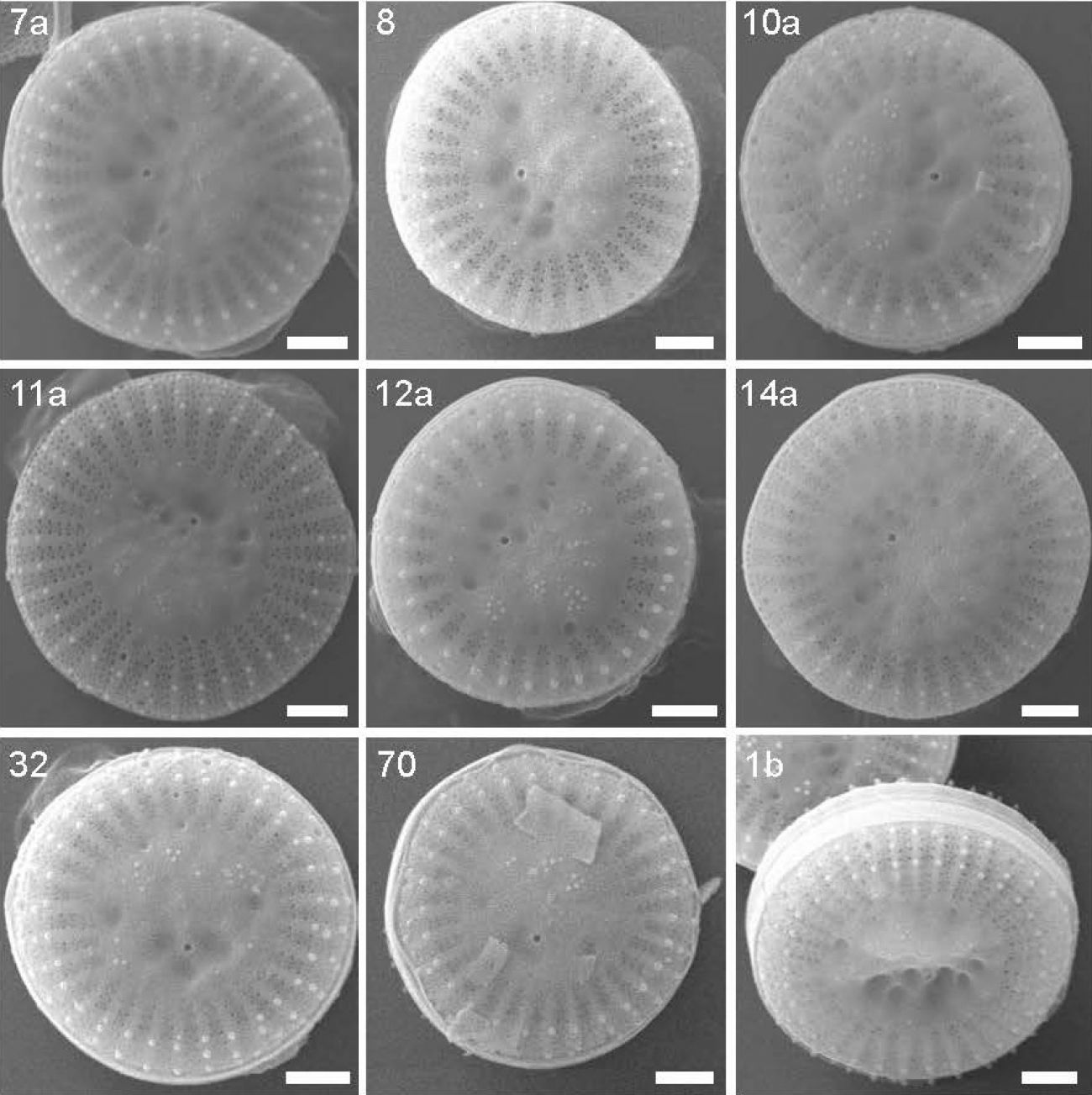 The mussels’ voracious appetite has been dramatic and, in some instances, catastrophic for fish – particularly native lake whitefish – and the people making a living fishing for this iconic species.  When the mussels pull their food from the water, they’re pulling key strands from the base of the food web.  Disrupting it is bad news for species like the native lake whitefish, which are having a hard time adapting to the new lake conditions.

They’re also making the work of policymakers, whose job it is to regulate water quality and fishing in the Great Lakes, much more challenging. There’s big money at stake.

Recreational fishing alone is a multi-billion dollar a year industry for the region. Jay Wesley, the Lake Michigan Basin Coordinator for Michigan’s Department of Natural Resources, pegs the annual economic activity for the entire Great Lakes region tied to recreational fishing at $7 billion, with Michigan’s share “at least four or five billion dollars per year,” he said.

Muskegon, Michigan, home to Pothoven and the NOAA laboratory, is a Lake Michigan  city bordering what are arguably the most disputed waters in the Great Lakes: the 1836 treaty waters. 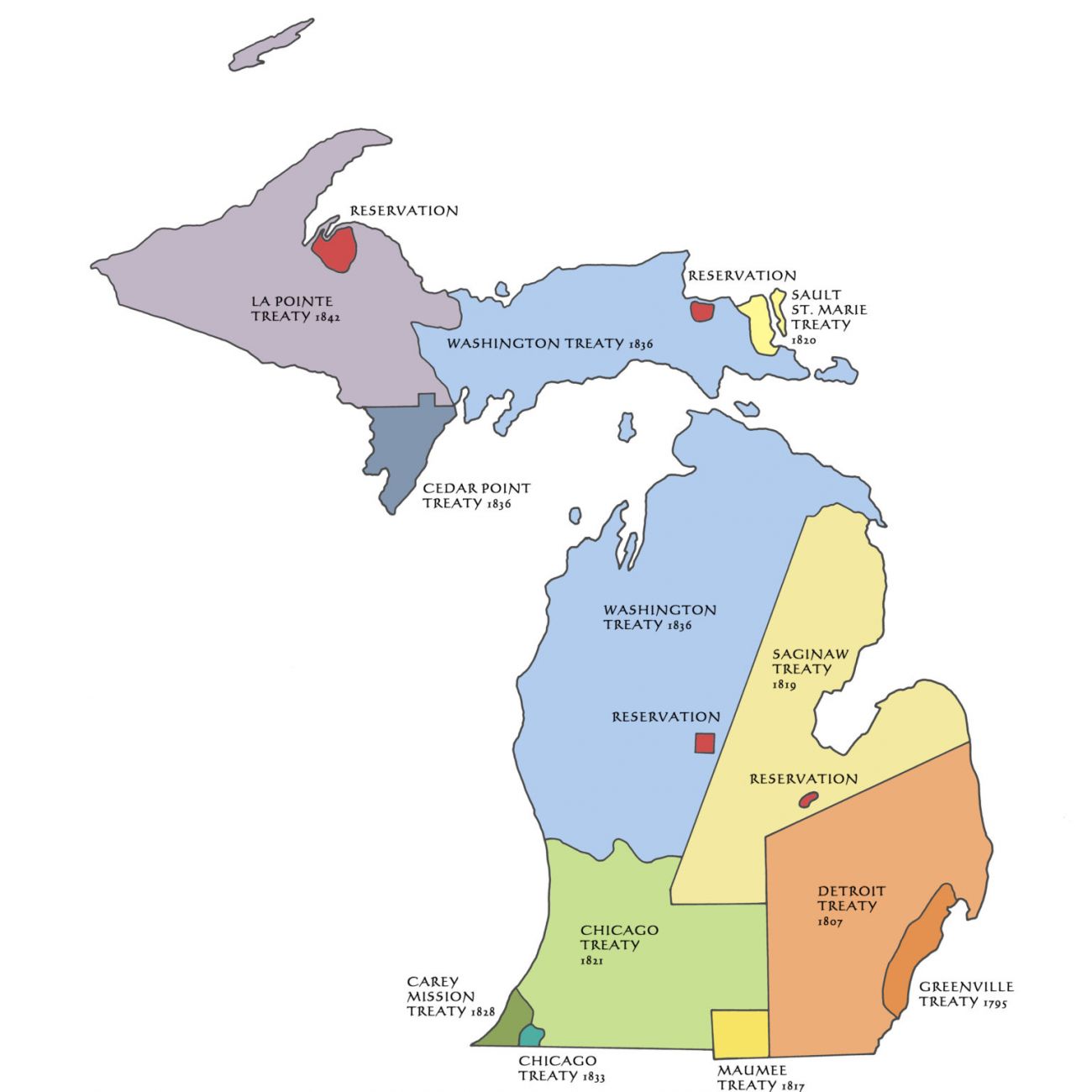 These are the waters covered by the ongoing consent decree negotiations.  The origin of their designation as the 1836 waters began with The Washington Treaty of 1836, signed by the Ottawa and Chippewa Indian nations and Henry Schoolcraft, commissioner of the Michigan territory.

This treaty, the second-to-last treaty signed in a wave of diplomatic activity between non-native and Native Americans that ended their war, forced Indigenous people off most of their ancestral homelands, paving the way for Michigan statehood in 1837.

The impact of quagga mussels on the lakes is fascinating, complex and impactful. It is  one that weaves together history, biology, chemistry and human nature.  What their presence in the lakes means for the future of the Great Lake fishery is an open question.

But it is just the latest in a long litany of unpredicted events coinciding with the migration of people into the region.

Such events have had profound impacts on the lakes and the lives of Native Americans, said Kevin Donner, Great Lakes Fisheries program manager of the Little Traverse Bay Band of Odawa Indians.

“I’m pretty sure in 1836 no one could have envisioned alewife, lamprey, gobies, mussels – Chinook salmon for that matter – being a substantial part of this fishery, he said.”