Big money is pouring into the race between Sen. Gary Peters and Republican John James, who is the target of an ad last week claiming his campaign is partially funded by polluters and questioning his environmental record.

The Senate Majority PAC, which has spent at least $100 million nationwide to elect Democrats, purchased the 30-second ad, “It’s No Surprise.” The spot claims James, a Farmington Hills businessman, is funded by arch-conservatives who pollute Detroit.

Most of the claims in the ad are true, and properly reflect James’ donors. But the ad is on shakier ground with claims the donations mean James doesn’t support the Great Lakes.

The ad first introduces viewers to the Koch brothers, saying  the conservative donors “piled up loads of their waste and put our health at risk.” It claims the Koch brothers joined with the oil and gas industries to give $670,000 to James’ campaign.

“It’s no surprise James said he would have voted against a bill fully funding protections for the Great Lakes. … James was even for eliminating EPA regulations that keep Michigan water safe.”

Charles Koch and his late brother David — known as the “Koch Brothers” — were  controllers of Koch Industries, one of the largest oil manufacturers in the world and heavy donors to conservative causes.

In 2013, a three-story tall, city block wide, pile of petroleum coke — a byproduct of oil refinement — piled up in the Detroit River in southwest Detroit. The pile was owned by Koch Carbon, one of the companies owned by the brothers.

According to the Environmental Protection Agency, inhaling petroleum coke “can affect the heart and lungs and cause serious health effects.”

According to campaign finance documents, James’ campaign this cycle has received:

The claim about James opposing protections for the Great Lakes does not tell the entire story, though.

Related: Election Tracker | Trump on Gov. Whitmer: She wants to be a dictator

In 2018, Congress passed a $1.3 trillion omnibus spending bill, avoiding a government shutdown and covering everything from border security to infrastructure spending. The bill also included $300 million for the Great Lakes Restoration Initiative, a cleanup program.

James, who was campaigning against Stabenow at the time, opposed the bill.

“We can't continue to ignore the debt and this insane process of scrambling at the LAST minute for a vote. Congress must come up with a better process,” he wrote on Twitter.

James never mentioned the Great Lakes Restoration Initiative as part of his opposition to the bill.

“It is completely false to say John James doesn’t support funding for our Great Lakes. For him, $300 million is table-stakes for taking care of our Great Lakes and he would support increased investment,” James spokesperson Abby Walls told Bridge.

James is also a critic of the Waters of the US rule, which subjects the Great Lakes and many streams and rivers statewide to the Clean Waters Act that includes stronger regulations about pollutants and farm runoff.  On his website, James calls the rule “an example of burdensome federal overreach that restricted family farmers’ operations.”

James’ campaign accused Peters of being a “hypocrite” because he once owned $19,000 in stock of French energy company Total S.A., which produces petroleum coke. When he was running for Senate in 2014, he said he wasn’t going to sell the stock because it “has nothing to do with the Detroit situation.” Peters sold all of his shares of the company in April, 2019.

No doubt, John James has received a lot of donations from the oil and gas companies, comprising about 3 percent of the at least $20 million his campaign has raised so far.

It’s fair for political ads to point out those donations and ask whether they are connected to James’ opposition of some regulations that would protect the environment.

It may be a stretch, though, to say it’s “no wonder” James would have voted against funding the Great Lakes Restoration Project, since he didn’t explicitly speak out against it.

But in fairness, he didn’t champion it either. 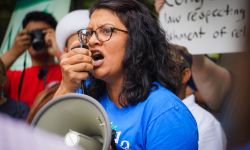 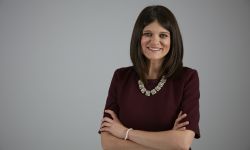