GOP income tax reform would be ‘nail in coffin’ for Michigan cities, some say

Cities such as Detroit and Grand Rapids are among the 24 Michigan municipalities that levy income taxes on those who work — but don’t live in — those cities. (Shutterstock)
June 9, 2021
Jonathan Oosting (Email)
Michigan Government
Detroit

Michigan Government
GOP income tax reform would be ‘nail in coffin’ for Michigan cities, some say

Legislation sponsored by Rep. Pamela Hornberger, R-Chesterfied Township, would prohibit cities including Detroit, Grand Rapids, Flint and other communities from imposing any income tax on people who work in those cities but do not live there.

Non-residents currently pay half the tax rate of local residents — between 0.5 percent and 1.2 percent, depending on the city.

Officials say that’s fair because businesses and employers alike depend on city services, including local roads, trash collection, police and fire. Hornberger contended it amounts to “taxation without representation.”

Local governments arguing the proposal “might bankrupt them” should study how other local governments that do not charge income tax have balanced their books, she argued.

“I fail to understand the argument that people who are employees of a business in the city should be paying that extra tax to provide those services, as if it provides some extra benefit for them,” Hornberger said Wednesday in testimony before the House Tax Policy Committee.

Cities provide a “broad spectrum” of services to employers and employees, justifying tax structures set up decades earlier, said Chris Hackbarth of the Michigan Municipal League, which lobbies for local governments in Lansing.

Combined, the proposal would cost the 24 Michigan cities with an income tax more than $200 million, according to the non-partisan Senate Fiscal Agency.

It’s not immediately clear how much the tax break bill would cost Detroit, which is expecting to collect $233 million in income tax revenue this year from residents and non-residents alike.

But officials in several Michigan cities submitted written testimony detailing the impact the bill would have on local finances.

Ionia, for instance, collected $1.2 million in income tax from non-residents in 2020, nearly $1 out of every $5 that flowed into the city's general fund, according to Mayor Daniel Balice, who said he was "alarmed" by the proposal.

The city, which is between Lansing and Grand Rapids, is home to large employers, including four state prison facilities and the county government, that employ both residents and non-residents of Ionia, Balice said.

"The city's ability to level income tax at current levels is paramount to funding essential services used by residents and commuters alike," he told lawmakers.

In Saginaw, about $7.2 million of income tax is collected from non-residents, which is about half of the city's total income tax collection, City Manager Timothy Morales told lawmakers.

Losing that income would "devastate" city revenues and "likely lead to drastic cuts in services to residents, non-residents and businesses alike in public safety, infrastructure, parks and other vital services," he said.

In Springfield, a city of fewer than 6,000 residents in Calhoun County, non-residents pay nearly $400,000 in annual income taxes, about 40 percent of the total collection, said Manager Vester Davis Jr.

"If the bill becomes law, it will be one more nail in the coffin for local governments in Michigan," Davis said.

Remote work is here to stay

Hornberger has introduced similar legislation in past sessions but said Wednesday that her proposal is especially timely this year because COVID-19 inspired a new wave of remote work that may continue well after the pandemic.

The Macomb County Republican mistakenly claimed that non-residents must pay a local income tax even if they work from home and never step foot in the city where their company is located.

In reality, current law already allows Michiganders to seek a refund for any income taxes deducted from their paycheck during remote work.

“The individuals who are non-residents are only taxed for the days that they actually work in the city,” said Hackbarth of the Michigan Municipal League.

“They can request refunds of any withholdings that were done based upon days that they did not work in the city.”

Detroit, for instance, lost $23.5 million because of remote work tax refunds last year, and it is projected to lose $84.9 million in 2021, according to city budget documents. With remote work likely here to stay, Detroit officials project long-term annual losses of roughly $15 million.

Gov. Gretchen Whitmer, a Democrat, in February proposed sending an extra $70 million in state funding to cities that depend on income tax revenue that plummeted during the pandemic, including $25 million for Detroit.

The GOP-led Legislature has not approved that funding, but leaders are currently negotiating future spending bills with the Whitmer administration.

House Tax Chair Matt Hall, R-Battle Creek, did not hold a vote on Hornberger’s bill Wednesday but called the hearing the start of “an important conversation” about municipal financing as remote work continues beyond the pandemic.

“Local cities are losing out on their income tax,” he acknowledged.

Democratic state Rep. Jim Ellison, the former mayor of Royal Oak, said he is “not a big fan” of local income taxes but argued the Legislature should focus on replacement revenues if it moves to reign in the local option.

“We should be able to figure out a way for the state of Michigan to fund our local governments, so that we don't have to keep picking people's pockets to get the job done,” he said.

But Hornberger is not the only Republican championing the bill in the House.

“We talked about ‘no taxation without representation’ when the colonists went to war with the British,” said state Rep. Steven Johnson, R-Wayland.

“Because of that, America exists today, because of a hatred of being taxed with no say in it. This is a great piece of legislation. Thomas Jefferson would be proud.” 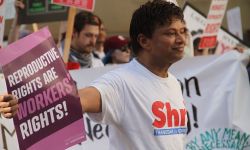 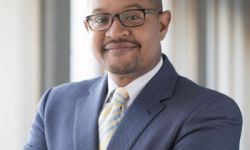