In July 2020, Lansing police were told they could no longer pull over motorists solely for minor traffic violations, such as a cracked tail light or an ornament hanging from a mirror.

The department, apparently the only one in Michigan to do so, joined police agencies in other parts of the country, including Los Angeles, Philadelphia, Seattle and the State of Virginia that recently took similar steps, as departments rethink the value of having police conduct low-level traffic stops — especially when they end in tragedy. The policies were influenced by cases in which Black motorists were shot following vehicle stops, and as analyses of traffic data show Black motorists are far more likely to be pulled over and searched than white drivers.

“You never want a routine traffic pullover to result in a death, whether through escalation of the situation or violent interactions,” Lansing Mayor Andy Schor told Bridge Michigan of that city’s change in police policy.

The April 4 death in Grand Rapids of Congolese immigrant Patrick Lyoya — who was killed after being pulled over by a police officer over a license plate issue — has brought renewed attention to the debate over what kind of infractions require police interaction with drivers, and how they should be handled.

The Lyoya stop, like so many others, began routinely. “The plate doesn’t belong on the car,” the unnamed officer tells Lyoya as the men stand outside Lyoya’s vehicle, according to videos of the incident made public last week.

Seconds later, Lyoya breaks away from the officer. The officer gives chase, tackles Lyoya, and after a two-minute struggle with the officer’s Taser, the officer shoots Lyoya in the back of the head with his firearm while straddling Lloya on a residential lawn. Police confirmed the only weapons on scene were the officer’s gun and Taser.

The fatality is under investigation by the Michigan State Police, which is expected to forward its findings to the Kent County’s prosecutor’s office to consider possible charges. The officer — who the department has so far declined to name — is on paid leave.

Blacks more likely to be stopped

Traffic stops are among the most common ways in which the public interacts with police officers. Sometimes, though, a mundane stop can turn ugly fast.

A 2021 New York Times investigation found that, in the previous five years, police officers at traffic stops killed more than 400 motorists who had no gun or knife and were not under pursuit for a violent crime. More than three-quarters of the unarmed motorists were, like Lyoya, killed while attempting to flee.

In a high-profile case from February last year, deputies in Clark County, Washington pulled over a Mercedes with a broken tail light driven by a Black motorist. The driver, a mechanic, had tools strewn across the passenger seat, which deputies later said raised concern. To force a resistant Jenoah Donald out of the vehicle, Deputy Dean Boyle leaned into the car and punched him in the nose while another deputy grabbed him below the jaw.

Donald started the car, while clutching Boyle’s vest, and Boyle, who said he feared for his life, shot and killed him. He was cleared after prosecutors concluded he had acted in good faith.

The Times investigation found traffic stops can be risky for cops as well: roughly 60 officers were killed following vehicle stops over the five years studied.

Those findings come amid broad evidence that Black motorists are more likely to be subject to so-called “pretextual” traffic stops — where officers pull over vehicles for minor infractions,  fishing for evidence of more serious crime, such as illegal drug or gun possession.

Grand Rapids has known of such disparities for years, including in its own police department. In 2017, the city released a study showing that Black drivers were twice as likely to be pulled over by Grand Rapids Police as white drivers and more likely to be searched than non-Black drivers. The study was part of an effort to reduce bias in the department.

“There is certainly a need to re-evaluate pulling people over for very minor problems, especially when they are impacting one race and these pre-text stops where people have died,” Anderson told Bridge.

Such efforts have met significant pushback in the law enforcement community, with critics arguing that seemingly minor stops are sometimes necessary as a crime-fighting tool.

Robert Stevenson, executive director of the Michigan Association of Chiefs of Police, told Bridge he’s unaware of any Michigan police department outside of Lansing that has enacted a similar policy. He said many chiefs adamantly oppose such an approach because it goes against the very purpose of law enforcement’s core mission: to keep the public safe.

“The laws were made for a reason,” Stevenson said, naming several violations that could be characterized as minor or routine, including the apparent reason for stopping Lyoya’s vehicle.

The revamped Lansing police guidelines instruct patrol officers to refrain from traffic stops for so-called “secondary” violations that include defective vehicle equipment such as a cracked windshield, loud exhaust, or darkened windows.

“We would prefer to focus our resources on crime and moving violations, and pulling someone over for a broken taillight is not something we are interested in,” Schor said.

Ironically, it’s unlikely the Lansing traffic stop policy would have spared Lyoya had it been in place in Grand Rapids.

Lyoya was pulled over for mismatched plates. Lansing’s policy specifically names “expired plates” as among the primary traffic offenses that officers are still expected to enforce.

“There is nothing in our policy that prohibits a traffic stop where the plate doesn’t match the registration,” Scott Bean, a Lansing city spokesperson, confirmed to Bridge on Tuesday.

New, more automated police technologies may also complicate future discussions about whether racial bias, implicit or otherwise, plays a role in who gets stopped.

It’s possible, for instance, that problems with Lyoya’s license plate were flagged by a camera on the officer’s squad car, which automatically scanned the plate on passing vehicles, a system the department has used in some of its police vehicles since 2013.

Bean said Lansing patrol cars have no such system.

Stevenson, of the police chief association, contends that backing off enforcement of traffic laws will only lead to more crime.

“There will be consequences over not enforcing the law, and there  will be negative consequences. The vast majority of citizens in this country want the law to be followed.”

“If communities don’t want to enforce laws, they should approach the Legislature and ask them to change the laws,” Saxton said.

“We should remember that (Oklahoma City bomber) Timothy McVeigh was arrested at a traffic stop,” Saxton said, referring to the 1995 apprehension of McVeigh by a state trooper for driving a car with no license plate. McVeigh was executed in 2001 after he was found guilty of multiple counts of murder in the bombing of a federal building that killed 168 people.

Police unions elsewhere are pushing back on limiting traffic enforcement.

In Los Angeles, the police union warned that a policy approved March 1 that restricts police enforcement of minor traffic violations would endanger the public. Philadelphia’s police union filed a lawsuit in February over a law that bans officers from pulling over vehicles for certain low-level traffic violations.

“This is stupidity at its best,” Philadelphia police union president John McNesby said at the time of the new policy. “You don’t want an unsafe city. This is gonna condone this behavior.”

But in Washtenaw County, Eli Savit, a self-described progressive prosecutor, said the consequences of apparent racial bias in traffic stops is too powerful to ignore. He noted Michigan State Police data showing that Black motorists account for “upwards of 25 percent of traffic stops” in his county, while “Black people…make up just 12 percent” of its population.

Savit issued a directive in 2021 stating his office would no longer file criminal charges for contraband possession that resulted from a traffic stop where the officer had no independent legal justification to search a vehicle, even if consent were given.

“Pretext stops are thus inextricably intertwined with racial profiling. And that leads to racial inequity in our broader criminal justice system,” the directive states.

Savit noted the policy does not apply to cases where officers conduct a valid and legal stop to investigate violent or inherently dangerous crimes such as homicide, sexual assault or driving under the influence.

The goal, he said, is creating a more equitable justice system, as well as breaking down the fear Black and other minority residents may feel if they see a flashing light in their rearview mirror.

“Look, when I am pulled over for a traffic violation, I’m a white guy, and I feel pretty confident I am going to get a warning or a ticket and be on my way,” Savit told Bridge. “A lot of people in the community don’t have that same level of assurance.

“This is about building trust.” 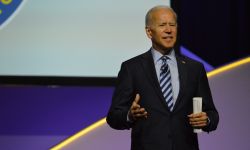