Secretary of State Jocelyn Benson is facing complaints and pressure from lawmakers to move away from an appointment system for branch services. Benson contends drivers are happy with the system and cut waits. (Bridge file photo)
June 10, 2021
Jonathan Oosting
Michigan Government
Michigan Secretary of State

July 7: At Michigan SOS, walk-up service does not mean you can walk in
July 1: GOP, Democrats agree: Return walk-ins at Michigan Secretary of State’s branches

LANSING — The Michigan Senate on Thursday approved legislation that would extend driver license expiration dates and waive fees, in an effort to pressure Secretary of State Jocelyn Benson to abandon an appointment-only system for branch services.

Republicans who control the Michigan Legislature have criticized Benson for the new policy, which she adopted during the COVID-19 pandemic but made permanent to end what she has called a  "broken, take-a-number system."=

Appointments have been hard to come by in some parts of the state, which Benson has attributed to a backlog of transactions motorists delayed during the pandemic.

But Benson “created this issue and she needs to fix it,” said Sen. Ruth Johnson, R-Holly, a former Secretary of State who has feuded with her Democratic successor.

“The decision to end same-day services and go to an appointment-only system does not work when people still can’t get an appointment for months in many areas,” Johnson said in a statement.

The legislation, approved with some Democratic support, would extend the validity of expired vehicle registrations and photo IDs through the end of September. For new purchases, a signed title or lease agreement could function as a valid vehicle registration until that date.

The three-bill package would waive late fees for driver licenses, registrations and commercial look-up services that help fund Secretary of State operations unless or until Benson all branch offices are open at least eight hours a day for in-person service without appointment.

Those fees and fines generate more than $5 million a month in revenue for the Secretary of State office, according to the non-partisan Senate Fiscal Agency.

Benson would also be required to submit a report to GOP legislative leaders detailing plans to reopen all branches to the public without appointment, including how her agency will prioritize customers who were unable to renew "essential" documents during the pandemic.

With complaints mounting, Benson on Tuesday announced she is increasing daily appointments by 25 percent through September. Branches will add 350,000 slots across the state by shortening what are now 20-minute slots to 10 minutes, she said.

In a Thursday statement, Benson said she “will continue to do what is best for our staff and all Michiganders, no matter the Legislature’s ill-informed attempts at overreach.”

She reiterated her call for lawmakers to increase funding to help her office tackle the backlog.

“Frankly, it’s astounding that any senator would force their own constituents backward into a system that already proved a failure,” Benson said.

“In 2018, walk-in service and appointments were both offered 40 hours per week, but average office wait times had tripled and countless residents had no choice but to take time off work and pay for child care to wait in line for hours if not entire days.”

While appointments can be difficult to book in advance, the Secretary of State does open up a batch of same-day and next-day appointments at 8 a.m. and noon each weekday.

Those can be booked online, and beginning this week, Benson also mandated that each branch office have a staff member available to help walk-in customers schedule an appointment. If there is availability, they could be served right away.

There were no same-day or next-day appointments available in Traverse City or Canton Township, where the next available slots were in late July.

Single same-day appointments were available in Escanaba in the Upper Peninsula, Caro in the Thumb and Benton Harbor in southwest Michigan.

“While it was good to see the secretary of state finally listening to Michigan families, adding more appointment slots for branch offices, and prioritizing services for people with disabilities — it’s not enough,” said Johnson, the Republican former secretary of state.

But Benson’s new policy requiring greeters at each branch location to assist with appointment booking means she may already be meeting the in-person mandate proposed by the GOP legislation, said Sen. Jeff Irwin, an Ann Arbor Democrat who voted for the bills.

"The effect of this legislation is going to be, you know, zero with respect to that element," Irwin said. "In terms of requiring the secretary of state to not charge late fees for people who are submitting their paperwork late because of everything we've gone over the last year, I think that's great."

The legislation that would waive fees until Benson ends the appointment-only system passed the Senate in a series of 25-10 votes.

The bill to extend the validity of driver licenses and IDs advanced in a 32-3 vote. The package now heads to the House for consideration.

Benson last week urged the Legislature to appropriate $25 million in federal stimulus funds to increase staffing to handle an additional 500,000 appointments through the end of September.

In voting for the legislation that would waive fines and late fees, Irwin criticized a recent Republican budget bill that proposed to cut annual funding for the Secretary of State’s office, which he argued would only exacerbate service delays Republicans are now complaining about.

If lawmakers are going to demand “better service, we should also probably provide the resources that make that possible,” Irwin said. 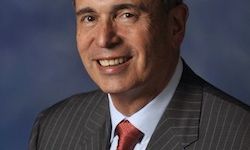