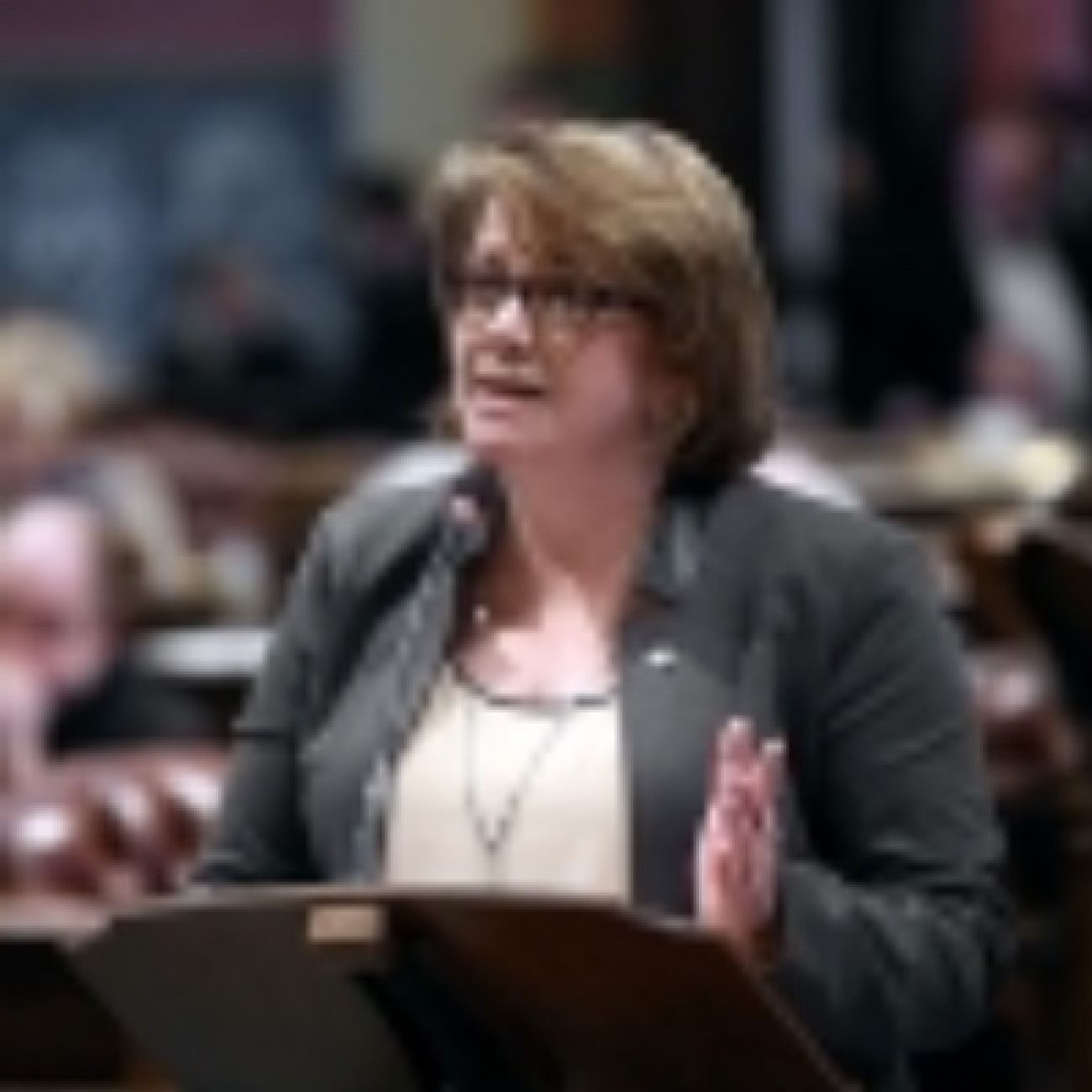 Republicans have said the proposal is a non-starter, so “I think we have to have these other options,” the Farmington Hills representative said.

Among them: taxing heavy trucks so they pay an extra cent per mile driven, which she estimated would raise an additional $400 million for roads or closing “corporate tax loopholes” to raise up to $500 million. Those proposals, plus a smaller gas tax increase, could close the gap for necessary road repair funding, she said.

“We have a pathway to lower the 45 cents,” Greig said. “But the important thing is we have to raise $2.5 billion in new revenue to fix the roads.”

She didn’t say whether Democrats would vote for a 45-cent gas tax if legislation was introduced; ”we have a lot of different philosophies in this caucus.”

“House Democrats have continually put forth other ideas that are more fair share budget that everyone is coming to the table and putting some skin in the game,” she said. “We have to come to the table in an honest, transparent way and really make these hard decisions of how can everyone contribute to the success of the state.”

“The people of Michigan have rejected it since its announcement, and now with her own party leaving it dead on the side of the road, it’s time for Governor Whitmer to get real and walk back to the negotiating table,” Cox said in her statement.

If Whitmer’s proposal was made into law, it would nearly triple Michigan’s current gas tax and give the state the highest gas taxes in the nation. Whitmer has said that’s the best way to ensure the state raises enough revenue to fix long-term underfunding in state infrastructure.

But Republican leaders in the House and Senate have said the hefty tax hike is not the way to do it. But it’s unclear what the other options are: Whitmer told reporters Wednesday that Republicans have failed to offer a “viable” solution for roads funding and GOP leaders said later that day that they’ve offered multiple proposals that the governor has struck down. Neither Whitmer nor Senate Majority Leader Mike Shirkey and Speaker of the House Lee Chatfield shared their proposals.

Shirkey told reporters Wednesday that the governor should reconsider a West Michigan Policy Forum solution of issuing a 30-year, $10 billion bond to fund the teacher pension system, which would free up as much as $900 million annually to replace lost sales tax revenue for schools and cities under a House proposal to eliminate the state’s 6 percent sales tax on gasoline.

Whitmer said she wouldn’t consider those because they are “fiscally bad ideas and taking money out of education to fill potholes is not a real solution.”

Both Chatfield and Shirkey made clear Wednesday that they plan to move forward on the budget in the meantime separately from a roads deal. If a budget agreement isn’t reached by the end of September, the state government will shut down for the first time in a decade.

So, how much would a 45-cent gas tax have cost you? Use our tool below