The decision came after months of contentious legal proceedings which kept the proposal, by the group Voters Not Politicians, in limbo. The opposition group, Citizens Protecting Michigan’s Constitution,  unsuccessfully argued that the measure was too broad to legally go before voters. Instead, that group argued it would require a constitutional convention in order to make the changes.

Here’s what those involved in the redistricting fight, legal experts and others had to say about Tuesday night’s Supreme Court decision. 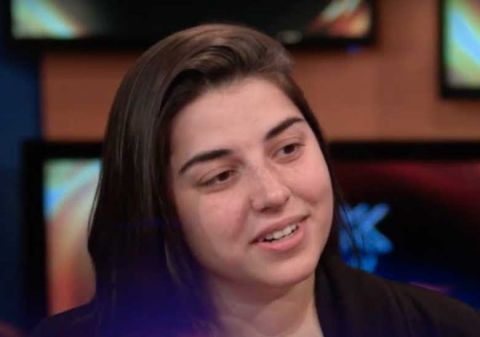 Director Katie Fahey: “Our state Constitution begins with, ‘All political power is inherent in the people.’ The court’s decision upholds our right as citizens to petition our government for positive change. Hundreds of thousands of voters signed their name to have the chance to vote to bring the redistricting process out in the open. Michigan voters are ready for a transparent redistricting process, where election district lines represent the people - not special interests. It’s time voters choose their politicians, not the other way around. Our volunteers, donors and partners are ecstatic that our proposal will be on the ballot Nov. 6.”

Spokesman Dave Doyle: “We’re disappointed with the decision, we think the court got it wrong. But we respect their decision and this was the right place to have the decision made, in the Court.”

President and CEO Rich Studley: "The Michigan Chamber is very disappointed with the State Supreme Court decision that the redistricting ballot proposal met the legal requirements to appear on the November General Election ballot. Unfortunately, Michiganders are now left to wonder what the rules are for future petition drives and ballot proposals.”

Chamber General Counsel Jim Holcomb: “We accept the Court’s decision and the Michigan Chamber will take no further legal action regarding this ballot proposal."

In a dissenting opinion: "The 'people' would find 'fundamentally redefining' a restructuring of their Constitution that deprived them and their chosen representatives of any role in the foundational process of our system of self-government-- the process by which election districts are established, citizens are joined together or separated by political boundaries, and the building blocks of our governing institutions are determined. Inserted in place is the governance of 13 randomly selected 'people' entirely lacking in any democratic or electoral relationship with the other 10 million 'people' of this state or their elected representatives."

Michael Li, Senior Counsel at the Brennan Center for Justice: “If you read the opinion it’s very clear that the argument (against VNP) was pretty frivolous. But they go to great lengths to show why it’s frivolous and why this ballot initiative is wholly consistent with the long tradition of ballot initiatives in Michigan....

Eric Lupher, president of the Citizens Research Council of Michigan: “Given our reading of the constitution and our understanding of past cases in this area I’m not surprised that they affirmed the Court of Appeals and found that this qualifies as an amendment and not a revision.

“(I’m not surprised) for the reason that they list at the outset — (the proposal) solitary in its purpose, singular in its purpose. And while it is long, that length all pertains to the single subject of creating a commission to carry out this task. The comparison is from one constitutional provision to another proposed provision, and the ad hoc system that was created because of the unconstitutional nature of the 1963 Constitution is external to this consideration.”

Shri Thanedar, Democratic candidate for governor (via Twitter): "Despite the Republicans and Bill Schuette's attempted sabotage, Michiganders will have the chance to take back ahold of our democracy in November and end the partisan stranglehold on redistricting."

U.S. Rep. Brenda Lawrence, D-Southfield (14th Congressional District) (via Twitter): “Big news! As the Congresswoman from one of the most gerrymandered districts in the nation, I’m pleased the people of Michigan will finally have a say.”

Senate Minority Leader Jim Ananich, D-Flint:  "This is a big win for voters in Michigan. No one feels the repercussions of gerrymandering more than those of us in the Senate – we are one of the most sliced and diced legislative bodies in this country and constituents across the state suffer because of it. Now voters get to decide to put an end to Republicans fixing the game.”

House Minority Leader Rep. Sam Singh, D-East Lansing (via Twitter): “I’ll say that I’m surprised. I thought the unethical pressure from certain groups in town was going to tank this. In the end the voters will decide not the special interests.”

State Rep. Tim Greimel, D-Auburn Hills, and a candidate for the U.S. House in Michigan’s 11th Congressional District (via Twitter): “Congratulations, voters! Special interests tried to sue you away, but you beat them. Now we can end gerrymandering with our votes. We’re one step closer to fair representation!”

Michigan Senate Democratic Caucus (via Twitter): “Elections should be fair, & lawmakers should reflect the views & values of the people they represent. Working families are sick of their voices getting drowned out by #gerrymandering, & tonight’s @MISupremeCourt ruling lets Michiganders decide for themselves this November! #mileg”

GOP political consultant John Yob (via Twitter): “Congratulations to Michigan voters and the Michigan Supreme Court for not bowing to pressure from the big business lobbyists at the Michigan Chamber of Commerce.”

“I oppose any #MIGOP redistricting effort that includes the involvement of Michigan Chamber of Commerce political operatives. Their involvement risks any fair analysis.”

Mark Brewer, attorney and former chairman of the Michigan Democratic Party (via Twitter): “Next big fight: ballot summary which can make or break a proposal.”

“What will be the political fallout for @migop Justice Clement who abandons @migop, ⁦@michamber⁩, ⁦@DickDeVos⁩, ⁦⁦@SchuetteOnDuty⁩ et al in this case and who faces voters in the fall? Should be an interesting @migop state convention”

Arnold Schwarzenegger, actor and former California governor (via Twitter): "I want to congratulate the people of Michigan for the great choice of the great vote of the Supreme Court to let the people move forward with the initiative and to have redistricting happening in Michigan. Because it's the voters versus the politicians. That's what this is all about. You've got to go vote for the voters, not the politicians."

Former U.S. Attorney General Eric Holder (via Twitter): "Michigan Supreme Court: voters will get a chance to end partisan gerrymandering and vote for fair maps. This is a big win. Citizens will choose their representatives, politicians will not pick their voters - if the ballot measure is passed." 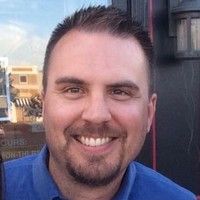 Tony Daunt, executive director of the Michigan Freedom Fund, a free-market advocacy group with ties to the DeVos family (in an email statement): “Today we’ve witnessed the rule of bullying, not the rule of law. In the face of threats, bullying and intimidation, the Justices of the state Supreme Court bowed to political pressure instead of protecting Michigan’s Constitution. They have abdicated their responsibility to the rule of law.”

Josh Silver, director of Represent.Us, a Massachusetts-based group advocating for national elections reform that bought an ad campaign targeting the Michigan Chamber of Commerce for its support of Citizens Protecting Michigan’s Constitution (in an email statement): “This court case exposed the true role of the Michigan Chamber of Commerce: a front group for big corporations that prefer a rigged political system that works for them, no matter how much it hurts everyday people. … The Chamber of Commerce is lying about their position. They actively support establishment politicians carving up congressional districts in order to protect incumbents and prevent competition. Fortunately, the public interest prevailed today, but we must not ignore that the Chamber and their allies will continue to undermine the will of the people.”

Kathay Feng, national redistricting director for Common Cause, a government reform advocacy group (in an email statement): “We are thrilled that the Michigan Supreme Court has respected the will of the 425,000 Michiganders who signed a petition to place the Voters Not Politicians initiative on the ballot. This all-volunteer effort started so citizens could end a corrupt system in which self-interested politicians manipulate districts for political advantage behind closed doors. Now Michigan voters will have the opportunity to make their voices heard.”