Menica Harper needed help. What she got was a bureaucracy that seemed designed to prevent her from getting any.

The Detroit home health care aide had already endured a lifetime of woe –  sexual assault, mental health issues and chronic neck injuries –  when her home burned in 2016. After moving around for a year, Harper became homeless last fall and applied to the state for emergency aid.

First step: Filling out the longest public assistance application in the nation. Known as Form 1171 of the Michigan Department of Health and Human Services, it was a doozy: 42 pages, 18,409 words, and 1,204 questions.

“It was hell,” said Harper, 48. “It took me more than two hours to fill out, and I still got it wrong and left stuff out. The whole system is messed up.” 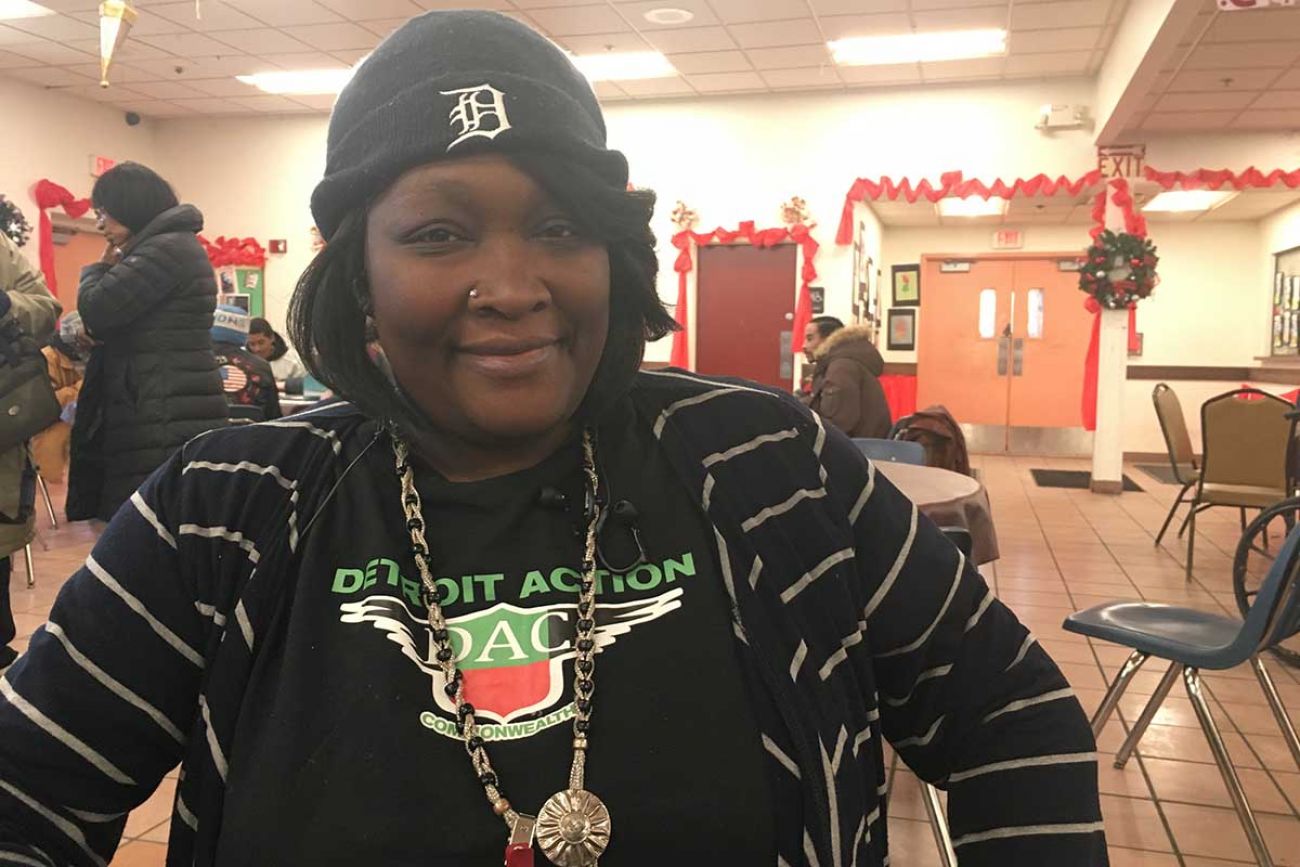 State officials don’t disagree. The form is required for services from Medicaid and food aid to childcare and emergency cash that are used by more than 2 million Michigan residents. Over the years, the application has gained notoriety as a testament to bureaucracy run amok, so overwhelming that it frustrated both case workers and recipients.

So officials did something not always associated with government: They went to work to make things better.

MORE COVERAGE: Poor in Michigan with no ID. “I am somebody. I just can’t prove it.”

The state partnered with a Detroit design firm, Civilla, to rework the form and test it in a few state offices. The process took more than two years and culminated last week with the debut of a user-friendly, 18-page application at MDHHS offices statewide.

Yes, it is just a form. But to hear participants of its redesign tell it, it’s about much more. They say changing the form will increase efficiency and free the state’s 4,000 MDHHS case workers from hours of tracking down information on incomplete forms so they can focus on helping residents escape poverty. 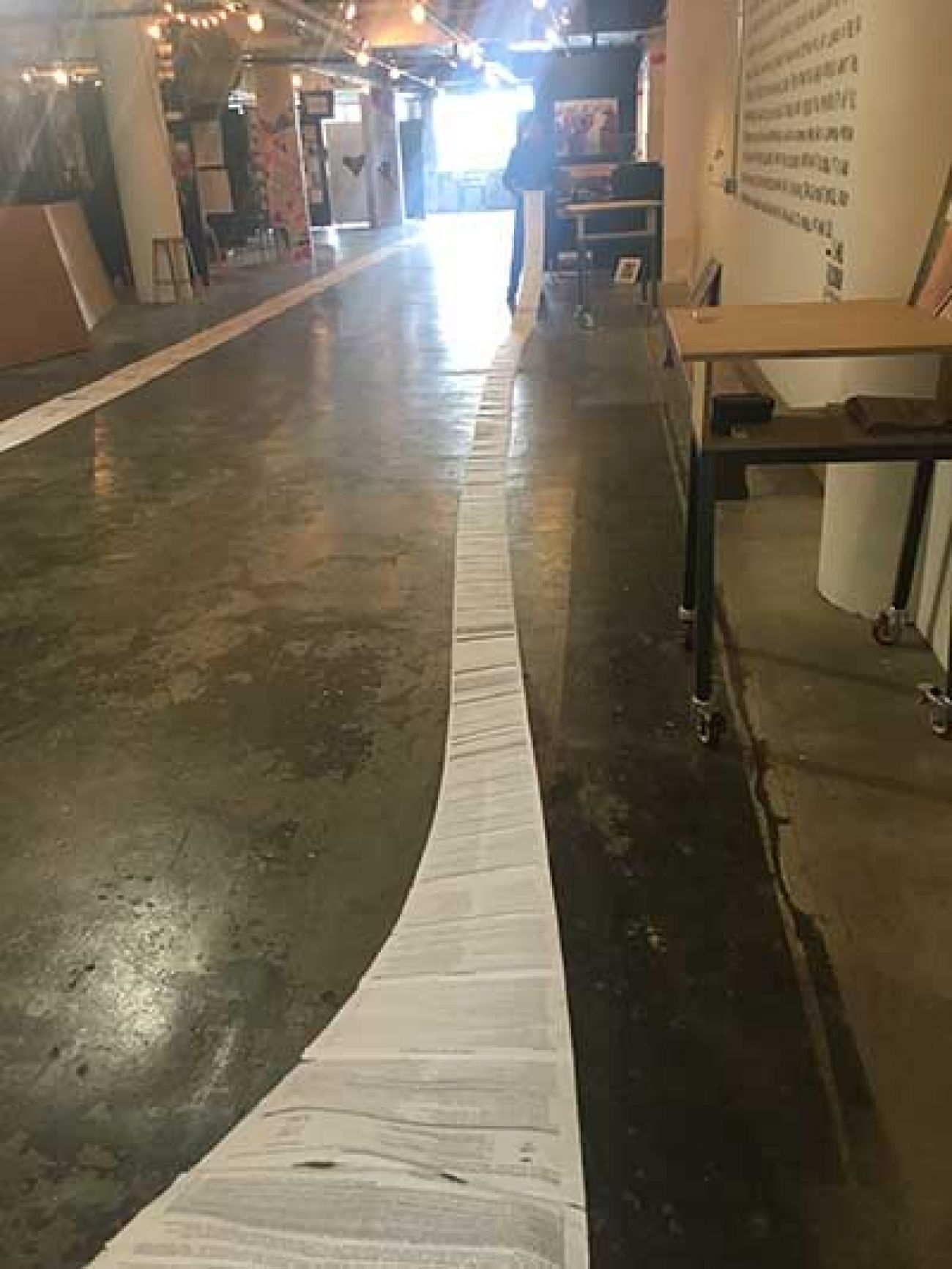 “Nobody wakes up in the morning and decides they want to make life harder for people who need help,” said Michael Brennan, CEO of Civilla.

“They’re managing a high-risk population with a lot of needs and circumstances, and they are (doing so) with a system that didn’t work for anyone.”

Brennan estimates one-third of the state’s residents will fill out the form at some point in their lives. Some 1.8 million residents are on Medicaid, while 1.3 million million receive food assistance known as the Supplemental Nutrition Assistance Program or SNAP. (Many receive multiple benefits.)

“Over time, as legislation and federal regulations changed, the form just grew and grew,” said Terry Beurer, deputy director for field operations administration for the MDHHS.

“Things kept getting added, but nothing was removed. Over the years, we tried to downsize it, but there were always other priorities or limited resources.”

But taming bureaucracy, to no one’s surprise, was no simple task.

Nearly $1 billion in federal money allotted for assistance programs are unspent in Michigan. Brennan suspects the form was a reason way.

The former CEO of the United Way of Southeastern Michigan, Brennan said he’s has spent his career trying to untangle systems that complicate poverty. He introduced the nonprofit’s 211 hotline in Metro Detroit, for instance, that helps some 400,000 callers per year navigate social services that help those who are hungry, homeless or jobless.

Here’s a look at how many people receive help from five public assistance programs administered by the Michigan Department of Health and Human Services.

MORE COVERAGE: Demand for Michigan workers is very high, but many have given up looking

Brennan became convinced that Form 1171 was emblematic of everything wrong with the safety net. A few years ago, he taped the pages of the form together, rolled it into a nearly 40-foot-long scroll and used it as a prop for speeches.

When he stepped down from United Way in 2015, he decided to do something about it. His solution: Something called “human-centered design,” which focuses on the needs of users rather than the bureaucracies.

“This system was dehumanizing. It was less of a help system than a fraud prevention effort, and it created an us-versus-them mentality,” Brennan said, adding that public assistance bureaucracy “creates pain for residents and front-line workers alike.”

He and the six-member, mostly Millennial, team at Civilla don’t hide their earnestness. They start and end their days in what they call a “Dream Cocoon,” a giant wooden canopy in their Midtown Detroit studio where they read affirmations and share stories.

A display about the project – dubbed “Re:Form” – consists of a maze that is decorated with 800 strands of yarn hanging from the ceiling. Each symbolizes a client for each state MDHHS worker, whose average caseload has increased from 300 in 1999 to 750 in 2015.

But Brennan also has powerful connections. In late 2015, he persuaded MDHHS Director Nick Lyon and Rich Baird, then a top aide to Gov. Rick Snyder, to drive to Detroit for a demonstration on the form. Each tried to fill it out in 45 minutes. They failed. 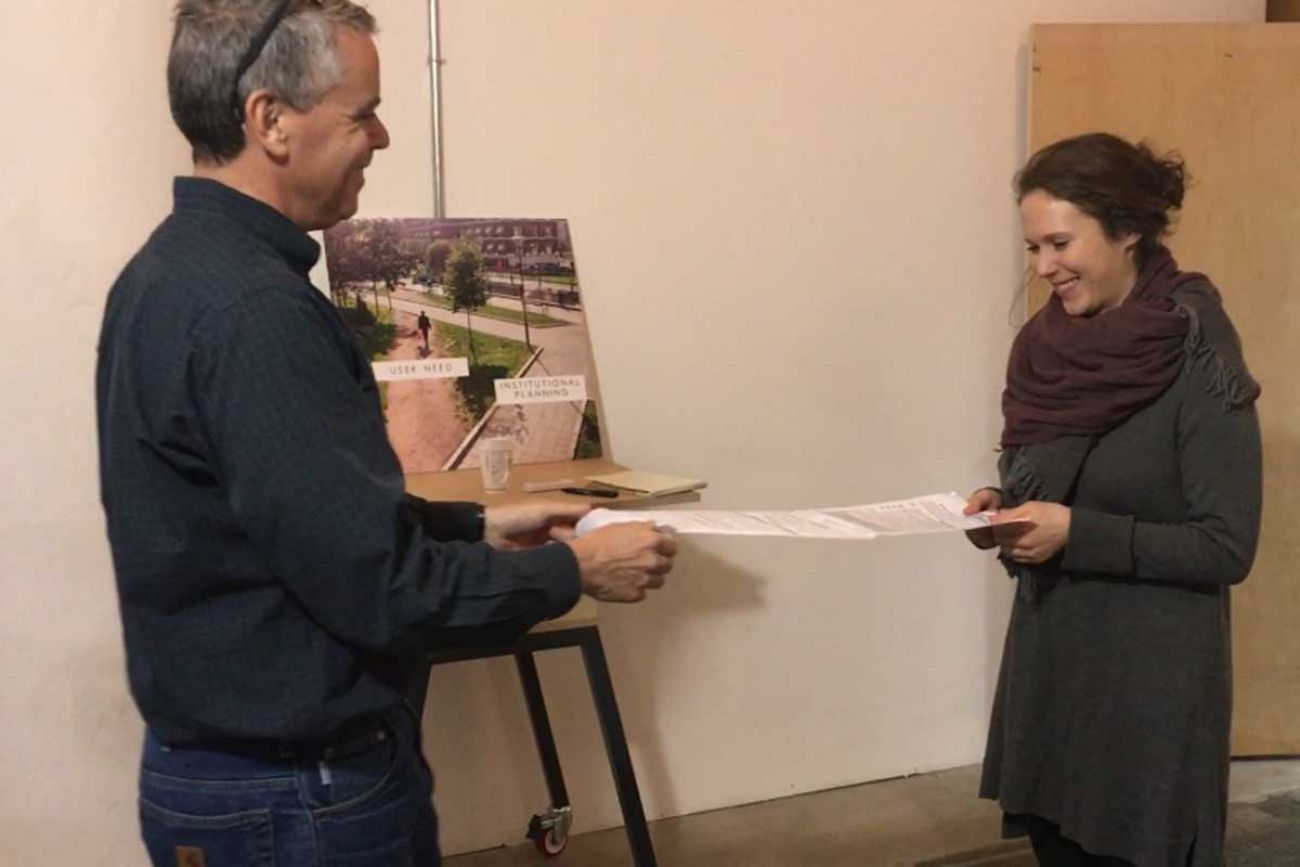 The meeting forged a bond between Brennan and Beurer, the MDHHS administrator. When he started working for the state as a caseworker 35 years ago, Beurer immediately knew the form was a problem.

“Everyone back then had trouble filling it out, and it was clear this was something we needed to fix,” he said. “Since then, it’s only grown.”

‘Do the right thing’

Reworking the form began with interviews with case workers and clients, and “inch-by-inch” scrutiny of redundancies, Beurer said. Most difficult: Ensuring the  dramatically reduced form still complies with 1,700 pages of state and federal regulations.

Everything from the form’s font –  Helvetica to Akkurat –  was reimagined, Brennan said, and tested during a pilot program for a few months last year in field offices in Eaton County and Hamtramck, the immigrant enclave of Detroit. Bridge Magazine highlighted the project in an article about  the “plain English” movement in government.

The result of the new form: Some 86 percent of users are able to complete the form in less than 20 minutes; and applications are turned in at a 94 percent completion rate, up from 72 percent. 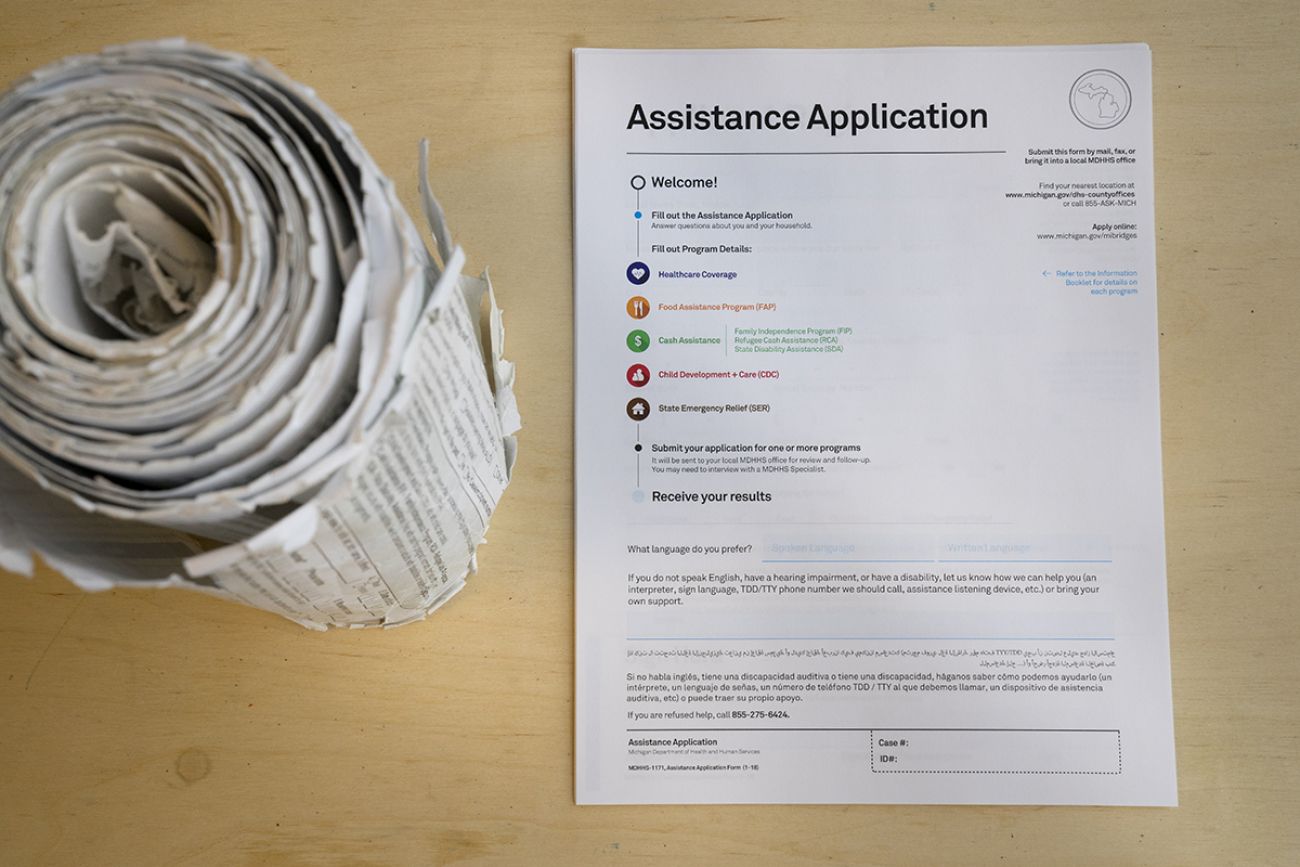 “It has allowed our staff to actually work with the individual to remove any other barriers that may exist and assist that client in the path to self-sufficiency,” Beurer said. “It’s a really exciting time.”

Both he and Brennan say it’s among the most significant work of their careers. The state ended up paying Civilla $830,000 for the project. MDHHS spokesman Bob Wheaton said the firm’s work will improve staff efficiency to better help clients.

Civilla also trained MDHHS case workers, and many of the lessons from the project are being applied to a revamp planned in the spring of MIBridges, the website that allows public assistance recipients to apply and check cases online, Wheaton said.

The cost savings are an added benefit, said Geralyn Lasher, director of communications for the MDHHS.

“This is about coming together as a department to do the right thing in how we serve people,” she said.