In the new, Macomb County-based 10th Congressional District, a businessman and third-time candidate for federal office is up against a longtime county prosecutor and judge.

Republican John James tried unsuccessfully in 2018 and 2020 to oust incumbent Democratic U.S. Sens. Debbie Stabenow and Gary Peters, respectively. Now, he set his sights on the new 10th Congressional District for a shot at serving in the U.S. House. 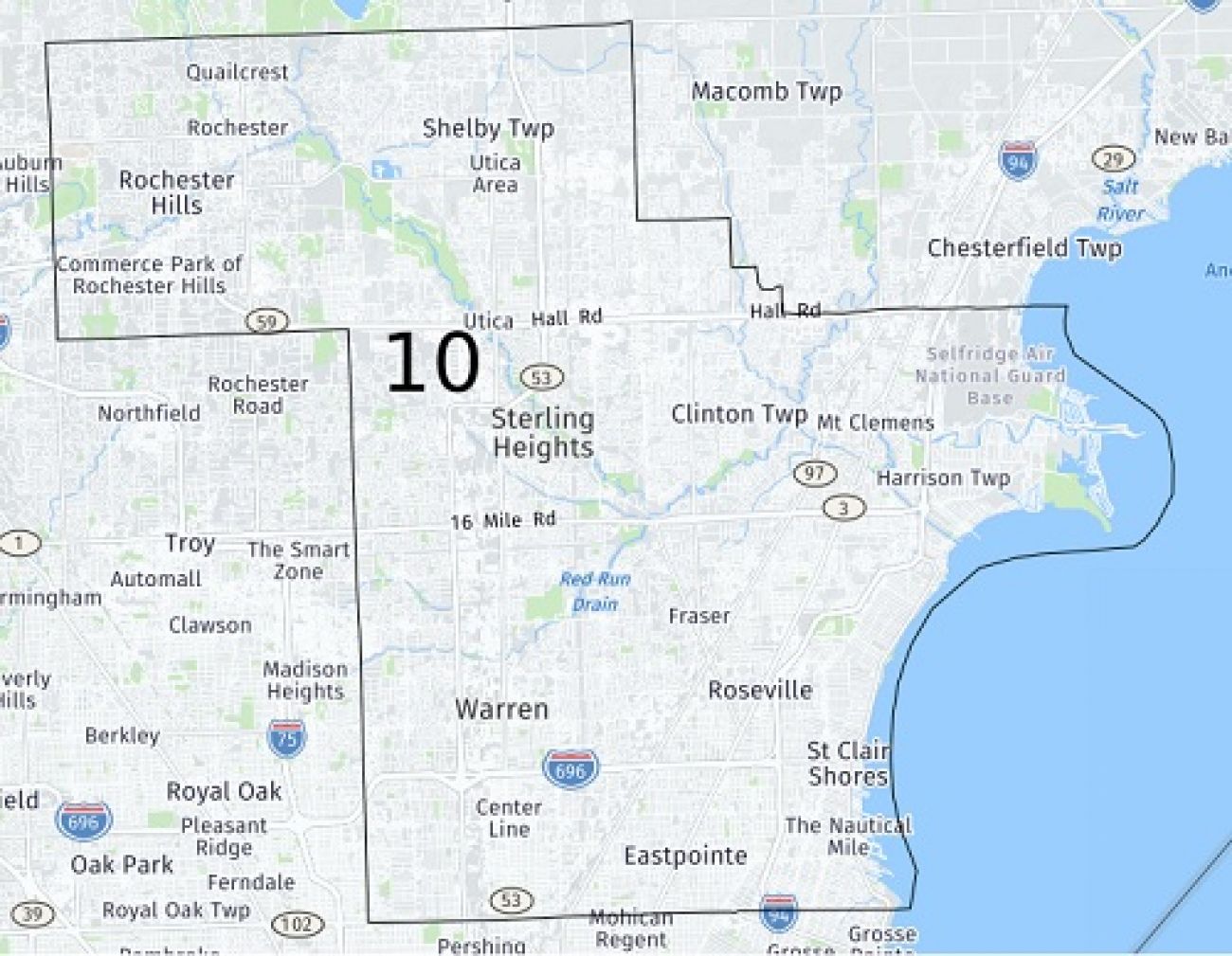 James is a U.S. Army veteran and president of James Group — a supply chain management company his father founded — and CEO of its subsidiary, Renaissance Global Logistics. He lives in Farmington Hills, outside the district he hopes to represent, but has expressed plans to move.

James has focused on reducing inflation and gas prices and said he hopes to be a voice for people in the district who feel left behind. He is endorsed by former President Donald Trump. Former congressional members Candice Miller and Mike Bishop are advising his campaign.

Democrat Carl Marlinga, a fixture in Macomb County politics for decades, advanced through a competitive Democratic primary to be on the Nov. 8 ballot.

Marlinga, who recently stepped down from his position as a judge, previously served as county prosecutor. He ran for Congress in 2002, losing to Miller.

The new district only includes a small piece of Oakland County: Rochester and Rochester Hills. It also extends farther north to include some of the solidly Republican territory currently represented by U.S. Rep. Lisa McClain, R-Romeo, who is running in the redrawn, Thumb-based 9th District.

The district leans Republican but is competitive: In 2020, Donald Trump won the region with 50.5 percent of the vote to President Joe Biden’s 49.5 percent, according to data compiled by the state’s independent redistricting commission.

This is a new, open seat that leans Republican but is expected to be competitive.

Incumbent U.S. Reps. Andy Levin, D-Bloomfield Township, and Haley Stevens, D-Waterford, both passed on running in the new 10th, instead choosing to run against each other in the neighboring 11th.

That left an opening for an open Democratic primary, where Marlinga cruised through to the general election ticket. Marlinga has deep ties in Macomb County and high name recognition, but is low on campaign cash, reporting just over $39,000 in the latest filings.

James has a big fundraising advantage coming into the general election and is coming off of back-to-back statewide campaigns. The Republican National Committee has indicated the 10th is considered a top pickup opportunity for the GOP.