FLINT—Redacted evidence. Millions of documents ignored. Statutes of limitations bearing down on them.

“I had never seen anything like it.” Worthy told the gathering. She said she told the prosecution team: “We’re going to have to start from the beginning.”

Which is how the veteran prosecutors, appointed by new Attorney General Dana Nessel, found themselves in a packed union hall Friday explaining to an exasperated crowd of Flint residents why they recently dropped criminal charges against eight remaining city and state officials charged in a crisis that resulted in high levels of lead entering the city’s drinking water. 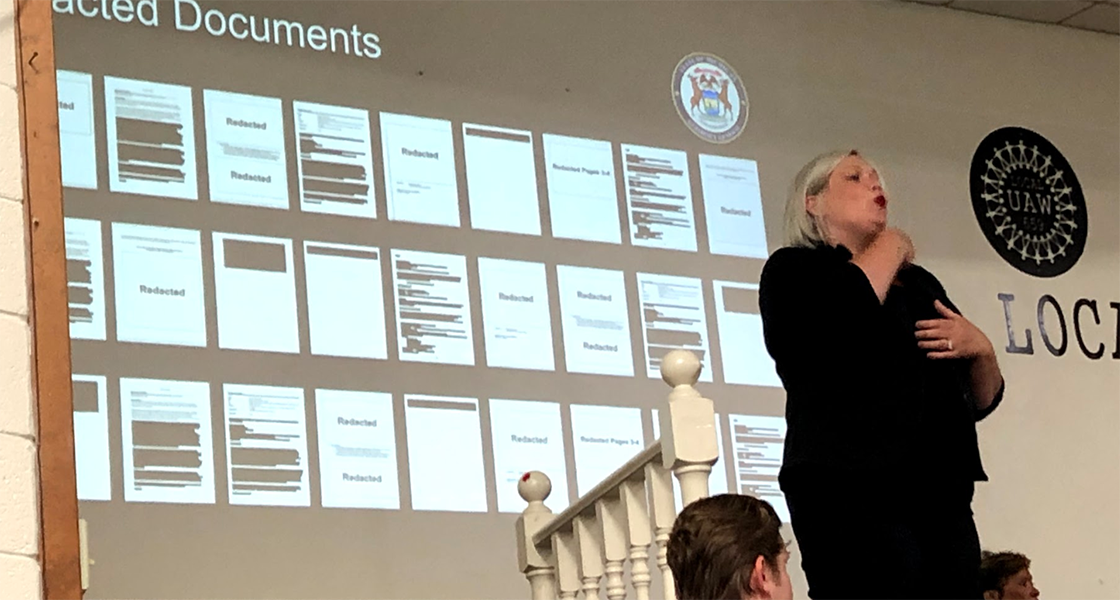 The Attorney General’s team shared examples of redacted documents they came across as they examined documents collected by their predecessors.

They assured the crowd they would now aggressively follow evidence where it led, and would charge ‒ or recharge, as necessary ‒ any officials found criminally responsible for the water crisis.

But their assurances did little to convince many of the residents the state was capable of delivering long promised justice to the city.

Angry shouts and cries repeatedly filled the auditorium at United Auto Workers Local 659 as the prosecution contended that the case was mishandled by the previous investigation team under then-Attorney General Bill Schuette.

When the prosecutors said there may only be only nine months to file new charges before state statutes of limitations would make criminal charges out of reach, angry cries rang out.

“I have a heavy heart right now. Heavy. It hurts.” Marjioyce Campbell, another Flint resident, said at the microphone, voice cracking. “After I heard what you all have said to us, I cannot believe something like this could happen. You can’t even believe it. But it did.”

Not present Friday, and thus unable to defend their work to the crowd, were Schuette and former Special Counsel Todd Flood. Both previously denied mishandling the investigation, in which 15 people were charged and seven had accepted plea deals to misdemeanors. Schuette told MLive-The Flint Journal Friday his team had built “very solid” cases they were prepared to take to trial on the eight defendants who had their cases dismissed. That trial preparation ended when Schuette left office at the end of 2018 and Nessel arrived, with a new prosecution team. 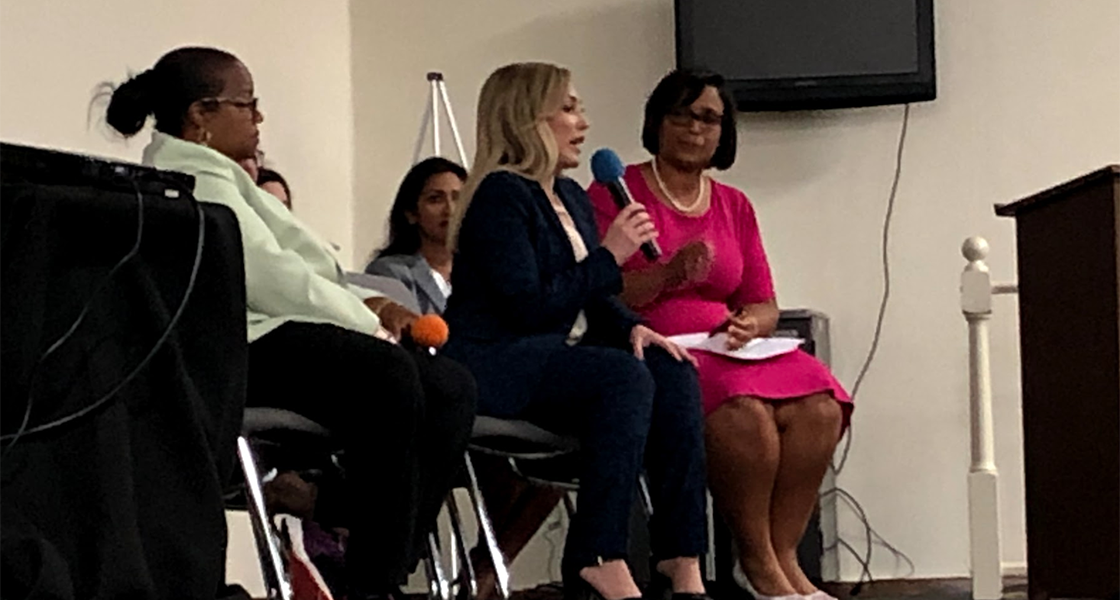 “We only filed charges where the evidence" showed a crime, Schuette told the paper.

But inside the union hall, Worthy wrote off such defenses as “propaganda” which, “in a case like this, is a form of injustice.”

By dropping the charges, and plowing through millions of pages of previously ignored evidence, the new prosecutors said, they were now able to fully investigate the water crisis and who was to be held responsible. (The charges were dropped “without prejudice,” which means they can be reinstated if prosecutors decide to pursue them.)

Before Hammoud and Worthy took control, they said previous prosecutors had collected 5 phones and 1.5 million pages of evidence. Many of those pages were redacted so the prosecutors couldn’t read the evidence in front of them. They said they soon discovered nearly two dozen boxes of documents and hard drives labelled “Flint” in the basement of a state-owned office building.

“There were some phone dumps we never had. And the first thing we said, ‘If we don’t have this, what else don’t we have?’” Hammoud said she asked.

Now, five months into their work, they said the evidence seized by their team has grown from 5 to over 600 phones and from 1.5 million pages of evidence 20.5 million documents.

The team decided it was better to dismiss charges, which they did June 13, to give themselves more time to sort though the new evidence than to proceed with what they said were only partially-formed cases.

“Please tell me heads are going to roll,” Campbell pleaded of Hammoud and Worthy at the microphone.

Worthy said they would follow the evidence and if they found people criminally culpable, “No matter where they are on this earth, we will charge them.”

Several residents asked if former Governor Rick Snyder, Schuette or Flood would face charges for any role in the crisis or the alleged mishandling of the investigation.

“Nobody is off limits” the Worthy vowed. Even so, the team declined to name any particular charges or defendants they have in mind.

“We have to let the facts and evidence be our guide,” Worthy told reporters after the meeting. “We have to be able to take these cases and go to court and win them.”

The state of the case, coupled with pending statutes of limitations, left many residents worried time is running out to secure even a semblance of justice five years after a state-appointed emergency manager ordered that Flint switch its source of drinking water to the Flint River in a bid to save money for the cash-strapped city, with disastrous results.

“I’m really afraid of us to fall on our face… and all of this will be for nothing,” Joelena Freeman, Flint resident and member of the Democracy Defense League said with quivering lips and watering eyes after the meeting.

Prosecutors repeatedly assured residents the statutes of limitations would not get in the way of justice, pointing out for instance that more serious charges, including manslaughter, have a longer statute of limitations period in Michigan than official misconduct.

“But the misconduct caused the manslaughter,” Worthy acknowledged, “and that’s why it’s important” that they work toward the shorter timeline.

“Do they know what they’d say to us if the statute of limitations runs out?” Freeman asked. “We’re just terrified…This is a real cliffhanger.” 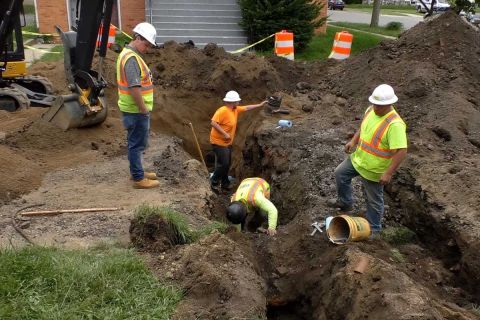 Under a Snyder-era reform following the Flint water crisis, Michigan utilities must begin switching out lead service lines this month, part of a 20-year project. But some already are seeking extensions and some cash-strapped cities are reluctant to have vulnerable ratepayers shoulder the burden. 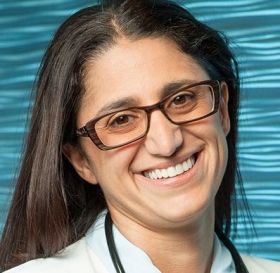 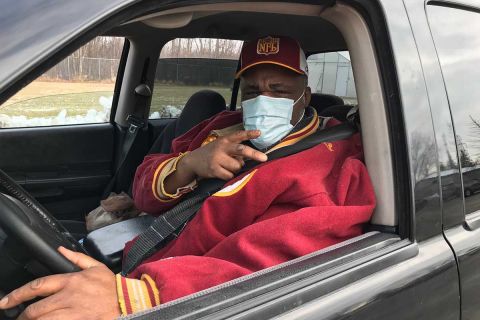 Years after a cost-cutting move resulted in lead-poisoned drinking water in Flint, residents said they are furious that the governor who placed their city under emergency control won’t face more serious charges.

I seriously doubt that anyone involved with the Flint water debacle intentionally did anything to cause “higher” lead levels in the water. This is most likely a case of non-willful ignorance. As little as 40 years ago we had leaded gasoline, lead in the paint, and a host of other products containing lead and polluting in some small way.

The problem is in the burden of proof--beyond a reasonable doubt. The type of doubt that causes reasonable people to hesitate in making a most important decision in their own lives. This case is , and always has been, a political prosecution for politicians to make bald accusations and to to preen in the media .

In the end, the People of Flint will be disappointed. Maybe some people will go to jail or prisons , but they will be political prisoners. The politicians will move on to higher office.

The better approach would have been to concentrate on a civil action to fix the situation for a broader group of people. Skip the criminal court drama and find out what really happened without the impediment of the 5th Amendment as a barrier of finding the truth.

I'll be curious to see if the rural communities that have their groundwater contaminated with PFAS will get the same attention. Somehow, I doubt it.

In my opinion, these prosecutions were never meant to succeed.
My suspicions were raised when Bill Scheutte so ostentatiously opened the cases, and they all dragged on (and on, and on) in preliminary hearings that are generally waived.
But not this time. The defendants' lawyers and the prosecution were both being paid by Michigan's taxpayers so there was no incentive for anyone to personally save money by going to trial. I suspect that Scheutte's team privately assured the defendants that if they agreed to play their part by dragging out the preliminary hearing (to make it seem that Scheutte actually gave a damn), the cases would either ultimately be thrown out by a judge, be judged in defendants' favor due to weak cases and inept prosecution, or withdrawn after the election (as happened).
It was all a fake show of compassion and justice for the people of Flint.

More BS Lead DOES NOT cause rashes or miscarriages Dioxins do and Snyder the Snake knew and he was told by the DEQ that the Flint River was full of Dioxin!!! The plan was for Dan Gilbert to buy up all the property that the state foreclosed on for the people not paying their water bills!!!! The former AG was also in on it!!!!

As a former Flintstone, I can understand the skepticism and anger Flint residents feel after the dismissals. However, I hope everyone, especially Flint residents consider what we now know about how Snyder, Schuette, et al handled the investigation (leaving aside how badly they f---d up things to begin with).

Everyone n Michigan should be appalled and disgusted by the key facts laid out in Bridge's excellent coverage of this ongoing investigation:

Before Hammoud and Worthy took control, they said previous prosecutors had collected 5 phones and 1.5 million pages of evidence. Many of those pages were redacted so the prosecutors couldn’t read the evidence in front of them. They said they soon discovered nearly two dozen boxes of documents and hard drives labelled “Flint” in the basement of a state-owned office building.
“There were some phone dumps we never had. And the first thing we said, ‘If we don’t have this, what else don’t we have?’” Hammoud said she asked.
Now, five months into their work, they said the evidence seized by their team has grown from 5 to over 600 phones and from 1.5 million pages of evidence 20.5 million documents.

Look at those figures! The number of phone lines investigated did not double, or triple, or go up 10 fold, but in fact increased 11,900%. Eleven Thousand, Nine Hundred. That is not a typo -- you can look it up. The number of documents, while staggering, went up a more modest but still significant 1,267%. All of this underscores the need and the importance of getting all the facts and making sure that we know the full story of the incompetence, malevolence, and political posturing that created this human tragedy.

What *never* gets reported --

Ms. Worthy (D), you are politically compromised, please focus on Detroit, Wayne County and the (D) messes there, not Flint (D). Thank you.

If Flint voters just didn't automatically ticket vote, maybe they wouldn't have this problem. They've dealt with crooks in cousins in office for decades and even with this issue, it's already politically based and guess who is trying to take the advantage. When people vote on an image, they get what they get. And considering how Flint was exploited during the 2016 election, they have gotten even more.

If we are now going to prosecute incompetence ,prosecutors are going to be busy. And please explain the motive angle here. Who and how was there a benefit to gain to explain this? If someone should be prosecuted it would be the emergency manager who morphed his job from getting the books straightened out into the city infrastructure/utility planner and manager. A clear sign of excess ego and confidence.