LANSING — Republican businessman Perry Johnson on Friday confirmed his interest in running for Michigan's open U.S. Senate seat but said he is also considering a campaign for an even higher office: President.

Johnson, 75, told reporters he intends to finalize his 2024 campaign plans by mid-February, when he will run a Super Bowl ad that "will probably give you a real good idea of where I'm going."

In addition to Michigan, the television commercial could run in Iowa or New Hampshire, Johnson said, teasing a possible presidential bid by referencing states that have traditionally held early primaries.

"I have options," Johnson added during a remote taping of "Off The Record" on WKAR-TV in Lansing.

It would be the second Super Bowl ad in as many years for Johnson, who last February launched an abbreviated gubernatorial campaign with a Michigan commercial during the game that introduced him to voters as a "quality guru" who helped popularize industry certification standards.

The wealthy Bloomfield Hills resident spent more than $7 million of his own money on the governor's race but was disqualified from the primary ballot after state officials determined that paid circulators had forged signatures on nominating petitions for Johnson and other GOP candidates.

Johnson met this week with Republican legislative leaders in Lansing, where he said he discussed the possibility of a campaign for U.S. Senate to replace Democrat Debbie Stabenow, who last week announced she will not seek re-election in 2024.

Running a successful U.S. Senate campaign could cost upwards of $100 million, Johnson told reporters after the WKAR-TV appearance. "I don't know whether I'd have to spend $100 million of my own money, but I don't think you get by spending less than about $50 (million)."

Running for president is "obviously" another "option out there," Johnson added. His political team, including GOP consultant John Yob, has already prepared "multiple versions" of the planned Super Bowl ad and will "have to decide which version we're going to shoot," he said.

Stabenow's decision to retire when her current term expires at the end of 2024 has sparked intense speculation over who could run to replace her in what party operatives are already projecting to be one of the most competitive U.S. Senate seats in the country.

On the Democratic side, Lt. Gov. Garlin Gilchrist said this week he is contemplating a Senate run. Party insiders say elected officials like U.S. Reps. Elissa Slotkin and Haley Stevens could be formidable candidates should they decide to enter the race.

Perry Johnson spent millions of his own money on last year's failed gubernatorial bid but said Friday he "loved" the campaign, which only reinforced his interest in running for public office.

"I thought it was one of the most wonderful experiences of my life, despite the fact that I was tossed off the ballot," he said.

"The feeling that you get when you're trying to help other people and help the state, help the country, is a wonderful feeling. Because then you're doing something for somebody else instead of doing something just for yourself or your family."\

With inflation reducing spending power for families across the country, Johnson said he believes "things are going in the wrong direction" and wants to work in a role where he could "shrink the government” and cut taxes.

He’s written a new book – “Two Cents to Save America” — outlining his plans for the economy, immigration and more. 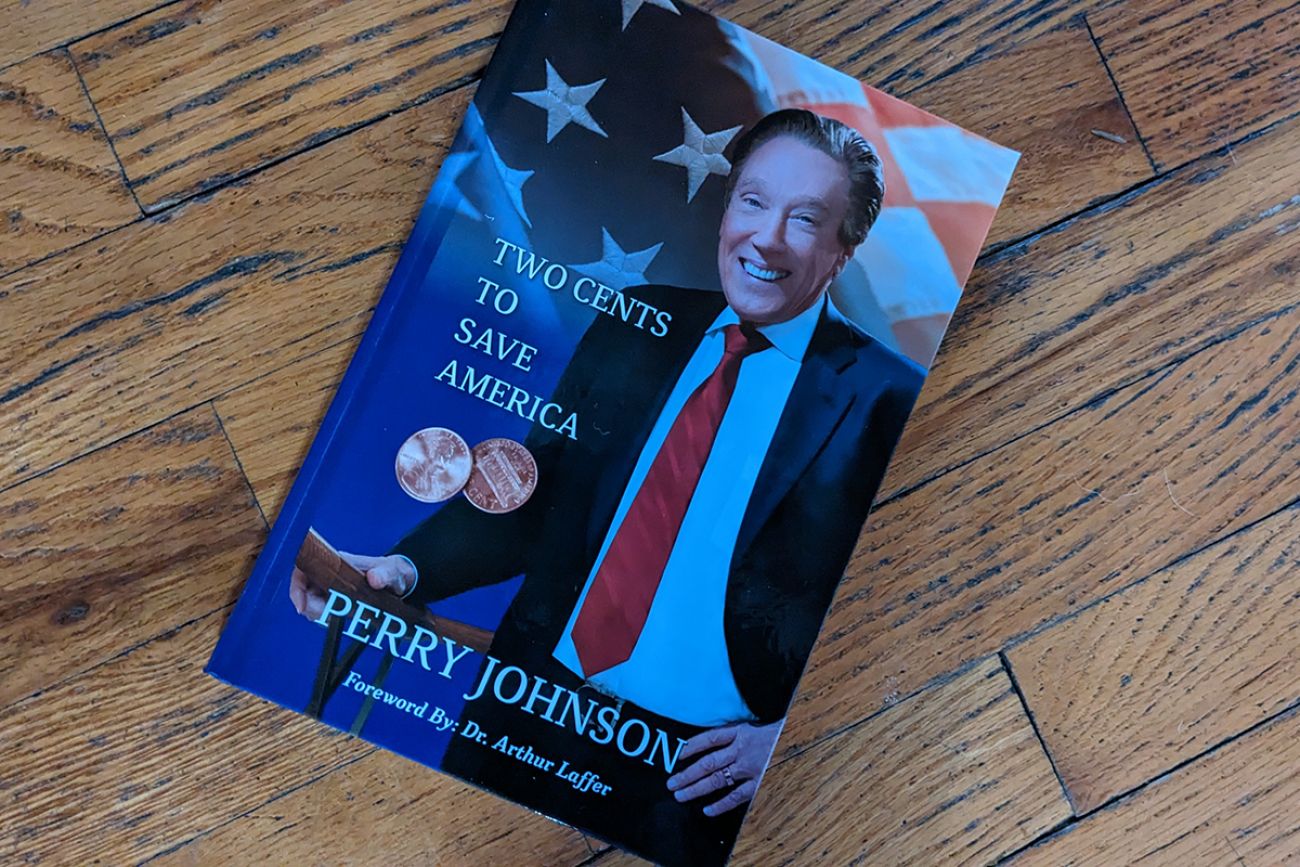 As a gubernatorial candidate, Johnson courted the endorsement of former President Donald Trump by flying his personal jet to Mar-A-Lago. But Trump's primary endorsements (the former president endorsed Tudor Dixon, who lost handily to Gov. Gretchen Whitmer) ultimately meant the GOP "ended up not having most ideal candidates" in the general election, he said Friday.

Johnson declined to say whether he will back Trump's 2024 presidential bid, suggesting it is too early in the process.

"Obviously, his stock has gone down," Johnson said of Trump. "...It's very evident that, as a result of the (2022) election, he does not have quite the horsepower that he did a while back, but we don't know what's going to happen."