For all the talk of a divided Washington, Republicans and Democrats were able to find common ground on President Trump’s budget proposal, at least in its suggested cuts to the Environmental Protection Agency.

“We’ve seen huge, bipartisan, broad-based opposition to these cuts,” said Todd Ambs, campaign director for Healing Our Waters – Great Lakes Coalition, a group of 145 organizations with an interest in the health of the Great Lakes watershed.

And this week, Ambs and his allies got at least part of what they wanted – a stay of execution for the Great Lakes Restoration Initiative, a $300 million program administered by the EPA. The Trump budget blueprint had recommended zeroing out federal funding of the program to “return the responsibility for funding local environmental efforts and programs to state and local entities, allowing EPA to focus on its highest national priorities.”

The budget blueprint remains on the table, but to avert a government showdown late last week, Congress passed a stopgap spending plan to keep federal agencies funded through the end of September, including $50 million for the GLRI. The office, which was created in 2010 to coordinate cleanup projects in and around the lakes and their tributaries, is safe for now.

Other EPA programs remain in limbo. The administration’s budget request was to slash the agency’s overall budget by 31 percent, to $5.7 billion from $8.3 billion.

“To suggest that the Great Lakes region is not one of our highest national priorities is frankly absurd,” said Ambs, who is based in Madison, Wisconsin. “The idea that we can protect the largest freshwater resource on the planet without federal investment,” ditto. 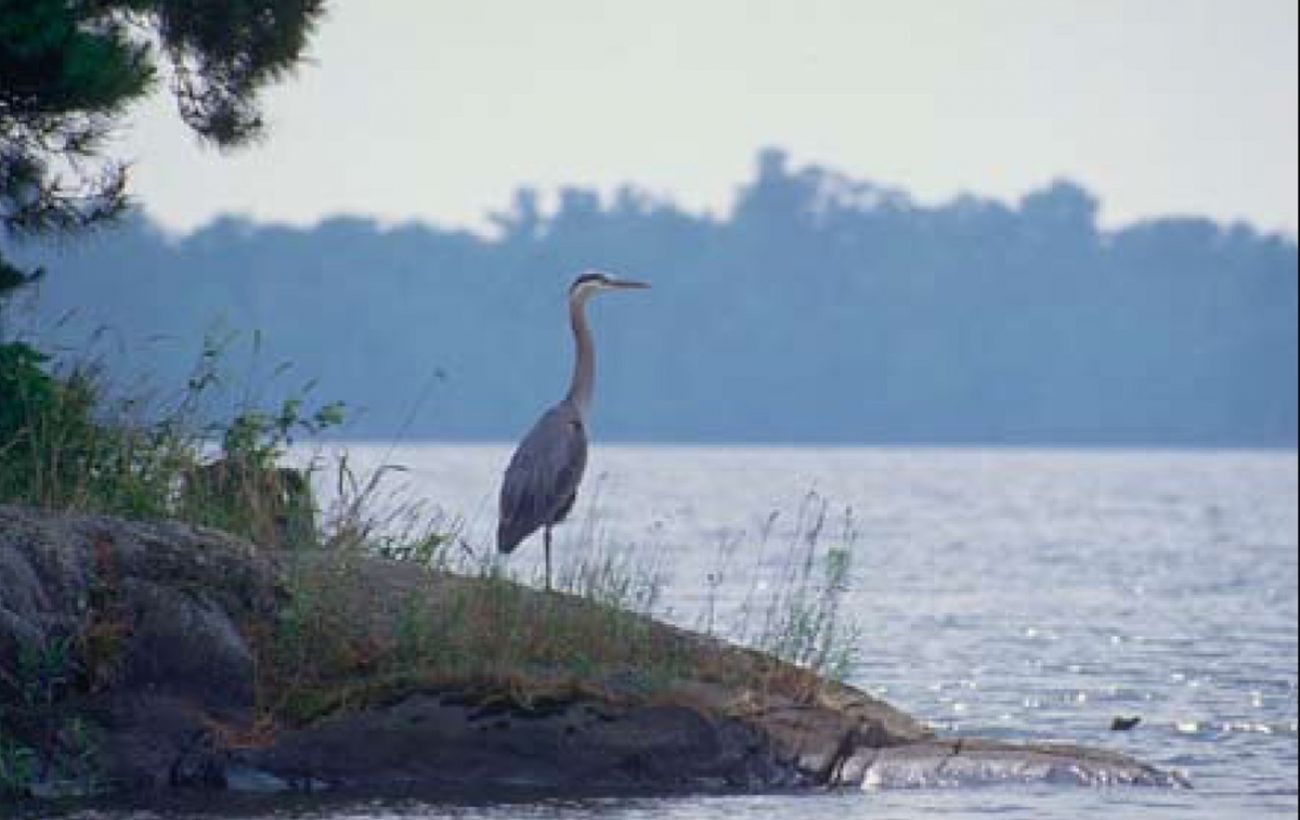 Money from the Great Lakes office has been used to clean up Muskegon Lake in west Michigan, the Rouge River in southeast Michigan, and dozens of other projects. Ambs said these are not just environmental but economic development successes, restoring once-polluted areas to cleaner conditions and returning $3 for every $1 invested by boosting real estate values, tourism and job growth.

But the Great Lakes Restoration Initiative isn’t the only EPA effort imperiled by the administration’s spending priorities.

The Chicago Sun-Times, citing an anonymous source, said the cuts would lead to the closing of the Region 5 office of the EPA, which covers six states including Michigan, and whose staff were deeply involved, as heroes and villains, in the Flint water crisis. An agency spokesman denied the report.

The EPA issued a statement saying Administrator Scott Pruitt “is committed to leading the EPA in a more effective, more focused, less costly way as we partner with states to fulfill the agency’s core mission,” and offered no further comment.

Politicians from both major parties have spoken out against the cuts. Democratic Sen. Gary Peters called the potential closing of the Region 5 office a matter of “grave concern” and a “disaster for the Great Lakes.” His Senate colleague and fellow Democrat Debbie Stabenow described axing the GLRI as “outrageous.”

Sixty-three members of Congress signed a letter to the House Appropriations Committee, asking that GLRI funding be restored. The letter was signed by all but two members of the Michigan delegation – Rep. John Moolenaar, R-Midland, who as a member of the committee would not sign such a letter, and who later wrote an op-ed pledging his support for the GLRI; and Justin Amash, R-Cascade Twp.

Amash said at a recent town-hall meeting that he supports the EPA, but the agency “overreaches,” and protecting the Great Lakes is “complicated.”

“We need to analyze what the cuts are that are being proposed ...and try to understand what is the best level of funding and what is proper EPA oversight versus state oversight,” Amash said at a town hall in Ionia.

The stopgap spending plan takes much of the passion out of the debate, as it preserves the GLRI and only cuts the EPA’s overall budget by a single percentage point, said Jason Hayes, director of environmental policy for the Mackinac Center for Public Policy, a free market think tank in Midland.

But Hayes said federal agencies should be prepared to shrink under Trump.

“I won’t pretend cutting the GLRI was a good idea, but honestly, is there any government agency that can’t cut somewhere?” Hayes said.

So what effect would such cuts have in Michigan? Environmental groups have done the math, and have some ideas. While stressing, as Amash does, that a blueprint is only a request, most believe some cuts are inevitable.

“Numbers don’t lie,” said Joel Brammeier, president and CEO of the Alliance for the Great Lakes, in Chicago. “This gives us the reality check of what the Trump administration really thinks of the Great Lakes.”

Experts point to several areas likely to see fewer resources in the future:

Less oversight of the Great Lakes, its tributaries and other bodies of water

Both drinking water and recreational water resources would likely be less protected if EPA money is lost, via cuts to both grant programs and EPA programs. Charlotte Jameson, government affairs director for the League of Conservation Voters, said the Trump budget proposal cuts grants to states by 45 percent for control of “non-point” pollution -- such as runoff from farm fields. Such runoff has been tied to toxic algae blooms that temporarily poisoned drinking water in Toledo and other Lake Erie communities in 2014, as well as nuisance algae blooms in inland lakes and at such marquee vacation spots as Sleeping Bear Dunes. 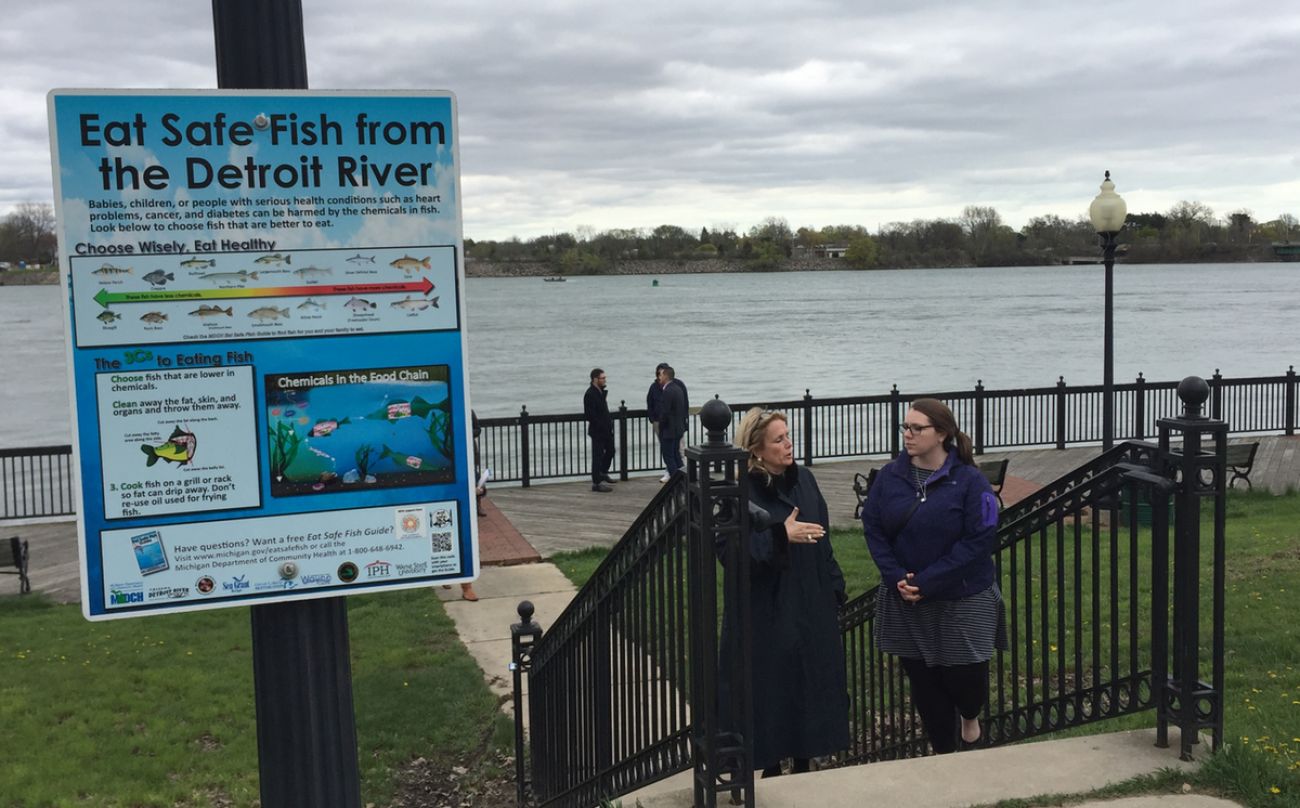 Other programs, such as monitoring the invasive Asian carp, would also see funding cuts, said Brammeier.

The EPA Office of Enforcement and Compliance Assurance budget, the agency’s policing arm that investigates polluters, would fall to $419 million, $129 million less than its current allotment.

“It’s critical to recognize the EPA’s primary mission is to protect public health,” Brammeier said.  (Lead-tainted water in) Flint, Toledo, Kewaunee County, (Wisconsin, where fecal bacteria from farms poisoned wells) -- those are the places where the EPA is on the front lines coming up with the solution to these complex problems.”

Air testing and other emissions oversight

Cuts in EPA funding could mean heavy job losses at the agency’s National Vehicle and Fuel Emissions Laboratory in Ann Arbor, where cars and trucks are tested for emissions and fuel economy standards.

Rep. Debbie Dingell, D-Dearborn, raised the alarm on the threat to the lab, which tests all vehicle models for sale in the U.S.

Dingell told Bridge the auto industry “depends on the data-driven process of emissions testing” and doesn’t want the lab to be closed, or its work to be curtailed. She sent a letter to the president after a Washington Post report said the administration wants to cut more than half of the more than 300 jobs there, but said she has received no response.

Like the defense of the GLRI, Dingell said preserving the emissions-testing lab would be a bipartisan effort in Michigan.

Federal funding provides approximately one-third of the budget for the Michigan Department of Environmental Quality, said Jameson, and deep cuts to the EPA would likely mean at least a 10 percent overall cut to the MDEQ’s $513.5 million budget, said Rick Hobrla, acting deputy director of the agency’s Office of the Great Lakes.

That would mean staff losses, but additional disruption, because civil-service rules would dictate that staff be laid off according to seniority. That would mean a “massive chain of reassignments,” Hobrla said, as remaining staff were moved to fill essential positions, and “new learning curves” in new jobs.

The DEQ was recently in a national spotlight as the state agency at the center of the Flint water crisis, along with the EPA.

“It’s definitely a level of concern,” in Lansing, Hobrla said. “But there’s also a sense that many of the programs proposed for cuts, like the GLRI, are too popular to do away with.” However, he added, “the likelihood of full restoration (to last year’s funding) is not good. (The DEQ is) anticipating some level of cut.”

Asked for comment, Gov. Rick Snyder’s office said “The Great Lakes funding is very important to Michiganders, therefore we know there is strong support among Michigan’s Congressional delegation. Gov. Snyder is working with them to preserve the funding in the federal budget.”

The president’s administration has made it clear that climate change is not an area of policy concern, or even something accepted as fact. While the president’s advisers are said to be split on whether to honor the Paris climate accords agreed to under the Obama administration, Trump’s commitment to revive the flagging coal industry suggests greenhouse gases aren’t something he worries about.

But Jameson of League of Conservation Voters said fracking, or horizontal drilling, has vastly increased the amount of natural gas available to power plants, so coal ones likely will be coming offline no matter what Trump does.

Although not included in the EPA budget, the Trump administration plans to repeal some of the previous administration’s environmental rules surrounding fracking on public lands, including those governing storage of waste fluids and disclosure of the chemicals used in the process.

A signature drive failed to put a referendum before Michigan voters in 2016 on whether to ban fracking, but the group behind the effort said it wants to try again in 2018.

Trump’s budget also would provide less money to clean hazardous waste, as funding for the Superfund program that cleans industrial sites would fall to $762 million, a $330 million cut.

“That’s some of the most important cleanup in the state,” Dingell said.

Michigan has 65 Superfund sites, from landfills to abandoned industrial sites, in all parts of the state. About $2.6 million in federal money was spent in 2016 in Michigan, with contracts signed for $23 million more, with most of the latter for ongoing cleanup at the Velsicol Chemical Corp. site in Gratiot County.

Also on the chopping block: the Energy Star program, which provides energy-use information on large appliances, is targeted for elimination. The program is voluntary, and businesses decide on their own whether to make products that comply with its standards. The EPA claims it’s lowered electricity bills by $430 billion since it began in 1992.