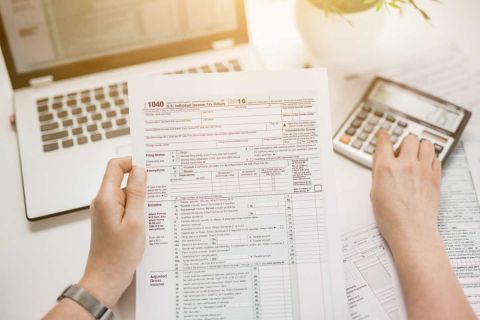 Shortly after taking office in 2011, Gov. Rick Snyder signed legislation that replaced the state’s unpopular business tax with a flat new corporate tax. He eliminated most tax credits, though payouts of now-defunct Michigan Economic Growth Authority (MEGA) credits given to companies to create and save jobs during the recession will continue to strain the state’s budget for more than a decade.

Those business tax changes have altered the state’s revenue picture.

When adjusted for inflation, Michigan collected 5 percent less in overall taxes in 2016 than it did in 2008, during the Great Recession, according to a Bridge analysis of state data. That equates to more than $1.6 billion in lost revenue.

That decrease is led by more than $2 billion in business tax cuts over the same period, when adjusted for inflation. Property taxes, which fund public schools, fell by nearly $449 million, the second-largest decline in dollar figures. The new corporate tax is also volatile and depends on corporate profits and other economic factors.

The result is that Michigan now relies more heavily on individual taxes from residents. Nearly 70 percent of the revenue in the general fund budget this year comes from income taxes, up from 54.6 percent in the 2012 fiscal year.

Business taxes, meanwhile, are an estimated 1.9 percent of the state revenue pot this year, considerably less than 12.4 percent in 2012.

One potential problem with that shift to personal income taxes is that they, too, are vulnerable to swings in the economy. Should another downturn hit and unemployment begin to rise, income tax revenue will fall, creating more strain on general fund resources.

Until the MEGA credits expire, estimated around 2032, net business tax revenue likely will continue to be a small portion of total state revenue, said Craig Thiel, research director for the Citizens Research Council of Michigan.

“When we look at the revenue that’s brought in, it’s not as balanced as an ideal system might be,” Thiel said. “The business tax piece, but for the credits, would play a larger share. But for the time being, structurally, I would say it’s much more balanced than it’s playing out in practice because of these (MEGA) commitments that were made seven to eight years ago.”

John Nixon, Snyder’s first budget director from 2011 until March 2014, said the motivation in reforming how companies pay taxes in Michigan wasn’t strictly to give tax breaks to businesses. Michigan desperately needed to create fiscal stability if it wanted to be able to attract new businesses, he said.

Simply put, he said, the old Michigan Business Tax was not competitive.

That’s not an argument that’s gained much traction with labor and other critics, who complain that businesses aren’t paying their fair share of taxes.

Nixon said the higher business taxes in place before Snyder led to less capital to spend on employees, equipment, research and development.

“I believe they need to have that capital,” Nixon said. “It’s just a political debate, right?”