Stalled legislation that could temporarily take away guns from people deemed at risk of harming themselves or others may soon see action in the GOP-controlled Michigan Legislature, nearly one year after being introduced.

Days after 17 students and teachers were killed in a school shooting in Florida, state Rep. Jim Runestad, Republican chairman of the House Judiciary Committee, said he has spoken to the Democratic sponsor of the so-called “red flag” legislation, Rep. Robert Wittenberg, and “assured him I will be reading them.”

Runestad stopped short of committing to hold a hearing on the bills, but said he’s open to considering legislation that addresses mental illness and gun violence.

Leading candidates for Michigan governor, meanwhile, offered dramatically different responses to the legislation, with Democrats supporting such a law and most Republicans saying they would need more time to study such a measure.

“Certainly, this kind of mental health issue … should have raised a heightened concern to get involved very seriously in this case,” Runestad, of White Lake Township in Oakland County, told Bridge Magazine.

Five states — California, Oregon, Washington, Connecticut and Indiana — have the type of law that Wittenberg and Democratic state Reps. Stephanie Chang, of Detroit, and Jon Hoadley, of Kalamazoo, want the House to enact here.

Related: Did a Michigan campus narrowly avert a massacre like the Florida shooting?
Related: Where can you carry a gun in Michigan? It’s complicated

The “red flag” laws would allow a court to intervene and seize someone’s guns before a crime has been committed. Similar legislation is proposed in Michigan and 17 other states.

Supporters say the legislation would take steps to prevent mass shootings by giving law enforcement officers the ability to take guns out of people’s hands before anyone is harmed — rather than after.

Opponents, including the National Rifle Association, say the measures infringe on Second Amendment rights to keep guns without due process.

“Thoughts and prayers don’t get anything accomplished. There has to be action,” said Wittenberg, of Huntington Woods in Oakland County, referencing a common sentiment — offered particularly by Republicans — after mass shootings.

“I’m just hoping to at least get a hearing, so that we can talk about the merits of the bill (and) hopefully can prevent tragedy from happening here in Michigan.” 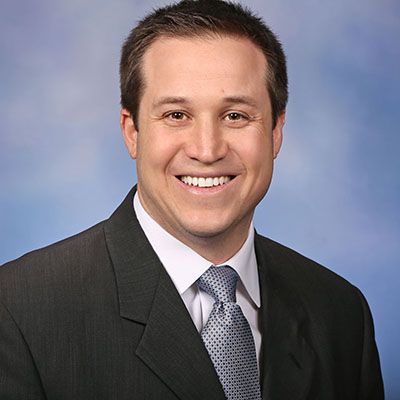 Wittenberg proposed the legislation in June. Since then, a gunman shot and killed 58 people at a country music concert on the Las Vegas Strip, injuring hundreds more; 26 were shot and killed at a Baptist church in Sutherland Springs, Texas; and last week, a troubled former student, Nikolas Cruz, allegedly opened fire with an AR-15 rifle in Parkland, Fla.

In Michigan, the bills would allow family members or police officers to ask a court to issue an “extreme risk protection order,” which would prevent the subject of the order from buying or owning a gun for up to a year. It also would allow law enforcement officers to seize guns in the person’s possession.

An order could be granted if a judge decides “there is reasonable cause to believe that the defendant poses a significant risk of personal injury to himself or herself or others by possessing a firearm,” according to the bill. That could include evidence showing someone has threatened or previously inflicted injury on himself or herself, or other people.

That said, the subject of the protection order would not need to be present when the order is issued, according to the bill, though it would be required that he or she is notified and given an opportunity to appeal it.

“This isn’t just about mass shootings,” Wittenberg said. “This could prevent suicides, as well.”

Republicans are non-commital. Many, including House Speaker Tom Leonard, said they haven’t read the bills.

“Mental illness is really at the root of these sorts of mass shootings,” said Gideon D’Assandro, spokesman for Leonard, R-DeWitt.

If it doesn’t gain traction while Republicans control both the House and Senate, the bills face an uphill fight. Wittenberg introduced a similar bill during the last legislative session, which didn’t leave committee.

A separate package of bills that would grant exemptions for someone to carry a concealed firearm in so-called “no-carry zones,” such as schools, is “indefinitely on ice” in Runestad’s committee after it passed the Senate in November, Runestad told Bridge. 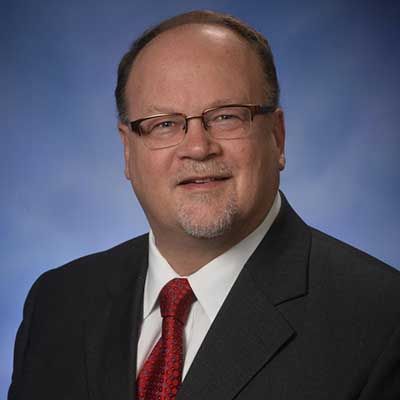 Amber McCann, a spokeswoman for Senate Majority Leader Arlan Meekhof, R-West Olive, said in an email that Meekhof is “opposed to restricting the Second Amendment.”

Meekhof has not read the House bills, McCann said.

D’Assandro said Leonard, the House speaker, is waiting to see what actions the Judiciary Committee takes. Yet Leonard has made reforming Michigan’s mental health system a priority, primarily as it relates to treatment and access to services, D’Assandro said.

He would not elaborate to say whether access to guns by the mentally ill would fall under an umbrella of proposed mental health reforms.

“A big thing for (Leonard) has been early intervention and (creating) that kind of access to services and get help before things become a problem,” D’Assandro said.

Anna Heaton, a spokeswoman for Gov. Rick Snyder, told Bridge he won’t comment on legislation that hasn’t made it to his desk, given the likelihood that language could change before then.

“The governor has been clear that improving mental health treatment needs to be part of the discussion when it comes to solving larger problems related to gun violence, and that’s where his focus is right now,” Heaton said.

Candidates for governor weigh in

Bridge asked all of the declared candidates for governor for their stances on the legislation.

One of the leading Republicans, Lt. Gov. Brian Calley, did not respond to repeated requests for comment.

Schuette's spokesman, John Sellek, wrote in an email that the candidate has worked to combat school violence during his time in office through the OK2SAY initiative, but did not offer his position on the red flag proposal.

"America is facing a mental health crisis and we must find ways to provide resources to help those who are hurting or may hurt others," Sellek wrote, adding, "Schuette also has deep concerns with the general coarsening of our culture, where casual violence and killing is treated as mere entertainment, especially when it is directed at our youth. We have not seen these bills but we will look at them as we review all the factors that may play a role in finding more solutions, like OK2SAY, to stop violence."

A spokeswoman for state Sen. Patrick Colbeck’s Republican campaign for governor declined comment on the bill, and “because it deals with a constitutional right, he would have to see what thresholds would be in place before restricting it.” He is from Canton Township in Wayne County.

A spokesman for Dr. Jim Hines of Saginaw, also running as a Republican, said: “It’s his understanding that local police already have that authority to confiscate someone’s guns if they’re deemed a threat.”

All of the Democratic gubernatorial candidates supported the legislation.

"Our law enforcement are sworn to protect our communities, and we must give them the tools they need to keep dangerous weapons out of the hands of those who would do harm,” former Senate Minority Leader Gretchen Whitmer of East Lansing wrote in an email.

A spokesman for Shri Thanedar, an Ann Arbor businessman, said he is “pro-Second Amendment” but believes a red flag law “would prevent tragedy.”

Abdul El-Sayed, the former Detroit health director, wrote in an email the bill is “a strong first step toward getting guns out of the hands of people who shouldn’t have them. But we have to go further,” adding that “comprehensive, common sense gun reform” would require a variety of changes to Michigan’s firearm laws.

“The notion that the Second Amendment guarantees the right to bear arms does not negate responsible gun ownership or state intervention when there are legitimate concerns for the public welfare,” Bill Cobbs, a former Xerox executive, wrote in an email.

In December, Wittenberg, Chang and Hoadley also introduced legislation that would impose universal criminal background checks on all firearm sales.

The bills are pending in Runestad’s committee.

“The urgency has always been there in my mind, and in a lot of our minds, because it’s not like gun violence or these mass shootings are a new issue,” Chang said of the red flag legislation.

“We would hope that these types of incidents would bring about conversation about how could we prevent them from happening,” she said, “but we also need to turn those conversations into real action. And, unfortunately, that hasn’t happened.”