Alzheimer’s in Michigan: The coming storm

KENTWOOD—Just about every morning and evening, Wayne Goates makes his way to visit the woman he fell hard for in college. From all outward signs, she has no idea who he is.

“The commitment and the romance is still there,” Goates says of his wife, Kristie, who was diagnosed with Alzheimer’s 13 years ago.

Conservatively, Goates figures he’s put in at least 20,000 hours tending to his wife in the years since her diagnosis. She has been in a dementia care wing of a Kentwood nursing home nearly seven years, at $6,500 a month, with the total bill now running past $400,000.

“I have some investments and a pension and Social Security,” said Goates, 72, a retired school administrator and, like his wife, a member of the post-World War II baby-boom generation.

“Little by little, the savings are going away.”

Related: How Michigan can prepare for the coming Alzheimer's crisis

And yet he considers himself fortunate, in part because his Mormon faith tells him he and Kristie, 68, will be reunited as their whole selves one day.

“I have it better than most,” he said one evening, as he spoon-fed his wife thickened apple juice. Kristie sat in a wheelchair in a sunlit sitting area of the nursing home. Her eyes briefly fluttered open for a time, but with no apparent recognition of her husband or surroundings. 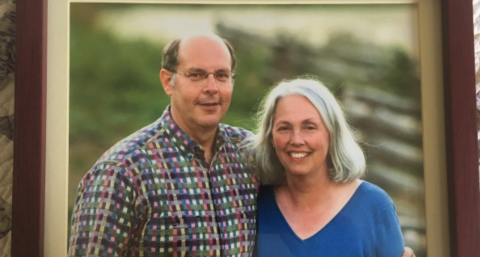 The cost of Alzheimer’s in Michigan

Goates acknowledged the strain “can make some people bitter. This can be devastating financially. For some people, it absolutely overwhelms them.”

In a state that’s aging faster than the rest of the nation, that’s likely to be the case for alarming numbers of aging Michigan baby boomers – born between 1946 and 1964 – and their families.

That could mean costs, direct and indirect, exceeding $15 billion in expenses borne by caregivers (in lost wages as they care for loved ones) and state and federal governments. In 2018, Alzheimer’s patients in Michigan accounted for more than $6 billion in Medicaid and Medicare charges, and another $7.4 billion in uncompensated care from more than 500,000 family members of Alzheimer’s patients.

Given that the greatest risk factor for Alzheimer’s is increasing age, experts say the coming decades will strain a health care system in Michigan already projected to be short of primary care physicians, geriatric specialists and home health aides. That’s on top of the personal and financial toll of Alzheimer’s on thousands of families.

“Michigan is not ready for this. I don’t think anybody is ready for what is to come,” said Jennifer Lepard, president and chief executive officer of the Alzheimer's Association-Greater Michigan Chapter.

“It would look like a blown-up version of what we have now. It would really be what it is today on a much bigger scale.”

Lepard said the expected spread of Alzheimer’s could land especially hard in rural Michigan, where officials say the safety net for the elderly is already fraying. 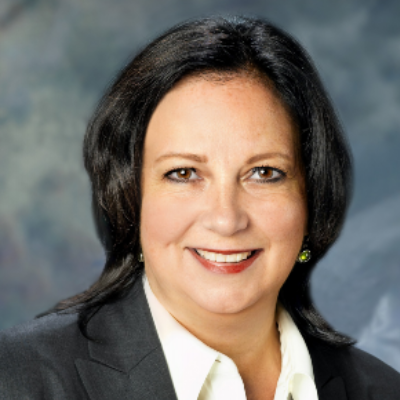 Twenty-one Michigan counties have a median age of 50 or older – more than any state. Most are in the northern lower peninsula and Upper Peninsula. And to make matters more challenging, rural counties rank among the state’s poorest. That means many residents and their families in remote parts of Michigan lack resources to deal with Alzheimer’s.

According to Census Bureau data from 2013 through 2017, the median income in 32 Michigan rural counties was just over $43,000, compared to more than $55,000 in 25 metropolitan areas. The bottom 10 Michigan counties in per capita income were all rural, according to 2010 Census data.

“The impact of Alzheimer’s is going to be huge. We are already seeing it,” said Laurie Sauer, director of the Region 9 Area Agency on Aging in the northeast Lower Peninsula. The nonprofit agency coordinates care for seniors in 12 rural counties, eight of which have a median age of 50 or older, including Alcona County, between Oscoda and Alpena which has a median age of 58.5. The state median age is just under 40.

Sauer said area families already have a hard time finding home care workers to assist with tasks like cooking, cleaning and hygiene, which Sauer said in this region generally pay about $10 or $12 an hour. That could become even more of a dilemma as the number of people with Alzheimer’s in the region grows.

“It takes a special kind of person to do that kind of work,” Sauer said.

But that work force is projected to be increasingly shy of anticipated demand, as national forecasts see a shortage of nearly 450,000 home health aides by 2025. Michigan is expected to need 30,000 additional direct-care workers by 2020 and thousands more as its population continues to age. 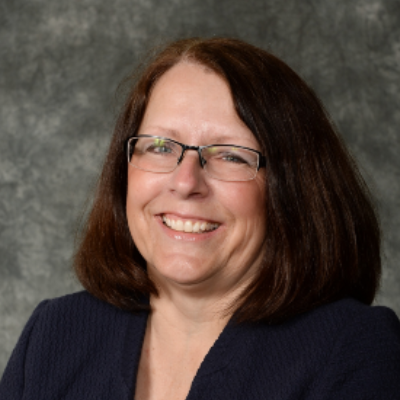 In addition, Sauer said most of the region lack bus service that seniors in urban areas often rely on for medical appointments or shopping. That’s a further complication for families in isolated areas dealing with Alzheimer’s.

“Transportation affects access to care, especially in wintertime. Many of the side roads where older adults live are the last to be plowed. Some can’t even afford to have their driveways plowed.”

Much of rural Michigan also lags in basic medical care, as a 2015 study found the supply of primary care physicians per capita was more dire in rural counties.

Regardless of location, an Alzheimer’s diagnosis mean life-altering changes for those closest to the patient ‒ the estimated 517,000 Michigan caregivers providing care in 2018.

Alzheimer’s is a progressive, irreversible brain disorder that gradually destroys memory and thinking skills. In its final stage, it ends the ability to communicate and respond to the environment. For many people, symptoms first appear in their 60s, though they can appear in people as young as in their 30s.

It is the sixth leading cause of death in the United States, with most patients living four to eight years after diagnosis. There is no known cure.

According to the Alzheimer’s Association:

For Wayne Goates and his wife’s family in Kent County, Alzheimer’s has been a relentless destroyer. That stretches back three decades to when the couple lived in Oregon, as he and Kristie tended to her father in the last grim years of his life with Alzheimer’s.

Kristie’s family would learn it is among a small percentage of those with Alzheimer’s with a gene mutation known to cause the disease. She has a younger brother and sister also diagnosed with Alzheimer’s.

Just over 13 years ago, Wayne began to notice changes in Kristie.

“It was the location of things. She was going to a chiropractor 25 miles away and she asked me to draw a map. A few months later, she wanted me to take her places. Later, she did wander off a time or two.”

As Goates continued his work as a school administrator, he dedicated more of his time in care of Kristie following her 2006 diagnosis.

By 2009, he cut his work to half time as he put in nine hours in the afternoon and evenings to care for Kristie.

The share of those 65 and older in Michigan and older swells.

Following his retirement, that care schedule grew to 12 hours or more, seven days a week. In 2011, they moved to Grand Rapids to share a house with one of their daughters and her husband. He recalled a phase where Kristie restlessly paced most of the day and he had to feed her while she was standing up and pacing.

After suffering seizures and losing her mobility, Kristie entered the nursing home in 2012. Wayne said he continued to spend about three hours a day with her, feeding her breakfast, visiting her, and tucking her into bed at night.

He has bittersweet memories of a particular morning about four years ago.

Goates recalled that he kissed Kristie’s forehead after helping feed her breakfast, then looked back as he walked away. Kristie managed to utter what sounded like the beginnings of his name, “Way…”

It was the last verbal communication he can recall.

In the evening, he often reads her written memories from what he recalled and what he’s collected from family and friends. That stretches back to the time they met at Brigham Young University and the summer they spent in a forest lookout tower in the mountains of eastern Oregon just after their marriage in 1973. It was a job he held each summer as he worked his way through college.

“I finally had someone I could share the sunsets with, watch the deer approach early in the morning and see the moons of Jupiter. The sky was so dark you could see them with binoculars,” he recalled.

In the meantime, he said he tries not to dwell on what could be in store for his two daughters. By his calculation, their chance of getting Alzheimer’s hinges on whether they inherited a particular gene from him or from their mother.

As for Kristie, Wayne said he does not consider their relationship to be over.

“It may sound corny,” he said, looking over at his wife, “but I consider my care for her courtship for the hereafter.”