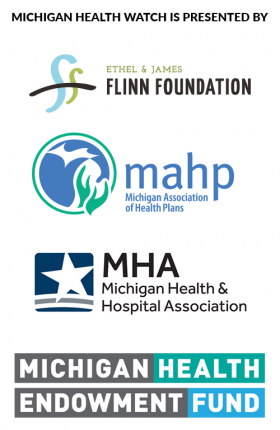 KALAMAZOO — Not too long ago, Antwinae McNeil was living in a Detroit shelter for teenage girls, wondering if she had a future.

Removed from an abusive home at age 15, she later learned as a student at Chandler Park Academy High School about a scholarship program at Western Michigan University for students in foster care. She applied.

The day she found out she was accepted told her she did indeed have a reason to go on.

“When I say the words that this program saved my life, I mean that literally,” McNeil said.

“The same day that I got a phone call saying I was accepted, I had made a plan at the end of the day I was going to end my life. It was just like, ‘Now I have a reason to live and live to fight another day.’”

Now a junior at WMU in its Seita Scholars program, McNeil is proud to be on track to graduate in 2021 — and join the ranks of dozens of scholars like herself.

Since the scholarship program launched in 2008, 166 students who grew up in foster care have earned four-year degrees at WMU, according to program director Ronicka Hamilton. Of those who enter, Hamilton said, about 30 percent graduate.

While that may not sound notable, it’s far better than national estimates that 3 to 11 percent of foster care alumni graduate college.

“These students come from backgrounds where they had multiple school changes, multiple different elementary schools and high schools,” Hamilton said.

“And then there is the mental health component. Students manage that differently all across the continuum. By the time some of them get here, they are just tired at having to try to survive.

“They are exhausted, burned out.” 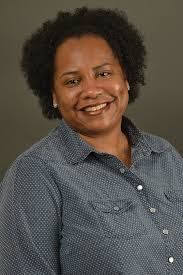 Students can earn upward of $13,000 a year in scholarship money, with a goal that they graduate college debt free. The program has received support from the Michigan Department of Health and Human Services, foundations and private donations but is largely funded through the university’s general fund. It’s named to honor Dr. John Seita, a WMU alumnus and national advocate for foster care youth.

But even with that scholarship incentive, program staff learned over time why students from foster care are at greater risk of dropping out than the general student population. Some struggle with the rigors of college-level work because of sketchy high school preparation. Many grapple with a range of mental health issues that follow them from foster care.

Seita Scholars are each assigned a campus coach, who can be everything from a shoulder to lean to a source of encouragement after a bad test score. Coaches keep in touch with students in regular face-to-face meetings and by email, text — whatever it takes.

“It’s having that connection, that recognition there is somebody you can go to for your troubles but also to celebrate your triumphs,” Hamilton said.

Former Detroit shelter resident McNeil said she learned even before she arrived on campus that her coach, Lakeyla Whitaker, had her back.

“Through the summer, she would call me every single day to make sure I had everything I needed to be ready for college.

“With her, you know no matter what happens you have somebody on your side. She is like superwoman. She will say, ‘I will call you at 7 o’clock.’ And she will call me not at 6:59 or 7:01 but she will call me right on the dime. She holds me accountable.”

McNeil said Whitaker’s steadying role has meant a lot, given that she still has episodes of anxiety and PTSD stemming her from her years in foster care and homelessness after she was removed from her mother’s house. She counts 15 different foster care placements and seven times she was homeless over the period before she entered college. She still sees a therapist from the Seita program twice a week.

“With PTSD, it’s like living it all over again,” McNeil said.

During her seven years as a coach, Whitaker said she’s learned that support at a critical time can make all the difference.

She recalled another student who months ago found herself depressed, oversleeping and missing classes. Whitaker jumped on the problem, referring the student to one of the program’s therapists. Over several months, they met weekly in an office where the program is centered.

“It helped her learn how to access and deal with her depression. She texted me later – she aced her final. She made the dean’s list this semester,” Whitaker said.

Whitaker is also big on little boosts of confidence that she believes can steer a wavering student in the right direction. Each semester on the eve of final exams, she sends out a text to the two dozen students in her charge.

Her message last semester: “’Don’t give up when you still have something to give. Nothing is really over until the moment you stop trying.’”