Michigan has an obesity problem. That could make COVID even worse

Obese people are more likely to become hospitalized and die of COVID-19, and it’s not only because they often have other underlying health conditions, a growing body of research is finding. (Shutterstock)
December 16, 2021
Ted Roelofs
Michigan Health Watch
Coronavirus Michigan

Michigan Health Watch
Michigan has an obesity problem. That could make COVID even worse

Nearly two years into the COVID-19 pandemic, researchers are learning more about why so many obese people are hospitalized and dying from the coronavirus — and that could have big implications for Michigan.

Conventional medical thinking has linked higher COVID-19 deaths among the obese to underlying health conditions like diabetes and heart disease and low-level inflammation tied to obesity. But that never fully explained why a vast majority of those hospitalized with the virus are overweight.

A study by Stanford University researchers offers new clues. It found that the virus penetrates fat cells, which can act something like a COVID-19 storage tank ─ and trigger a potentially fatal immune response in the body. While not yet peer reviewed, the study may shed light on why overweight patients are so vulnerable to the virus, as well as why some younger obese patients with no other health risks are hospitalized with COVID-19.

More than a third of Michigan adults are obese, 35 percent, and experts say the research underlines a critical need to address a health problem that crosses all demographies — but afflicts minority communites even more.

The percentage of obese Hispanic and Black adults in Michigan is higher than white adults — 43 percent and 42 percent, compared to 34 percent.  At the same time, the death rate from COVID-19 for Black Michiganders ─ likely due to a host of factors including lack of access to health care and exposure to the virus on front-line jobs — is about 45 percent higher than for whites.

“The focus on obesity is one that should be a major concern. Even before the pandemic, it was an epidemic health issue,” said Bridget Hurd, chief diversity officer at Blue Cross Blue Shield of Michigan. Hurd is also a member of the Michigan Coronavirus Task Force on Racial Disparities, convened in April 2020 by Gov. Gretchen Whitmer. 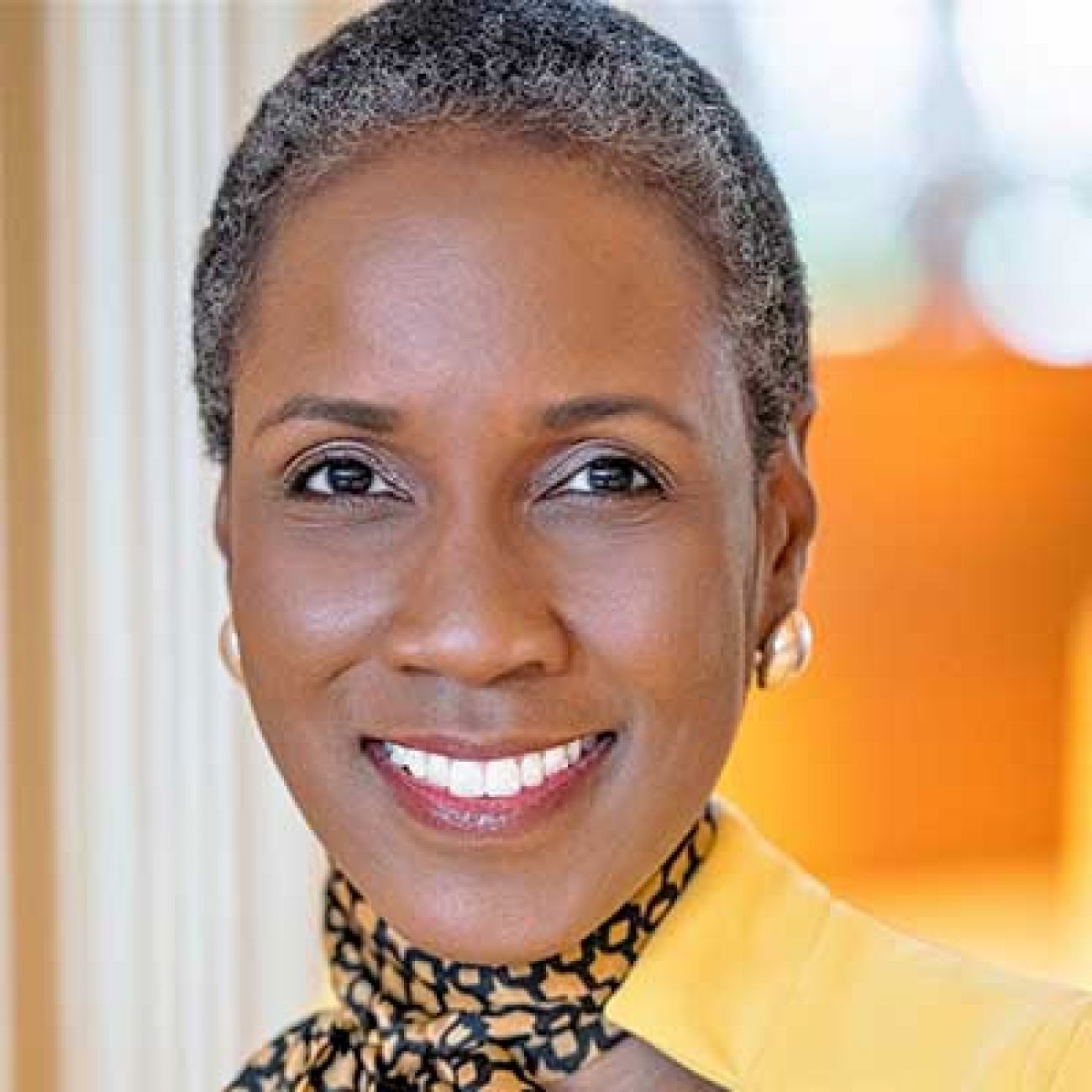 In 2020, 50 pecent of the nearly 150,000 adults hospitalized with COVID-19 were obese, while another 28 percent were overweight, according to the U.S. Centers for Disease Control and Prevention. It defines overweight as anyone with a Body Mass Index of 25 to 29.9, while 30 and over is obsese.

Amplifying that finding, a global study of the first year of the pandemic concluded that the vast majority of COVID-19 deaths occurred in nations where most residents were overweight. According to the report by the World Obesity Federation, 88 percent of deaths due to coronavirus were in countries where more than half of the population is classified as overweight, including the United States, the United Kingdom and Italy.

The report found that obesity is the second-biggest predictor of hospitalization with COVID after old age.

Dr. David Kass, a Johns Hopkins University professor of cardiology who has researched the role of severe obesity in heart disease, said he saw early red flags for obesity and COVID-19 as he watched the Maryland hospital fill with coronavirus patients in the spring of 2020. 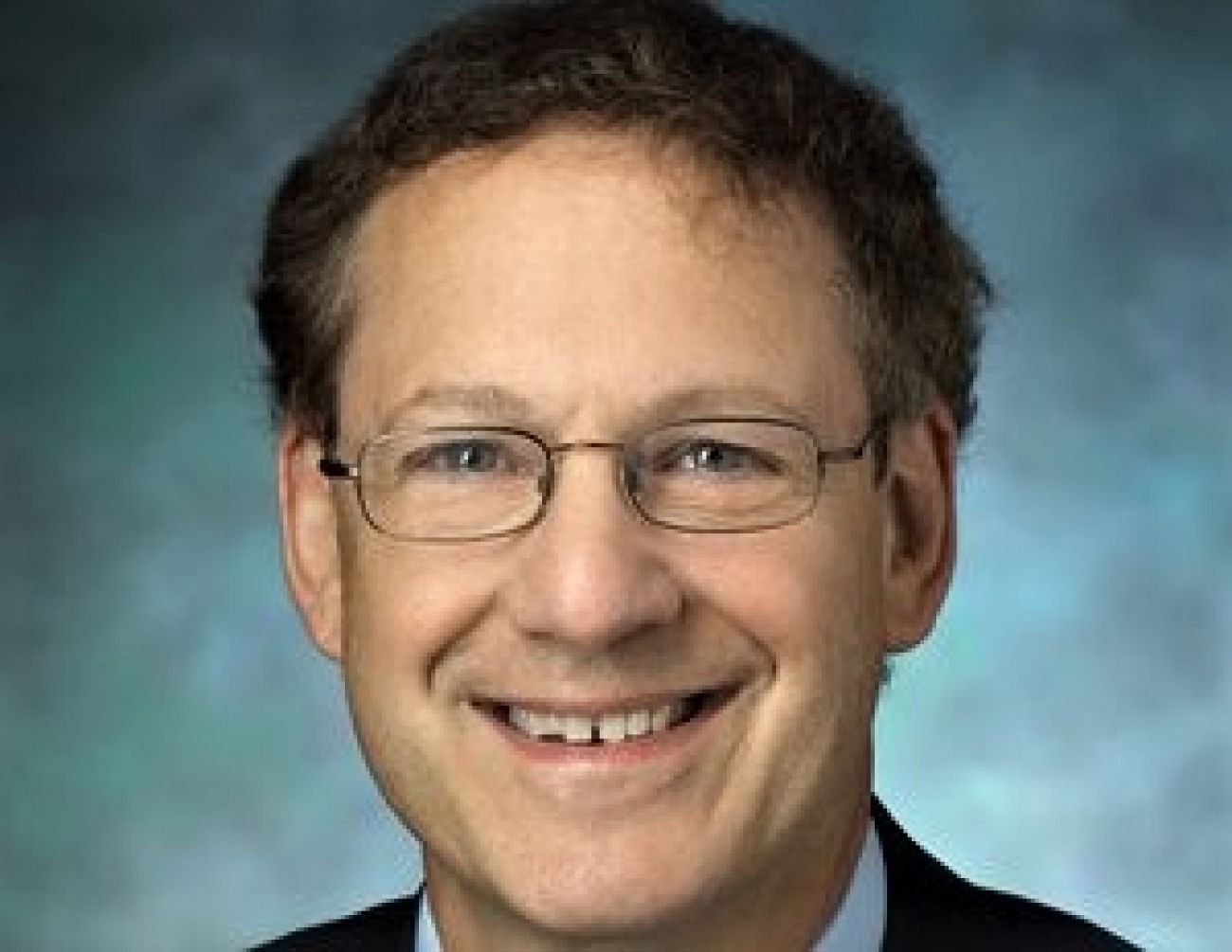 “They were younger than they were supposed to be and they were mostly obese,” Kass told Bridge Michigan.

Kass said he considers the Stanford University study an important step toward understanding the link between obesity and COVID-19 ─ revealing how fat cells and pre-fat cells can trigger a storm of inflammatory proteins called cytokines that cause organ damage and may be fatal in some patients.

“To have your fat as a giant depot and also be turning into kind of a pro-inflammatory incubator, releasing more cytokines that get circulated and that hurt all sorts of cells throughout the body, that’s not good,” he said.

The most obvious treatment — weight loss — has proven elusive, Kass said, as the number of states with obesity rates of at least 35 percent nearly doubled since 2018. Michigan’s adult obesity rate has climbed by 40 percent in two decades, from just under 25 percent in 2001, to more than 31 percent in 2011 to 35 percent today.

Disparities and efforts to help

In these “food deserts,” low-income residents turn to fast foods and sugary drinks that are a pathway to obesity. Obesity in turn is tied to a variety of health conditions including heart disease, Type 2 diabetes, high blood pressure, cancer and stroke.

Hurd said education is a key step toward a solution, adding: “If we can figure out how we can truly educate people about the nutrients they need in their body – it’s just something we have to assert.”

The program has targeted childhood obesity since 2009. Established by Blue Cross Blue Shield, it has numerous partners and uses state, federal and private funds to educate children on the benefits of physical activity and nutrition in K-12 schools, with a focus on reducing health disparities in elementary students. It has helped more than 450,000 students.

Such interventions can help curb obesity, said Nate McCaughtry, director of the Center for Health and Community Impact at Wayne State University, a partner in the collaborative.

He pointed to a 2018 study of 628 southeast Michigan fifth graders that found that such interventions “led to significant differences in obesity levels, regardless of age, sex, or race.”

Wayne State also partnered with the Detroit Food Policy Council, this year on the Great Grocer Project that encourages independent and family-owned Detroit supermarkets to promote and carry healthy foods.

“Grocery stores are a key resource,” said Rachael Dombrowski, a Wayne State professor of community health education. “That’s our main goal, to reduce obesity and to improve eating habits for the community.”

In west Michigan, the YMCA of Greater Grand Rapids is taking measures to help put fresh fruits and vegetables on the shelves of corner stores like Miss Tracy’s Liquor Store near downtown Grand Rapids. 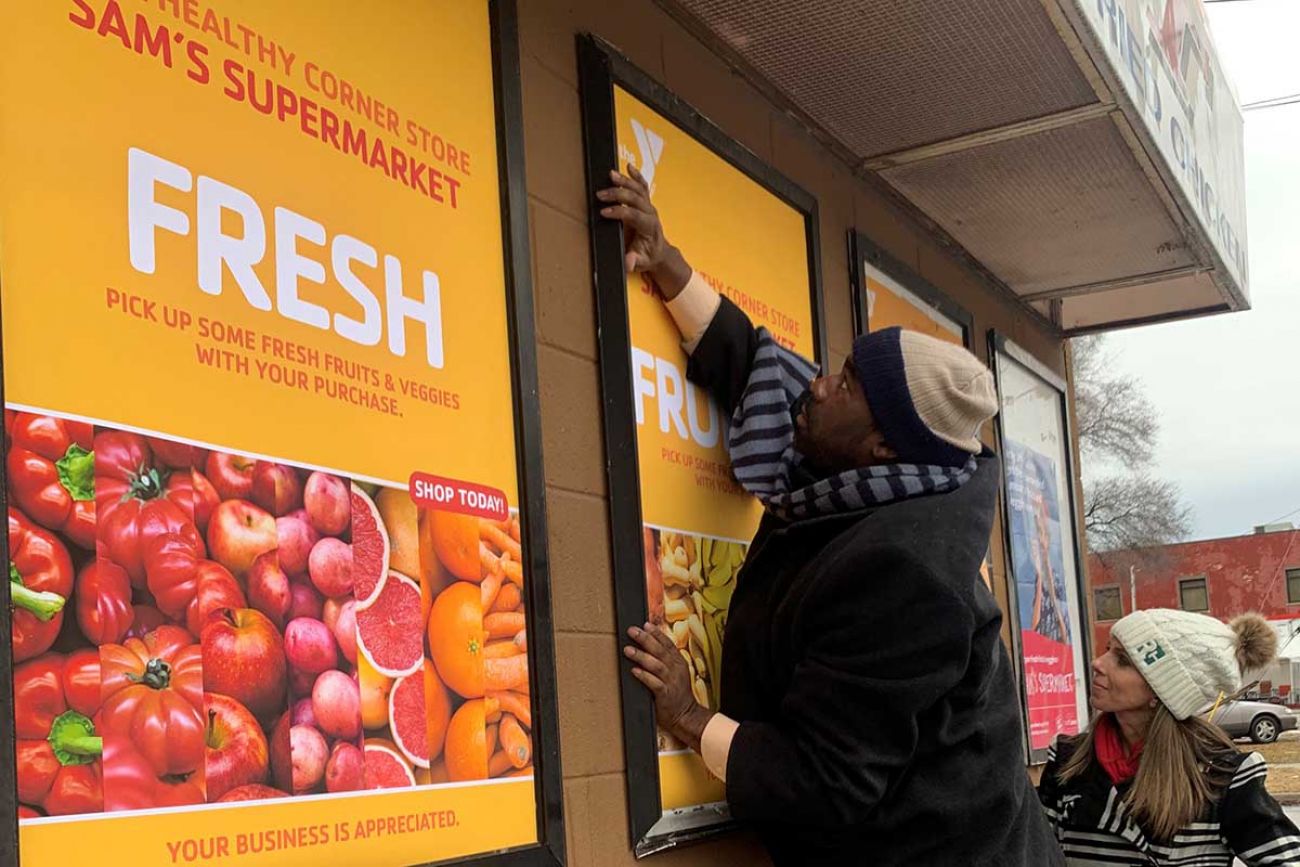 Called Healthy Corner Store, the initiative aims to connect small-scale local growers and distributors with urban corner stores to increase the fresh fruits and vegetables available to families in Grand Rapids. It parallels a similar project launched in Pennsylvania in 2004 by the Food Trust, a Philadelphia-based nonprofit.

“There’s always these certain locations in food deserts where it’s a challenge to access fresh fruits and vegetables within a reasonable walking distance or a reasonable bus ride,” Cecily McCabe, the YMCA’s communication director told Bridge.

More than seven years ago, the Citizens Research Council of Michigan, a Lansing-based nonprofit research organization, issued a detailed analysis of obesity, its causes and consequences for the state.

Despite the array of ongoing measures taken since then to reverse its climb, the nonprofit’s warning could be issued in bold typeface word-for-word today.

“Michigan has a weight problem,” it stated, adding: “The economic and health consequences are severe.”