When her endometriosis flares up, “it feels like a T-rex in my abdomen trying to claw his way out,” said Lyndsey Crosbie.

And that’s why, when the disorder is at its worst, the Dearborn woman needs painkillers.

But last year, when Crosbie, a doctoral candidate in physical therapy, stopped by her pharmacy to pick up a new prescription for Celebrex, her insurance initially denied her coverage. She was instructed to try at least a half-dozen less expensive medications first, a process known as step therapy.

But Crosbie’s doctor had prescribed her Celebrex specifically, trying to sidestep allergic reactions she had developed to the other drugs.

She scanned the list, startled that her insurer would second-guess her doctor’s medical expertise.

Now, some doctors want Michigan’s law changed to limit, or at least dramatically speed up, the process called prior authorization, an insurance requirement by which doctors must receive prior approval for services or  medications before a patient’s insurer will cover them.

Insurers say prior authorization controls medical costs and protects patients from questionable medications, tests and procedures. Physicians counter that the process delays medical care for patients, second-guesses their medical expertise, and eats up staff time, which adds its own costs to the business of health care.

At times, it endangers lives, said Dr. Bobby Mukkamala, president-elect for the Michigan State Medical Society, who also sits on the American Medical Association’s Board of Trustees.

“By the time [patients] come to me, they’ve been on five courses of antibiotics,” said Mukkamala, an ear, nose and throat specialist in Flint. “They’ve missed work. They have a headache.”

The logical next step is a CT scan to search for tumors or blockages, but the scans routinely are put on hold as doctors and patients wait for a go-ahead from the insurer, he said.

“This is something that comes up in my office no less than five times a day,” he said.

Legislation proposed by Sen. Curt VanderWall, R-Ludington, chairman of the Health Policy and Human Services Committee, would require insurers to: 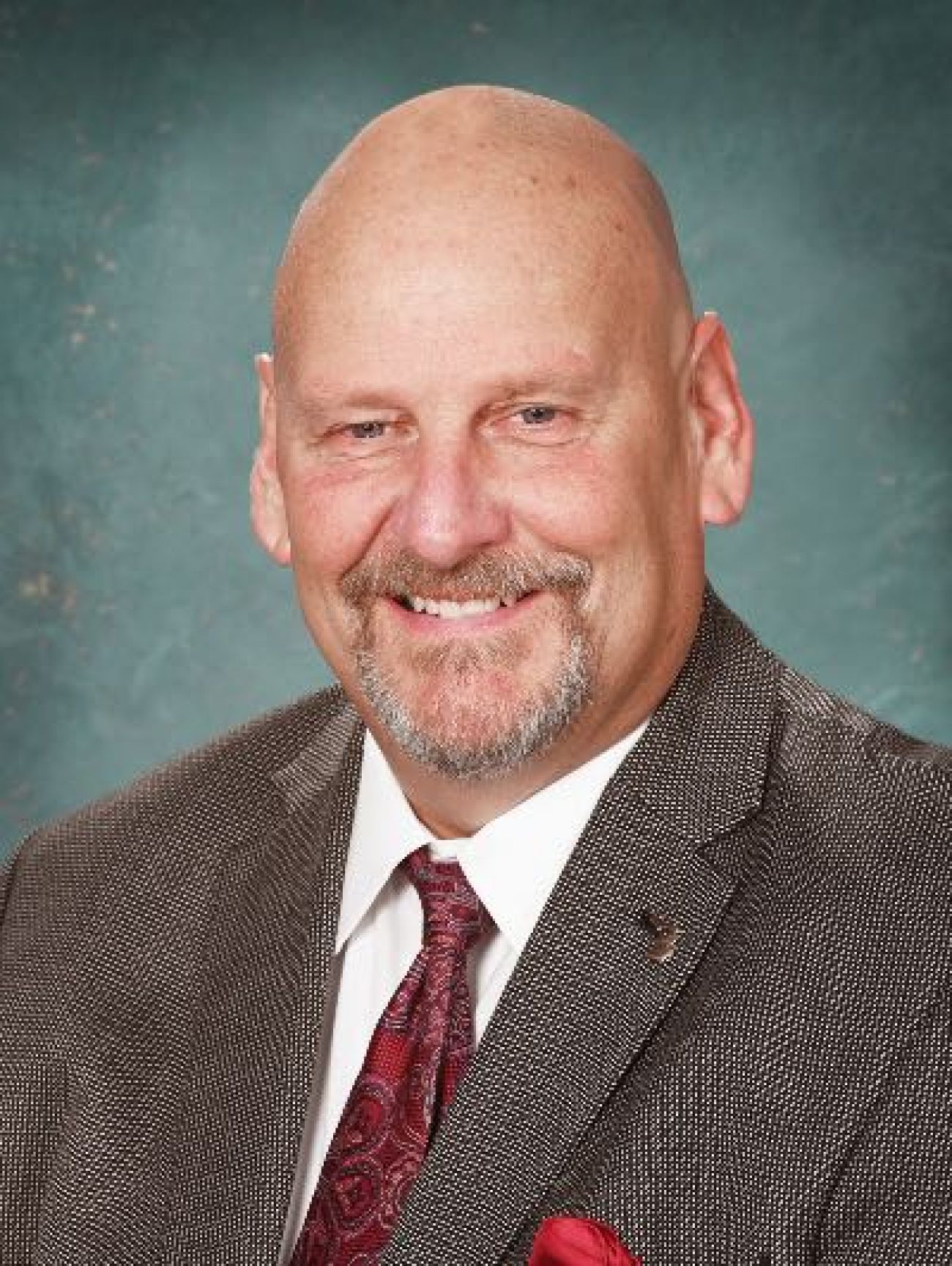 Even if the medical condition doesn’t seem urgent, prior authorization often means a return trip to the doctor — an unnecessary hassle, especially for patients who don’t have reliable transportation or who live in rural or medically underserved areas, he said.

For people with ready access to a hospital prior authorization isn’t necessarily a big inconvenience, said VanderWall, who owns a lawn and pest control business. “But if you have a 2½ hour drive, that can be a real problem.”

Frustration over prior authorization is neither new nor unique to Michigan.

A 2018 survey by the American Medical Association of 1,000 physicians found that office staff spend 14 ½ hours each week to process 29 requests for prior authorization for each doctor. About half the requests are for medical services, while the other half are for prescriptions, the survey found.

Nine in 10 doctors reported prior authorization paperwork has risen in the last five years, with most saying it has “increased significantly.”

The AMA, which has produced videos lamenting delays in care caused by prior authorization, estimates that state legislators around the country have introduced at least 85 bills this year trying to address concerns, and some states already had passed limits on prior authorization. Some limit the time for answering requests; others require standardized request forms.

Earlier this year, Congress took up the debate too, hearing from Blue Cross Blue Shield of America and America's Health Insurance Plans, which argue that prior authorization helps protect patients by reining in unnecessary medical spending — something that a study in October, published in the Journal of the American Medical Association (JAMA) estimated to be between $760 billion to $935 billion each year and accounting for approximately 25 percent of total health care spending.

Blue Cross Blue Shield of Michigan has paid $35 million in initial costs on  new gene therapies, plus $8.5 million in ongoing costs for just 56 patients, according to an email from Blue Cross to Bridge Magazine.

That’s not to argue that experimental or expensive therapies are wasteful or not working.

However, “without drug price legislation to moderate these extreme costs, and with our customers continuing to struggle with health care costs, we have a responsibility to double-check on whether prescriptions for these treatments are appropriate,” Dr. Marc Keshishian, senior vice president and chief medical officer for Blue Care Network, said in the email.

The insurer usually answers prior authorization requests in less than 48 hours and approves about 90 percent of those requests, Keshishian said.

Jeff Romback, deputy director of policy and planning of the Michigan Association of Health Plans, which represents the state’s largest insurers except for Blue Cross, was part of a 15-minute Facebook video recently explaining the need for prior authorization.

“Our plans have a duty to ensure every premium dollar is best spent to deliver the care needed at the right time, right place, and cost in light of best practices and evidence of effectiveness,” he wrote to Bridge.

Other insurers have said prior authorization offers a check on practices that have lead to opioid addiction, including the overprescribing of pain drugs.

In January, 2018, AHIP and Blue Cross signed a consensus statement with the AMA and the American Hospital Association and others, vowing to limit prior authorization requirements.

Earlier this week, as Bridge Magazine reported, the state stopped requiring prior authorization for medications used to treat opioid use disorder; part of an effort to ensure that people with addictions received prompt access to life-saving drugs.

VanderWall’s legislation, which most likely will be taken up at the beginning of the new year, will pit the state’s largest doctors’ groups against its insurers. 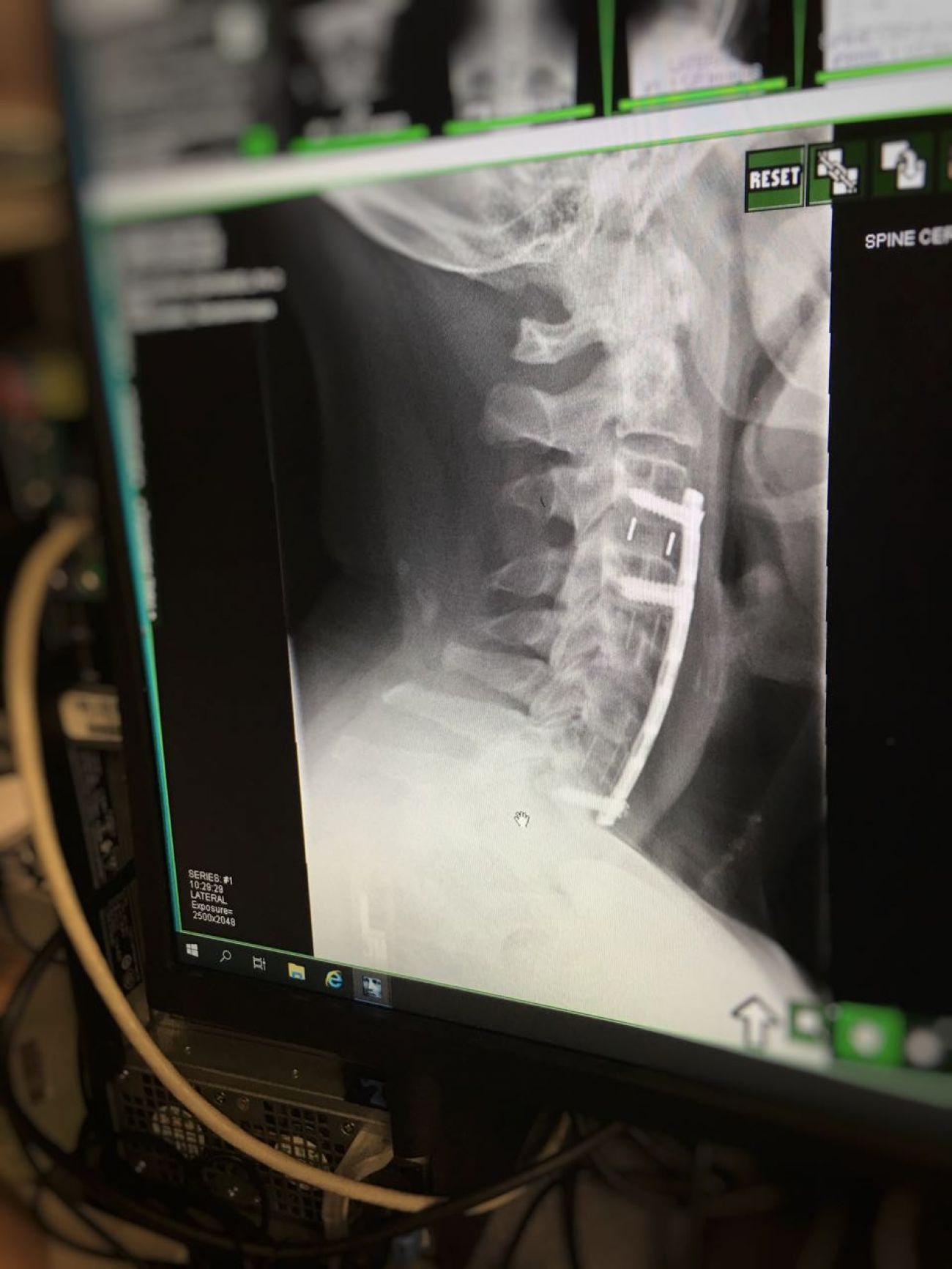 “I don’t know that there was a specific event, I think that it’s more that it’s hit a tipping point,” said Matt Black, legislative liaison for the Michigan Academy of Family Physicians.

The MAFP is part of a coalition called Health Can’t Wait, made up of more than three dozen physicians’ groups and patient associations, such as the American Cancer Society Cancer Action Network. The group advocates for limits in prior authorization. It’s website featured Crosbie’s story, along with several others.

“People are looking at the health care system as broken … and this is one of those cases-in-point,” Black said.

The case for “prior auth”

Black and others agree with insurers that prior authorization has a role, especially for experimental services or drugs or when the best course of treatment isn’t clear.

“We want to find a middle ground between physicians who want prior authorization not to be a barrier to patient care and insurers who want to make sure doctors aren’t ordering (medical services) that shouldn’t be ordered,” said Dr. Mark Fendrick a primary care physician and researcher who studies the quality and cost of medical care as director of the Center for Value-Based Insurance Design at the University of Michigan.

Focusing prior authorization efforts mainly on the most expensive services — instead of those that do not provide clinical benefit — is misguided, he said. He argues that insurers should pay more attention to services with less medical value, such as Vitamin D testing or preoperative testing for routine eye surgery.

More than 40 professional clinical organizations, under the auspices of The American Board of Internal Medicine Foundation’s Choose Wisely Campaign, have identified hundreds of services that offer little or no value to patients, many of which are not subject to high level scrutiny by insurers, Fendrick said. 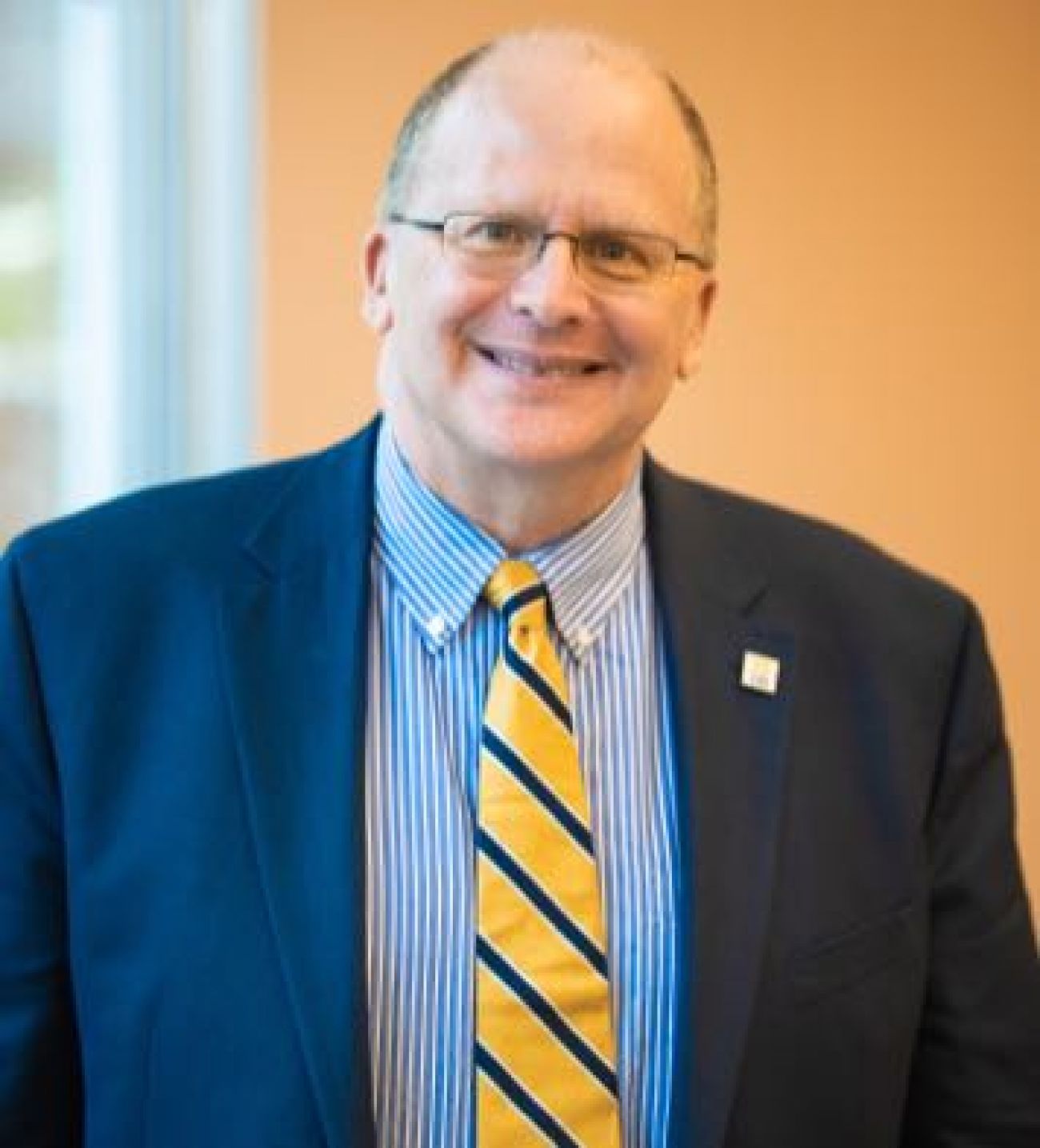 Both groups — doctors and insurers — pay more for staff to work through the red tape, said Joan Cramer, executive director at the Saginaw County Medical Society.

“I’m all for not wasting dollars. There are cases where (prior authorization is) necessary,” she said. “If you come in to the ER because you have been raking leaves and your back hurts, I can see why you shouldn’t get an MRI.”

But prior authorization, she said, nearly killed her husband, Craig, who makes engine blocks and other parts for GM’s Chevy pick-up. The Spaulding Township couple, like the physical therapy student, Crosbie, shared their story on the website, www.healthcantwait.org.

In late 2016, pains began shooting through Craig Cramer’s neck, shoulder and wrist — once so badly he said he was unable to turn his steering wheel on the way home from work.

In 2005, Craig had a cervical fusion surgery because of pain and numbness that stretched from his neck to his limbs. At the time, a neurosurgeon told him that follow-up surgeries most likely would be needed as he aged. But when he went to the emergency room after two particularly bad days in 2016 and 2017, and later to his primary care doctor who ordered an MRI, he said his insurer instructed him to go to physical therapy first.

Because the pain came and went, physical therapy couldn’t pinpoint what to do — sending him in a sort of “limbo” as the pain disappeared and surged, coming back stronger each time. 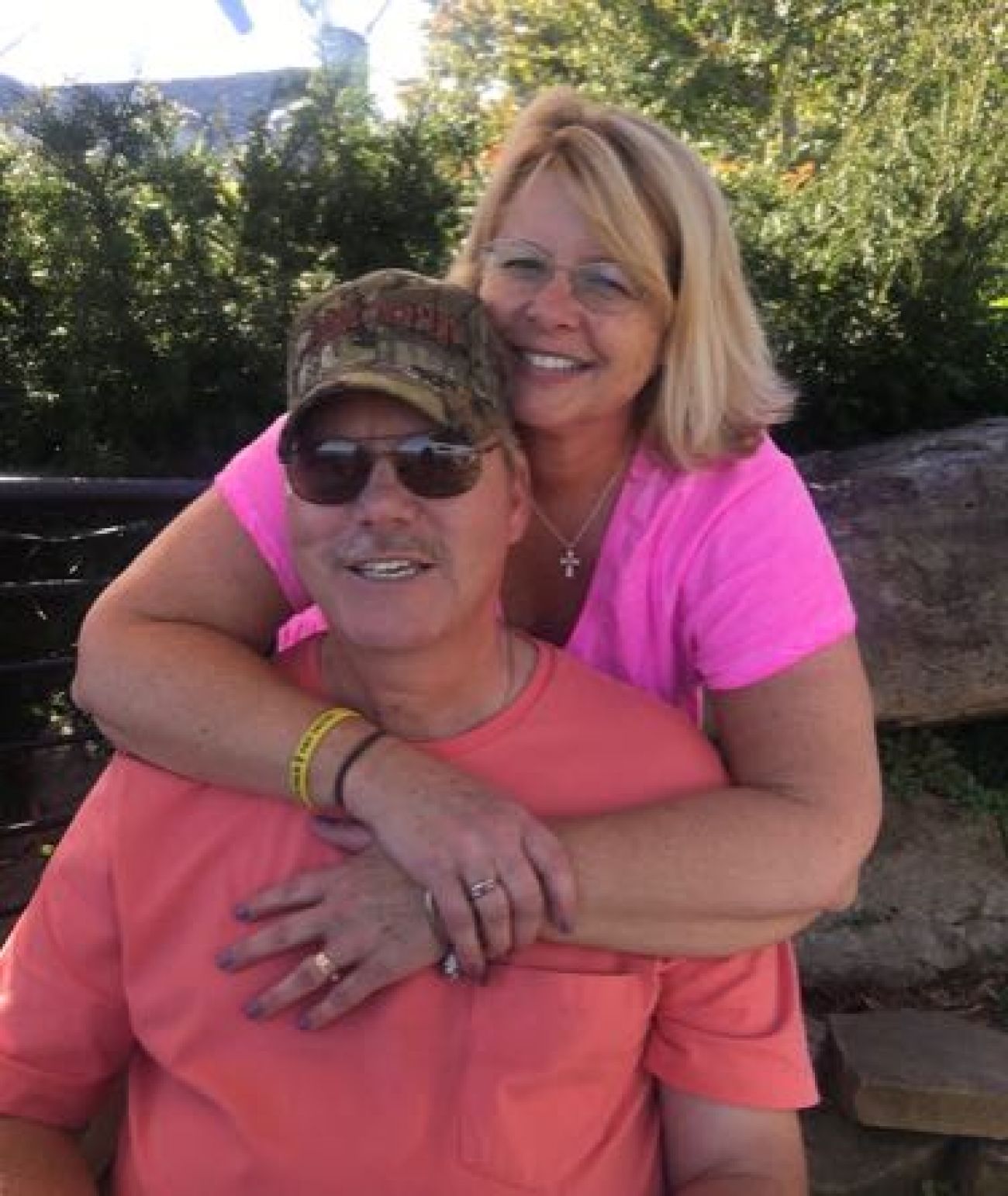 When he finally went in for an MRI, he said the insurer had approved an MRI only on his lower back rather than on his neck. Less than a week later, Cramer said, he awoke unable to stand.

Surgeons would open Craig Cramer’s cervical spine to decompress the cord and fuse the vertebrae in his neck with a titanium plate and screws — extreme measures that the Cramers said could have been avoided if the MRI had been ordered earlier to find a less invasive way to alleviate pain and reduce inflammation.

He was off work for an entire year for recovery. The couple said a surgeon told them Craig Cramer is lucky to be alive.

“The effort isn’t to take away prior authorization. There’s a time and place for it,” his wife said. “But for some of these conditions, you can’t wait."