For new Michigan moms with postpartum depression, where to turn for help

Michigan Health Watch
For new Michigan moms with postpartum depression, where to turn for help

In the spring of 2012, Lipscomb, a single mother, gave birth to a son, Caius — the name means “rejoice” in Latin. Then things began to go south.

“When he was born, I blacked out. I remember saying, ‘I don’t feel so well.’ I think I lost too much blood.”

Discharged from the hospital, Lipscomb said she returned a few days later after a visiting nurse noted high blood pressure readings. She was back home a day or so later after a blood transfusion.

Lipscomb, who now works as engagement manager for a nonprofit Grand Rapids neighborhood advocacy organization, said she realized she had likely descended into postpartum depression.

It’s a condition that overwhelms about 15 percent of new mothers, across all spectrums of income and race. But research shows that rates may double  among poor mothers and racial minorities, who are less likely to seek or get mental-health assistance.

Lipscomb, who is African American, said she didn’t reach out for mental health assistance. “In a lot of African-American communities that’s not something you do,” she said. “You just kind of push your way through.” 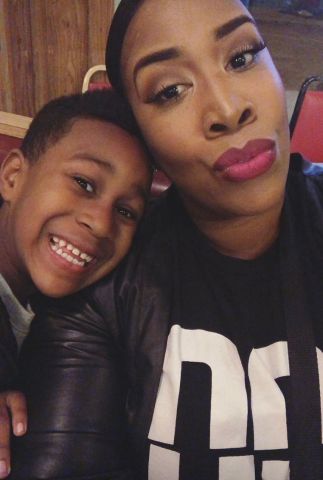 That’s backed by findings that black and Latino women are about half as likely to seek out postpartum mental health care as white women — and less likely to receive follow-up treatment if they do initiate care.

That can affect not only the mother but the child, with one analysis noting that the condition “can extend into toddlerhood, preschool age and even school age.”

Dr. Maria Muzik, who runs the Zero to Thrive program at the University of Michigan, which connects vulnerable families with young children to mental health care, said many new mothers wall off feelings of depression from family and others because they run counter to the common expectation that motherhood should be time of celebration. 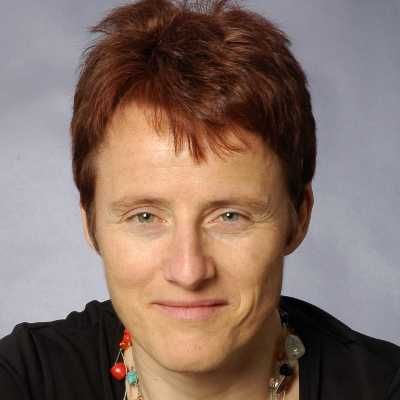 “It’s a feeling of shame and guilt,” said Muzik, a clinical psychiatrist. “Everyone is telling me that motherhood is just great. I should be happy.”

But it may be that mothers who are racial minorities are even more reluctant to report feelings of depression because some fear that will prompt child welfare workers to remove their child from their home, a possible byproduct of the disproportionate share of racial minority children in the foster care system. In 2017, 27 percent of Michigan foster care children were black, while they made up just 16 percent of the state’s overall population of children.

Still much to learn

It’s unknown why some women develop postpartum depression and some don’t.

Many researchers link it to the hormonal roller coaster of pregnancy and childbirth, as levels of estrogen and progesterone rise steeply in pregnancy, then fall off after birth. It’s thought these abrupt hormonal shifts — along with changes in blood pressure and metabolism — may trigger postpartum depression.

Mothers with previous mental health episodes or who have family members with depression or other mental health issues are also more likely to develop postpartum depression.

Poverty itself — with all the social stresses it brings: in some cases, violence in the home, or neighborhood, income insecurity — adds another risk factor for depression, as poor mothers, even those with older children, report rates of depression as high as 35 percent.

And it can threaten the life of the mother.

About 20 percent of women diagnosed with postpartum depression experience thoughts of suicide, which accounts for about a fifth of postpartum deaths and is a leading cause of mortality in postpartum women.

In 2015, a Kent County mother who had been dealing with postpartum depression left on Christmas afternoon with her two young children, headed to a Starbucks, she told her husband. They never returned.

The difference between ‘baby blues” and postpartum depression

Sheriff’s deputies found Sasha Hettich the next morning in a remote area lying outside her car, the engine running, dead from a self-inflicted gunshot wound. Her 3-year-old daughter was lying on her body. Her 5-month-old son was buckled inside the vehicle. Both children were treated for hypothermia and released.

Cody Hettich said his wife struggled with postpartum depression in the months after the birth of their son.

How other states screen, provide support for postpartum depression

“We are screening more mothers, but there is room to grow. We are not there yet.”

How other states are helping moms with postpartum depression

Health officials in several states are taking more active steps to help new mothers who might be suffering from postpartum depression. Here are programs in four of the states:

In Massachusetts, a majority of OB-GYNs are enrolled in a program launched in 2014 that holds training sessions for physicians, midwives and nurse practitioners to help identify symptoms of depression in pregnant and new mothers.

Called the Massachusetts Child Psychiatry Access Program for Moms, it also runs a helpline for physicians to connect with psychiatrists for advice on how to treat mental health issues in these patients and links patients to mental health and other support.

Officials say three-fourths of Massachusetts OB practices are enrolled in the program, covering about 80 percent of deliveries.

In 2019, Chicago’s Department of Public Health launched a free nurse home-visiting service for families with newborns. Called Family Connects Chicago, it was available initially at four hospitals. Officials plan to expand the service to all Chicago birthing hospitals within five years.

Registered nurses conduct home visits three weeks after birth and conduct a health assessment of mother and baby, including weight checks, tips for safe sleeping and feeding, along with anxiety and depression screening. Parents are offered enrollment while recovering in hospital rooms after birth.

New York City just started a $43 million maternal and childhood initiative in which every first-time parent is eligible for up to six home visits from health care professionals.

Called the New Family Home Visits initiative, it begins with a $9 million outreach in Brooklyn before spreading to the rest of the city by 2024. At-home visits offer screenings for anxiety and postpartum depression and connect mothers to appropriate mental-health services. The city already mandates maternal depression screenings at all public hospitals.

Still, there are initiatives within Michigan that can make a difference:

Seeking to close the treatment gap, the University of Michigan launched a program in 2012 that offers free psychiatric telephone consulting services to health care providers anywhere in the state, including physicians providing care to mothers after childbirth.

Preliminary analysis of the program found that it enrolled just under 500 primary care providers between 2012 and 2019, serving 735 women in 31 of Michigan’s 83 counties. That reaches only a sliver of the potential need, given that mothers gave birth to more than 110,000 babies in Michigan in 2018 alone.

“It’s underutilized. We need to roll it out even bigger,” said Muzik, who directs U-M’s post-birth psychiatric service program.

At Michigan State University, psychologist and researcher Jennifer Johnson is leading a $3.9 million five-year federal study of basic educational support for pregnant low-income women that has been found to be effective in preventing postpartum depression.

The program typically offers four sessions during pregnancy and one postpartum that can be delivered in groups or one-on-one by nurses, midwives and others trained in the course.

Classes teach women how to recognize postpartum depression, stress management skills and how to resolve conflicts common around childbirth. It’s now in use in 90 clinics around the country and will be evaluated for what kind of technical assistance clinics need to make it most effective.

“We know that this works,” Johnson said.

In Grand Rapids, Carrie Kolehouse is executive director of MomsBloom, a nonprofit organization formed in 2008 that provides social and emotional support for parents of newborns in Kent County.

Kolehouse knows from her own experience how postpartum depression can engulf a new mother’s world. Ten years ago, she gave birth to the first of her two children, a son.

“I expected I was going to be very happy and joyful that the baby had been born. Instead, I felt overwhelmed and disappointed. I felt an inexplicable feeling I wasn’t doing it right. I would cry uncontrollably and not be able to calm down myself if I couldn’t calm him.”

Frightening thoughts flickered through her mind.

“I would have thoughts that something really bad happened to my baby or me doing something bad to my baby. I would be at the beach and thinking that I would just walk into deep water and drown.”

Kolehouse got help from an unexpected source: A woman who came to her home about six weeks after she gave birth as part of a breastfeeding support program.

For the first time, Kolehouse found herself able to confide in another person what she was going through.

“I was in denial. I wasn’t really talking about how I was feeling. But suddenly, the truth came out of me to this woman. She said she was not a doctor, but said you really should call your doctor.”

Kolehouse did as she was advised. She began seeing a therapist

“I started taking medication. I practiced meditation, prayer and exercise.”

MomsBloom recruits, trains and matches postpartum volunteers with mothers who have asked for help. Volunteers visit families two to four hours a week, usually for up to 12 weeks of support. That can be anything from simple adult companionship, aid connecting to community resources, light housework or care for sibling or baby so the mother can get needed rest or a shower.

And while it does not provide direct mental health care, new mothers value its support.

For Latesha Lipscomb, the Grand Rapids mom, MomsBloom was a lifeline back to normalcy after the birth of her son.

“My mental health care was really the MomsBloom program,” she said.

She recalled that a program volunteer came to her home weekly, for nearly a year. Lipscomb said the steady emotional support offered by the group helped her climb out of that difficult time with her son, who is now 7 and thriving.

“Every woman needs a friend, a shoulder to lean and a listening ear,” she said. “You develop friendship and trust. I will always remember her and be grateful to her for what she provided for my child and myself.”