Ten unions representing nurses who work at McLaren Health Care hospitals in Michigan alleged Thursday that the hospital system has violated labor laws by withholding information about its finances and personal protective equipment.

Several locals filed complaints with the National Labor Relations Board alleging the hospital system violated collective bargaining agreements by withholding information from workers on the front lines of the coronavirus pandemic.

“The lack of transparency is outrageous. The McLaren health system is likely getting federal dollars while still paying its executives millions. The fact that they won’t share basic financial information with those of us working on the front lines makes you wonder if they have something to hide," said Christie Serniak, a nurse at McLaren Central hospital in Mt. Pleasant and president of the Michigan Nurses Association affiliate there

Detroit Free Press, Bridge Magazine and Michigan Radio are teaming up to report on Michigan hospitals during the coronavirus pandemic. If you work in a Michigan hospital, we would love to hear from you. You can contact Kristen Jordan Shamus atkshamus@freepress.com, Robin Erb at rerb@bridgemi.com or Kate Wells at Katwells@umich.edu at Michigan Radio.

According to the nurses' unions, McLaren,  which operates 14 hospitals in Michigan, sent them a letter May 15 in which it refused to provide requested information.

They wanted to know a couple of things from McLaren: how much money the hospitals received in COVID-19 grants from the federal government and details about the hospitals' inventory of personal protective equipment.

According to the nurses' unions, other health systems have shared this information with their employees.

On Monday, McLaren workers wore stickers to protest McLaren's refusal to provide the requested information. According to their unions, more than 5,000 stickers were distributed.

The unions previously called on McLaren's executive to cap their salaries at $1 million a year and invest the savings in front-line workers. They claim that would save the hospital system more than $8 million.

According to McLaren Health Care's tax returns filed with the IRS for the year ending September 30, 2018, McLaren's president and CEO, Phil Incarnati, earned total compensation of $6.9 million, which included a base salary, bonus, and deferred retirement earnings.  Five other executives at McLaren Health Care earned over $1 million in total compensation in that year.

McLaren's hospitals file separate tax returns with the IRS. The hospitals and McLaren Health Care, the parent organization, are required to file tax returns because they are tax-exempt organizations, and these returns must be made available to those who request them.

In April, McLaren's spokesman said 750 of its top leaders had taken a 2 percent pay cut. He did not immediately respond to a request for comment on Thursday.

According to the nurses' unions, McLaren executives also have not provided front-line workers with hazard pay or COVID-19 paid leave at the same level as other health systems.

They say the only way front-line McLaren workers  can get additional personal time off is if they test positive for COVID-19, which excludes those who need to look after sick family members and those who have had their hours reduced.

“While other companies have voluntarily provided employees with extra pay, employees who earn the least within the McLaren system are offered nothing while executives continue to earn million-dollar salaries,” Bill Sohmer, president of AFSCME Local 2650 representing over 900 technical employees, said in a statement released by the Michigan Nurses Association.

Nurses are among the health care workers in Michigan who have died of COVID-19, prompting federal and state occupational safety agencies to investigate these fatalities. 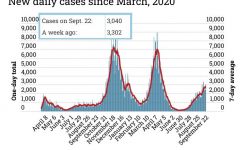 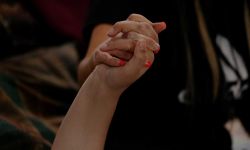