With the passing of Peter Pratt, the loss of a good and great man

Phil's Column
With the passing of Peter Pratt, the loss of a good and great man 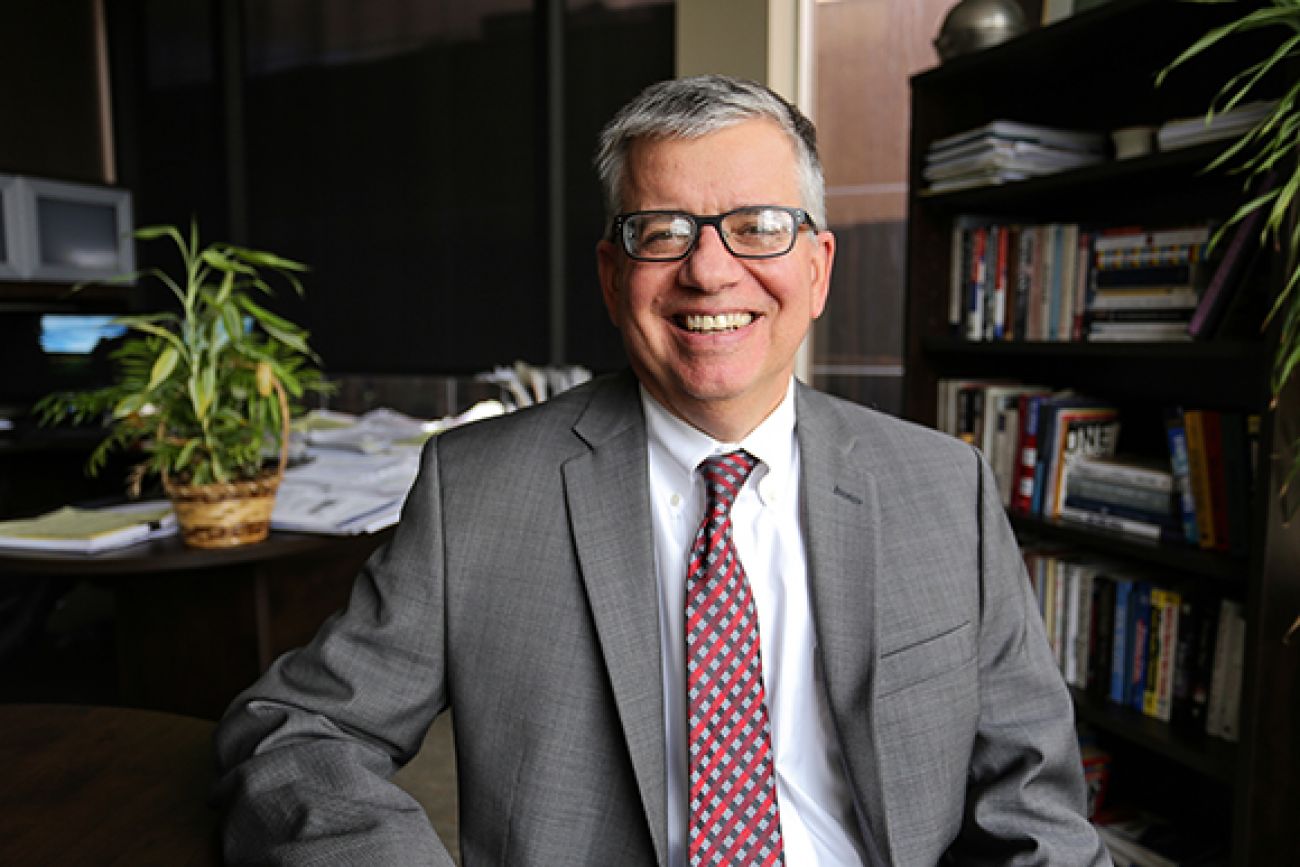 When I was younger, I used to attend international conferences held at Ditchley House, an enormous, stately 17th-Century pile near Oxford, England. Various heavyweights ‒ mostly English but often including Americans ‒ would gather in the beautifully appointed library to opine about various topics of international importance.

With the usual English sense of class consciousness, attendees were characterized as "the good and the great," by which was meant they were people of importance, distinction, gravitas.

I got to thinking about the good and the great when I attended the visitation in East Lansing for my dear old friend, Peter Pratt, who passed away last week. If there ever was anybody who deserved to be linked to the "good and the great" it was Peter.  But in life he was much, much more: Warm, caring, happy, endlessly enthused, by no means snooty or stuck up, the most loving of husbands and fathers.

Peter died at age 59, cut down in his prime by pancreatic cancer, a terrible killer that so often delays expressing itself until it's too late. His death is awful proof of an indifferent fate that so often carries off people of the greatest possible worth before their time. About 350 people stood at the visitation in shocked admiration and love to greet his wife, Linda, and daughter, Elizabeth, and offer testimony to the extraordinary breadth and depth of the man they wished to honor.

For Peter was not just a great guy. He ‒ and his career ‒ mark and define that group of rare people who make a different and better world for their having lived in it. He spent more than 30 years with his wonderful company, Public Sector Consultants, working with a group of extraordinarily able and dedicated people to make Michigan a better place. Over the years, PSC has been the place to go for high-quality, unbiased policy research.

Peter was passionate about early childhood schooling for young and vulnerable kids. It was his leadership that persuaded Gov. Rick Snyder and the legislature to sharply increase state support for the Great Start Readiness Program, Michigan's version of Head Start. Literally thousands of kids in the future will succeed in school, graduate and go on to productive careers because of Peter's work.

He applied his near-photographic memory, compelling voice and happy engagement to a prodigious range of subjects: health care, education, golf, travel, books and literature, sports, conversation and caring. With his short, salt-and-pepper hair, horn-rim glasses and quick smile, he brightened any room he entered. And his willingness to look straight through ideology to search out the facts and examine the evidence of what works made him over the years a necessary part of countless heavy-duty conversations in Lansing.

I know something about this, as for many years, Peter was one of the most important advisors for my nonprofit organization, The Center for Michigan. I doubt the Center and its online publication, Bridge Magazine, would be what they are without his constant, insightful, sometimes tough but always considerate input.

Plus, over the years that I worked with him, I never once heard him make a nasty or critical remark about anybody. His modesty and common sense reminded our mutual friend, Craig Ruff, to recall the supposed remark of Queen Victoria, when asked which English Prime Minister, William Gladstone or Benjamin Disraeli, was the smartest.

Over his life, Peter Pratt somehow made his friends believe in their skills and capabilities without ever pushing forward his own.

His passing reminds me powerfully of the all-too-small and now sadly diminished group of stakeholders in Michigan who spend many of their waking hours in trying to make our state a better place. All too often, they get buried in the swamp of fierce partisanship and disrespect.  Peter never succumbed to that fate. He remained true to himself, his family, and to the sanctity of his warmth and friendship.

Peter was without a doubt a good man. Those who were lucky enough to work with him know full well how great he was.

And how much we will miss him in the years to come.