HARBOR SPRINGS – The call came while she was on her way to Mexico for Thanksgiving 2016. Something had shown up on her mammogram. She needed to come see her doctor.

Five months later, Cynthia Shafer could be a Rorschach test for the nation’s health care debate.

Conservatives can look at the diminutive 57-year-old, curled up in an upholstered chair with her teacup Yorkie named Lady, and see a victim of Obamacare, forced to pay outrageous health insurance premiums for a high-deductible plan.

Progressives can look at the same woman and see a cancer survivor who might lose her insurance or pay even higher rates if the Affordable Care Act is repealed.

But health care isn’t an abstract political argument for Shafer. Yes, she voted for Trump. Yes, she’s lost some friends over it. A week seldom goes by without someone asking her with a smirk, “What do you think of your man Trump now?”

But to Shafer, health care is less about partisanship than pills and bills. High cholesterol pills.  High blood pressure pills. Prozac for depression. And a growing stack of bills for a lumpectomy and radiation treatments.

“I get bills from doctors I’ve never even seen,” Shafer said.

Shafer is among the 11 Michigan people and families Bridge Magazine is following throughout 2017 to try to understand – and pierce - the political bubbles in which they and many of us live.

She says doctors have told her they caught the cancer early and she will fully recover. Her health scare and her growing pile of bills give Shafer reason to be as partisan as anyone about the health care debate. But the Trump voter isn’t easily pigeon-holed into a left-right dichotomy, saying she both wants to blow up Obamacare and offer universal health care. 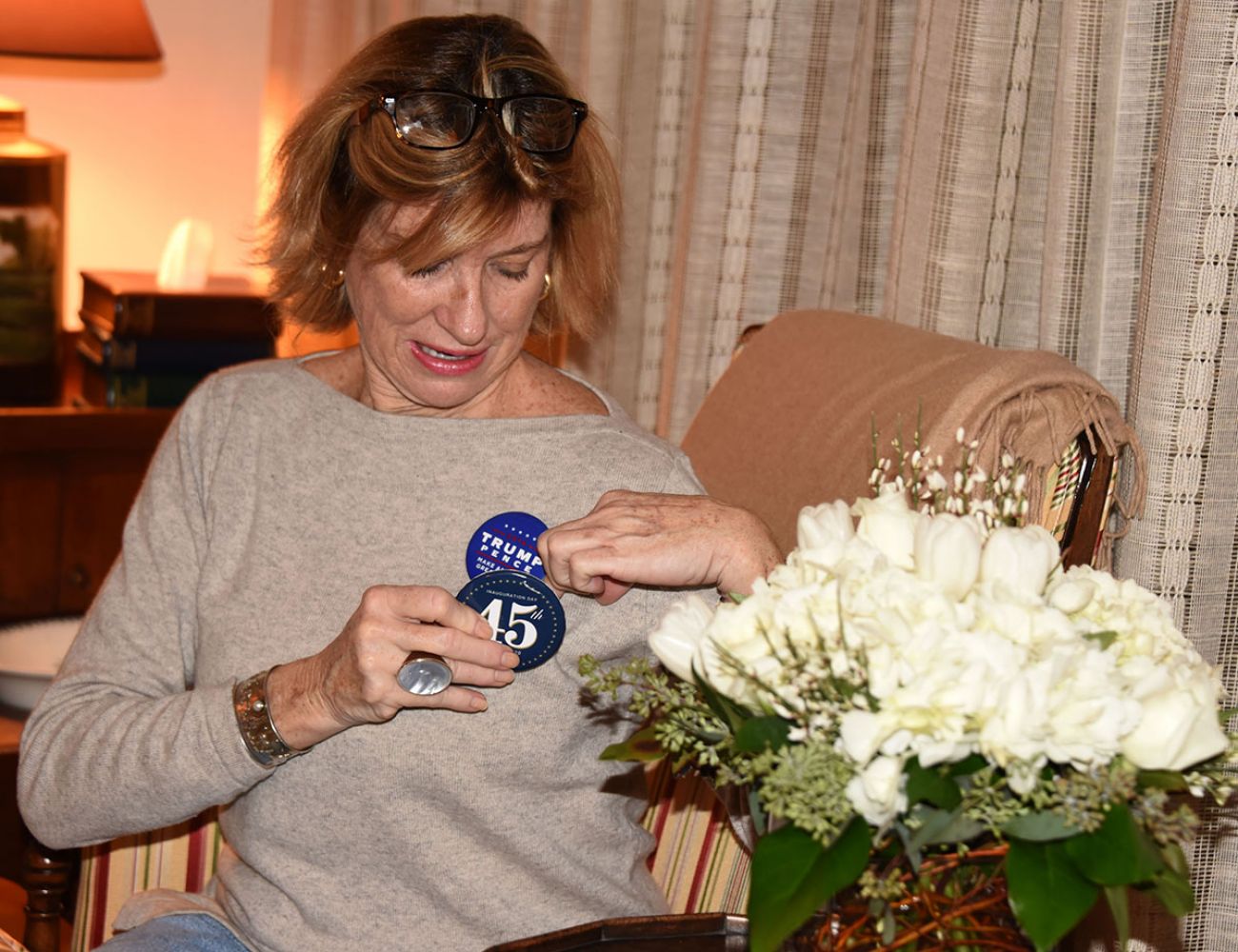 “No one is completely on the right or on the left,” she said. “We’re all kind of moderate on things. (But) nobody listens to anybody. There’s no empathy. No one wants to put themselves in someone else’s shoes. And the only people who are going to suffer are the children.”

‘God was watching out’

Shafer volunteers for several organizations in Harbor Springs. She’s an ardent environmentalist who, like many of her neighbors in Northern Michigan, rails against the aging Enbridge Line 5 pipeline that carries oil under the straits of Mackinac.

She laughs loud and often, admittedly not always at appropriate topics. That ability to laugh through good times and bad has come in handy over the years. She was an alcoholic, who kicked the addiction 11 years ago. She lost a six-figure job as a commercial insurance broker in Chicago when the economy tanked around 2010. She moved to Harbor Springs, where she has at times struggled to pay the mortgage with money earned managing the homes and affairs of busy friends.

Another financial hurdle looming in the future is her daughter’s potentially expensive wedding in September.

For a three-month stretch two years ago, Shafer opted not to be insured. “I just couldn’t afford it,” Shafer said. “It was insurance or the mortgage. I didn’t know if I’d be able to afford it again in a few months.”

As it turned out, she was able to sign up after just a few months, and was covered when her breast cancer was diagnosed.

“God was watching out for me because I got (insurance again) and then got (the cancer diagnosis). It was never my intent not to get it. But am I going to pay my mortgage or pay healthcare?”

Shafer is among the roughly 5 percent of Americans who buy health insurance on the open market, rather than getting insurance through their workplace, a government program such as Medicaid or Medicare, or through an ACA exchange. In most years, Shafer earns too much money to qualify for health insurance subsidies offered through the ACA.

Shafer met with Bridge on a March day when the Republican-controlled U.S. House of Representatives was planning to vote on repealing (and eventually replacing) the Affordable Care Act. Shafer wasn’t watching the news on the vote (which was postponed, then cancelled). She seldom watches or reads news, calling it a “black hole” and a “valley of despair.”

Still, she felt a personal connection to the debate. Her own health care costs (and lack of affordable healthcare options) is one reason Shafer said she voted for Trump last November. She doesn’t believe the Affordable Care Act has benefited her, though she also admitted she wasn’t sure how the ACA impacts the rates or coverage of her health insurance, a Blue Cross-Blue Shield plan she buys on the private market.

But here’s the wrinkle with Shafer’s opinion on healthcare and healthcare politics. Here’s where she defies dogmatic stereotypes. The Trump voter said she believes in universal health care. She said she even respects Hillary Clinton for fighting for universal health care back in 1993 during her husband Bill Clinton’s first term in the White House.

Liberals “have their hearts in the right place,” Shafer said.

Shafer said she realizes that a repeal of Obamacare takes the nation farther from universal health care, but that she thinks the current law has too many problems to fix. “I have friends who rehab old homes,” she said. “They say it’s easier to rip them apart and start over. 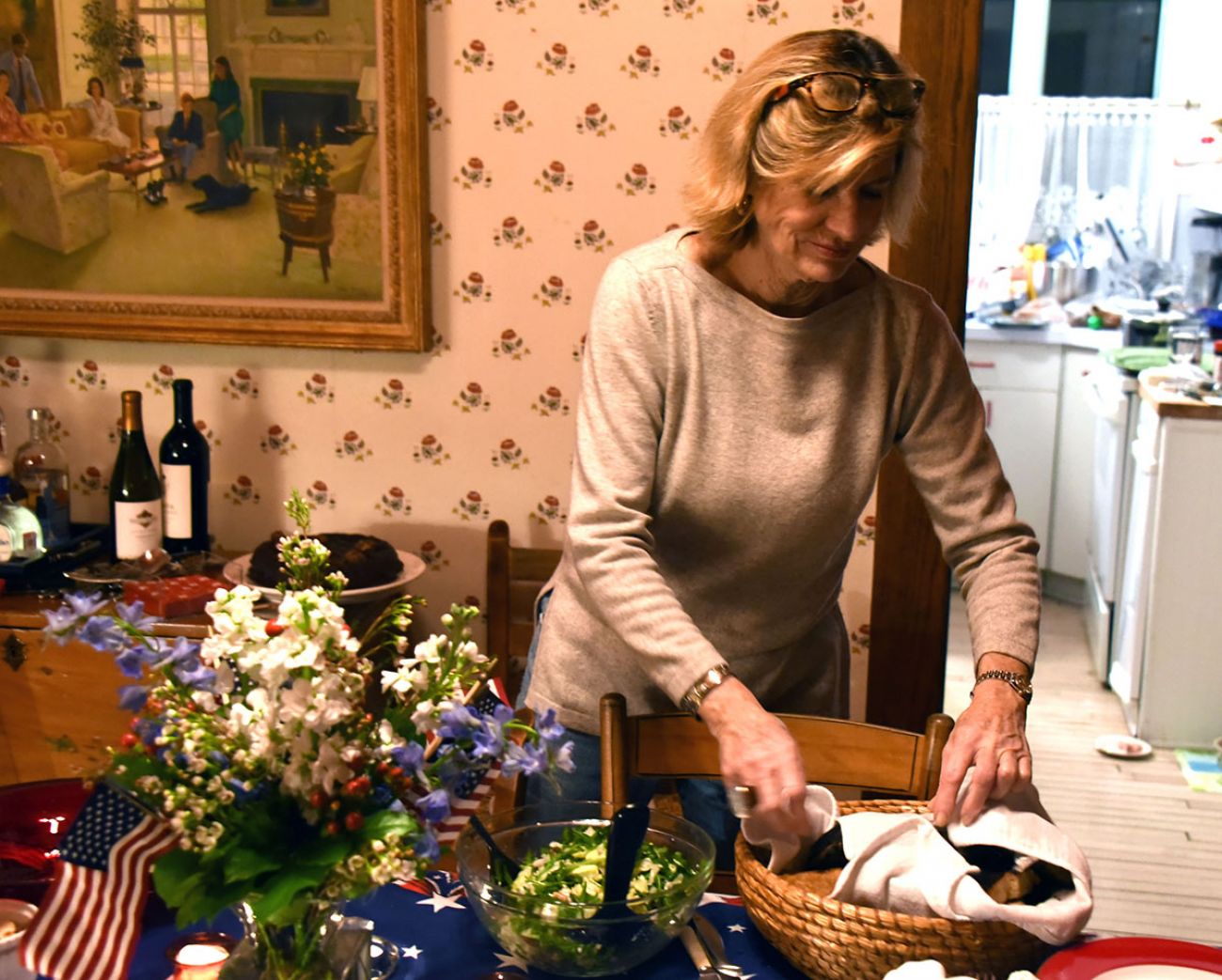 Shafer said she doesn’t see much hope in her employment prospects improving in Harbor Springs. She acknowledges that, at her age and with her health history, she probably shouldn’t go without health insurance. She said she may have to return to Chicago to look for a job.

She’d miss most her fireplace, her books and her friends. But she doesn’t think anyone owes her anything. She’ll make it on her own, one way or another. She recalls the words of her favorite song, the theme song of “The Doris Day Show” she watched when she was a child.

“Que Sera Sera,” was the song, Shafer said, whatever will be, will be.

It’s an attitude that has carried her through alcoholism and job loss and cancer, battles that make the current political skirmishes seem like waves on Zoll Street Beach, crashing in with a roar, then receding without leaving a lasting mark.

“I’m the luckiest person in the world to have had seven years here,” Shafer said. “It has been serene and tranquil. Not many people get this opportunity.”

And if she has to move back to Chicago to look for a job?