Lansing resident Garrett Clinard could be the poster child for the kind of spiraling prescription drug costs that have moved states from Maryland to Utah to try to curtail their price.

Clinard, 61, suffers from a rheumatic disease that attacks his joints, leading to episodes of shooting pain and chronic discomfort. He saw medication he took for it spike from $8.30 to more than $150 a month. He said he quit taking it in 2012.

“I couldn’t afford it anymore,” he said.

Related: How other states are fighting prescription drug costs

Now Clinard said he’s got chronic pain in his elbows, knees, shoulders and lower back that he rates it a constant “four” on a one-to-10 scale and has put him on disability after work that involved setting up retail displays, lugging around displays that weighed 72 pounds.

“If I would have been able to take my medication, I would still be able to go skiing,” he said. “I’d still be working. I’d still be walking my dog.” 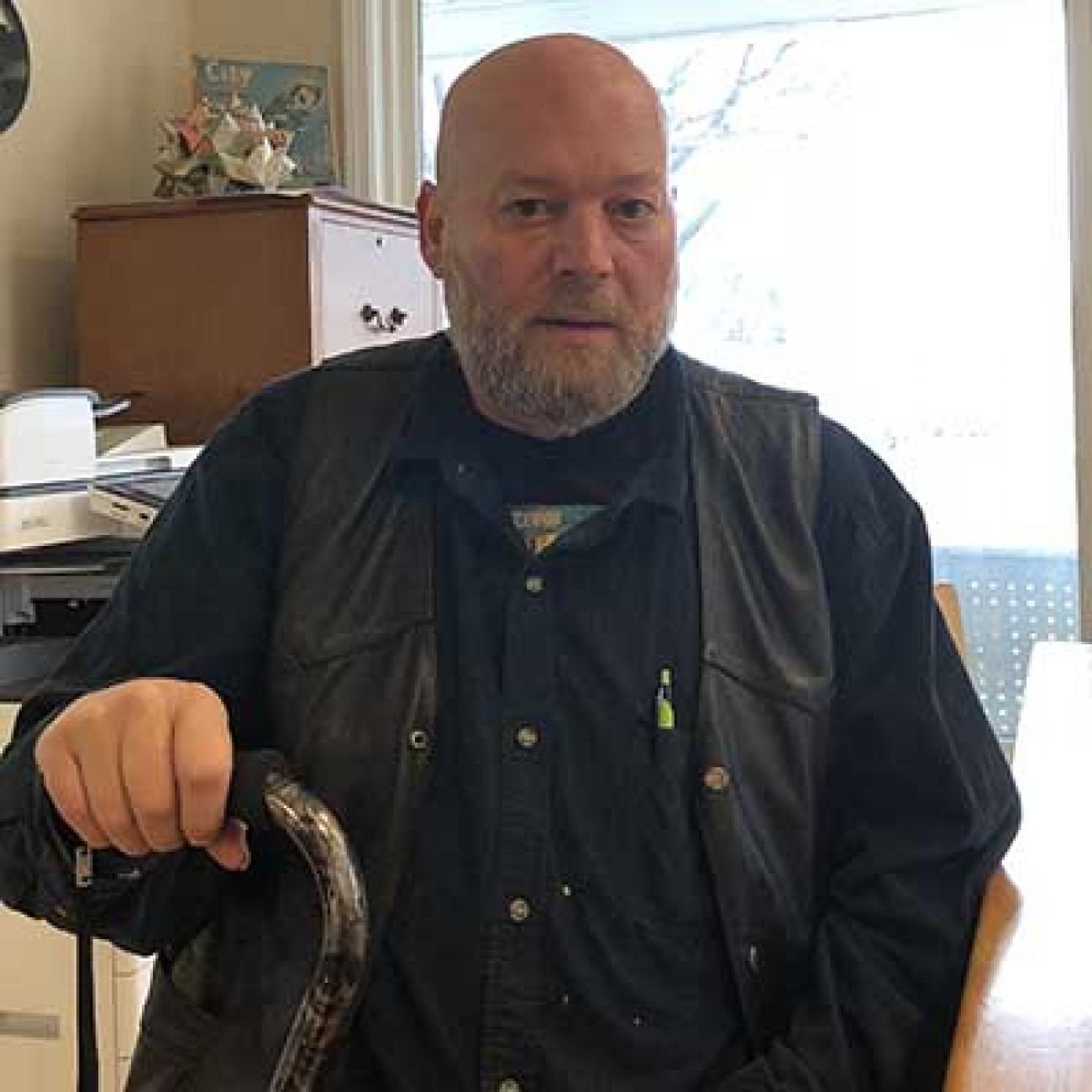 And on top of that, the United States spends more per capita on prescription medications than any other country in the world.

Several states, blue and red, are passing laws intended to lower drug costs for their residents – from penalizing pharmaceutical firms that dramatically raise prices, to buying medications in bulk from Canada. In Michigan, bills are expected to be introduced this week in the Senate, though they come from Democrats in a chamber dominated by Republicans, leaving their fate unclear. 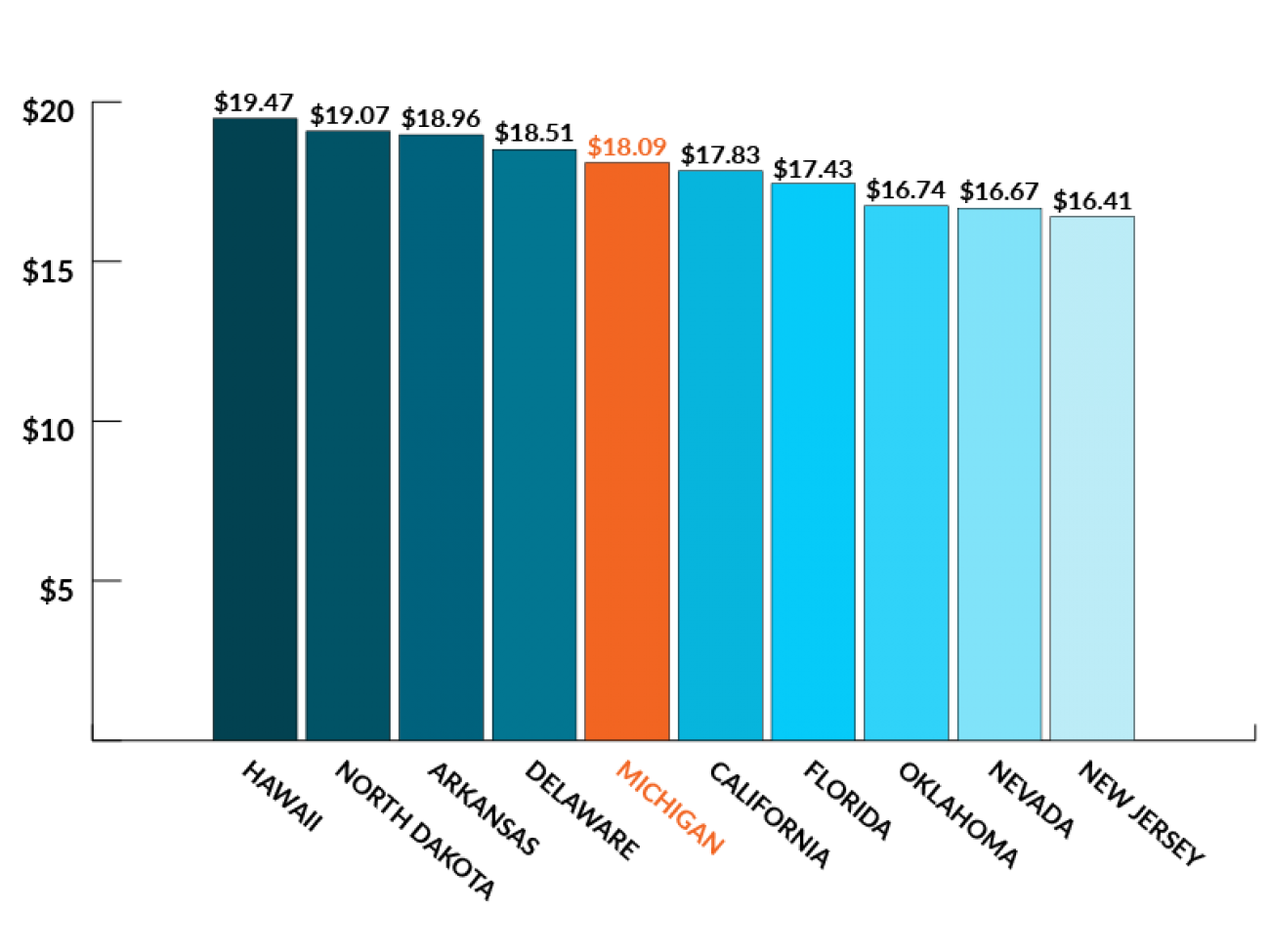 The Senate measure would set up a consumer drug watchdog board, with authority to demand that drug companies justify price hikes over 10 percent a year, and impose a financial penalty of $100,000 a day if they fail to offer a justification.

The measure would also require the state attorney general to investigate any drug manufacturer accused of price gouging Michigan consumers and determine if there is probable cause for legal action, including substantial financial penalties.

“Michigan families deserve to have peace of mind that that their prescription costs aren't going to skyrocket in the morning,” said Senate Minority Leader Jim Ananich, D-Flint. “Seniors on a fixed income need to feel confident that they won't have to choose between medicine or groceries or gas in the car every month.”

GOP leadership said it is reserving judgment on the proposals, which were first outlined in August.

Gideon D'Assandro, spokesman for GOP House Speaker Tom Leonard, said that Leonard “is willing to take a look at it.”

On another front, state Sen. Steve Bieda, D-Warren, introduced a bill earlier this month to require pharmaceutical companies to be more transparent about how they price prescription drugs. That includes how much they pay for marketing and advertising.

“I think the advertising is a big issue in how they drive demand for the drugs and how it impacts the costs of it,” Bieda said.

The soaring cost of certain drugs has stirred a rising national public outcry, with calls from some in Congress and the Trump administration to rein in prescription drug costs. Political donations seem to sometimes play a role in efforts to curb prices.

Public interest has been heightened by some high-profile cases, including:

A report by the University of Michigan’s Center for Healthcare Research & Transformation found that specialty drug prices climbed from 14 percent of total drug spending in Michigan in 2011 to 22 percent just three years later, a 42 percent rise.

And on the federal level, partisan gridlock has blocked any decisive action.

President Trump’s proposed budget trims drug spending for Medicare and Medicaid but experts are skeptical it will do much to change rising drug costs.

The powerful drug industry is pushing back on attempts to control drug prices with money and legal challenges. Industry representatives say these measures would impair their ability to conduct the costly research needed to develop new drugs.

The Pharmaceutical Research and Manufacturers of America, also known as PhRMA, reportedly increased member dues 50 percent in 2016 as it prepared for this fight. The pharmaceutical and health products industries spent nearly $250 million on lobbying nationally  in 2016, according to The Center for Responsive Politics. The industry group gave $14.7 million in the 2016 election cycle to GOP national House and Senate candidates and $9 million to Democratic national House and Senate candidates.

At the state level, PhRMA established a group in 2016 that spent $110 million to defeat a California ballot initiative that would have required state agencies to pay no more for drugs than does the federal Department of Veterans Affairs. PhRMA and other drug industry trade groups are also contesting drug price control and transparency measures with lawsuits filed in federal courts in Maryland, California and Nevada.

Ellen Albritton, a senior policy analyst for Families USA, a Washington D.C.-based nonprofit consumer advocacy organization, said it may fall to states to tackle this issue.

“States know their consumers are getting hit really hard by this. They are really taking the lead here.”

In many cases, analysts say, insurance will pick up the cost of expensive cost drugs. But that leaves consumers with insurance with high deductibles or no insurance at all vulnerable.

Albritton noted the “innovative” approach by Maryland, which approved in May the nation’s first law designed to penalize drug makers for price gouging on off-patent or generic drugs.

A federal judge in September denied a request for an injunction by the generic industry’s trade group, clearing the way for it take effect Oct. 1. That case remains on appeal. The Association for Accessible Medicines argues that the law violates the Constitution’s Commerce Clause because it regulates sales between generic companies and wholesalers that occur outside of Maryland.

Under the Maryland law, drug makers who hike the cost of a generic drug by more than 50 percent in one year will incur a fine of up to $10,000. It is an amount, critics say, that is less than pocket change to an industry in which annual retail spending on U.S. prescription drugs is about $330 billion.

The cost of generally lower-cost generic drugs in many cases has fallen since 2013. But in some instances generics have doubled, tripled or in some cases skyrocketed 10-fold or more:

The aggressive measures taken by states to slash drug prices could hit a federal roadblock once they pass, including legislation that looks to places like Canada for price relief. A 2003 federal law says the U.S. Department of Health and Human Services can approve drug importation plans if it is convinced the plans will save money and will not create public health concerns. In 15 years, HHS has never approved a drug importation program.

In 2017, two former commissioners of the Food and Drug Administration submitted a letter to Congress warning that drug importation would jeopardize drug safety and pose a “serious risk to patients and consumers.”

One analyst of state legislative affairs predicted this issue is not going away on the state level any time soon.

According to the nonpartisan National Conference of State Legislatures, 38 states had a total of 256 bills in 2018 related to prescription drug cost and payment.

“There is interest across the country,” said Richard Cauchi, health care specialist for NCSL. “This in fact is a hot topic and a focus of legislators in multiple parts of the country.”

With expected ongoing court challenges from the pharmaceutical industry, Cauchi said it’s hard to say what the impact of these laws will be.

“It’s going to take some months or years to know how they are going to be implemented. It’s too early to know what the long-term impacts will be.”