As Michigan ages, one woman has made it her mission to train family caregivers

Farmington Hills resident Paula Duren cared for both her parents, who suffered from dementia, at the end of their lives. Now she reaches out to other caregiving families. (The Detroit News photo by Clarence Tabb)
June 11, 2021
Ted Roelofs
Quality of Life

Quality of Life
As Michigan ages, one woman has made it her mission to train family caregivers

For Paula Duren, her one-woman mission to help families overwhelmed by caregiving is personal.

For several years, the Farmington Hills resident assumed primary caregiving responsibility for her mother and father, as her mother struggled with Alzheimer’s and her father with another form of dementia in their Ferndale home.

“I was there daily,” she recalled.

“My Mom got to be very paranoid. I sat with her every night as she sat in bed, and I made sure I was there the next morning when she woke up, so she would see a familiar face.”

As her mother’s health declined, and as Duren took her three times in just a few months to a hospital emergency room, she arrived at a painful truth.

“I had to accept that I was trying to keep her alive for me. I had to give her permission to go.”

But the emotional grind of those years also taught her something else.

“Caregiving can be absolutely overwhelming. We don’t ever think the role would change so dramatically. Our parents always took care of us, and here we are taking care of them.”

For several years prior to the COVID-19, Duren held dozens of free luncheon and “boot camp” sessions for family caregivers in southeast Michigan with a core message: You are not alone.

She built these boot camps, often all-day sessions, through a nonprofit she established a few years before, Universal Dementia Caregivers. She drew on her experience as a staff psychologist at Illinois State University as well as a business background at Ford Motor Company.

“People initially don’t know what to do,” Duren said.

“Most caregivers are not trained. In terms of resources that are out there, when you are in the midst of a storm or somebody doesn’t immediately support you, you say, ‘Forget it, I will handle it myself.’”

Duren also teaches caregivers that it’s not just OK ─ but crucial ─ to look after themselves.

In a documentary video called “Today was a Good Day,” about several Michigan caregivers, Duren drives home this lesson: “In order for you to be healthy, you have to take time for you.”

“Caregivers are the second silent patient,” Duren said. “They are dying sometimes before the person they are serving because of the stress.”

The pandemic halted Duren’s boot camps, though she hopes to restart them soon.

In the meantime, she holds weekly Zoom sessions for caregivers, as her counsel ranges from financial advice to tips to connect to state or local resources to exercises that can relieve stress.

Duren concedes her outreach is just a fragment of the support that’s needed, as she estimates she might be reaching 1,500 caregivers a year.

But she’s not about to quit, as she wants them to know: “Caregivers are awesome. They are heroes.”

Over the years, Ware often reached out to Duren for advice ─ or a shoulder to lean on.

“She is there for us. If I am having a bad day, I can contact her, send her a text. She is always available. That’s what I Iearned from her, ‘Make sure we take care of ourselves.’’’

But beyond the initiatives of individuals like Duren, advocates also point to an array of policy steps to broaden support for caregivers:

Beef up funding for the Older Americans Act

Enacted in 1965, the Older Americans Act provides critical services—such as home-delivered and congregate meals, family caregiver support, in-home assistance and other services that help about 11 million older adults live as independently as possible.

But with OAA federal funding at $2.06 billion in fiscal year 2019, it’s not kept pace with the rising needs of an aging nation. Although current funding is about 22 percent above what it was in fiscal year 2001, the population older than 60 has grown by 63 percent since 2001.

In the meantime, a Government Accountability Office study found that approximately 2 in 3 people ages 60 and older who had difficulties with daily activities received limited or no home-based care. If inflation and OAA funding trends continue, the inflation-adjusted appropriation will fall to a fourth less than it was in 2001.

Michigan is among a majority of states that provide funding under Medicaid to pay friends or relatives of an approved recipient for in-home personal care. But Michigan excludes spouses under that umbrella, as it’s considered part of their loving support for their husband or wife.

But more than a dozen states including Arizona, California, Kentucky, Minnesota and Vermont provide money for spouses to be paid caregivers under certain circumstances and if recipients meet income and financial asset guidelines.

“The fact that we don’t is a statement on the value we put on care ─ the idea that the spouse should be providing this care for free even, if it’s impoverishing them.”

In 2018, in one of his last acts, Gov. Rick Snyder, a Republican, signed Michigan’s Paid Medical Leave Act into law, requiring employers of 50 or more individuals to provide paid sick leave to their workforces.

It provides employees an opportunity to accrue paid medical leave at the rate of at least one hour of leave for every 35 hours worked, for up to 40 hours per benefit year.

Other states, including New York and California, have opted for more generous paid leave benefits that cover more workers.

California provides workers up to six weeks of paid leave to care for a seriously ill child, spouse, parent or registered domestic partner or to bond with a new child. The benefit amount is approximately 55 percent of an employee’s weekly wage, from a minimum of $50 to a maximum of $1,067. 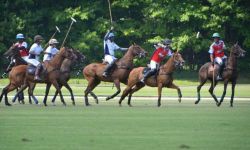 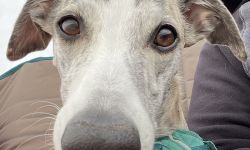